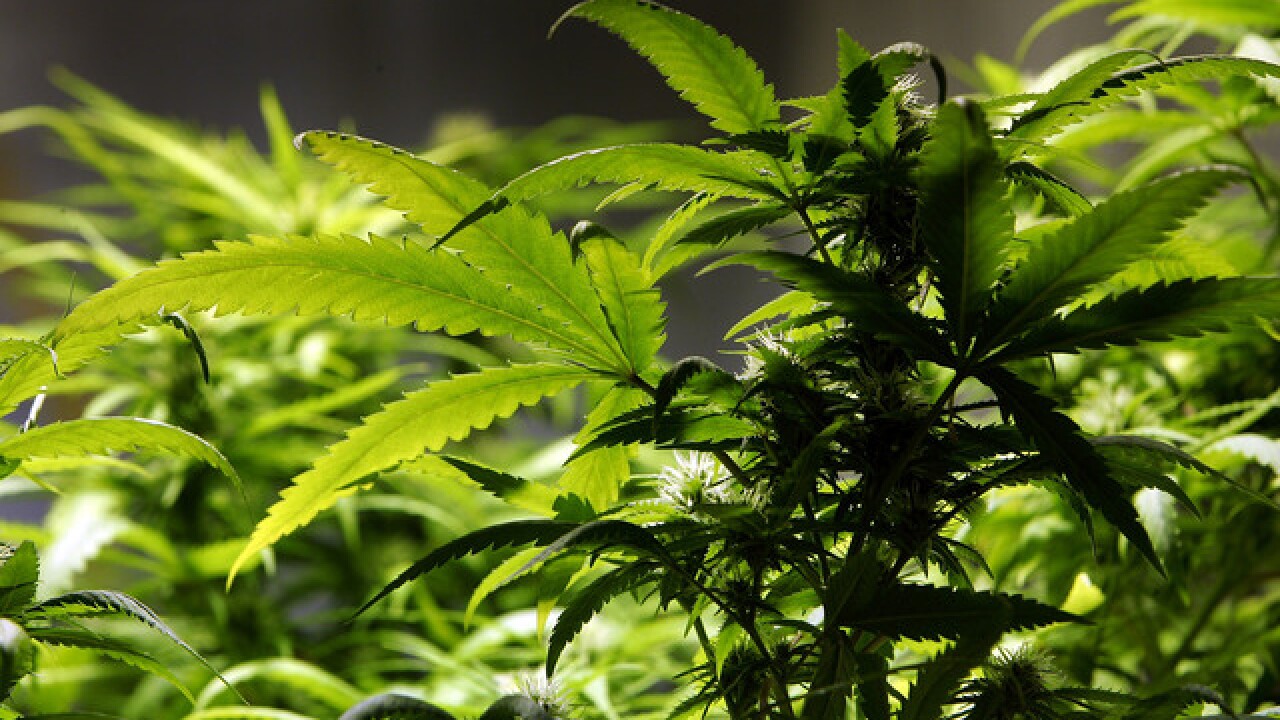 2007 Getty Images
Christopher Furlong
<p>AMSTERDAM, NETHERLANDS - FEBRUARY 07: A cannabis plant grows in the Amsterdam Cannabis College, a non profit charitable organisation that gives information on cannabis and hemp use on February 7, 2007 in Amsterdam, Netherlands. The city council in Amsterdam has recently voted in favour of introducing a citywide ban on smoking marijuana in public areas. A successful trial ban in the De Baarsjes district of Amsterdam has been declared a success after a reduction in anti social behaviour. (Photo by Christopher Furlong/Getty Images)</p>

Bakersfield Police seized large amounts of marijuana and more than $11,000 after serving two search warrants at marijuana dispensaries on Monday.

The warrants were served at Sunny Beach Collective on Brundage Lane and Green Door Dispensary on South H Street on Dec. 18.

The businesses were searched after they were instructed to stop operating illegally in Kern County, police said. The businesses continued regardless of their illegal status.

Police seized $11,790 in cash and a large amount of marijuana during the searches on Monday. Code enforcement officers deemed the structures uninhabitable for occupancy due to safety violations.

Since Oct. 1, police said these operations have shut down 63 marijuana dispensaries in the City of Bakersfield.

Anyone with information about these investigations is asked to call Bakersfield Police at (661) 327-7111.