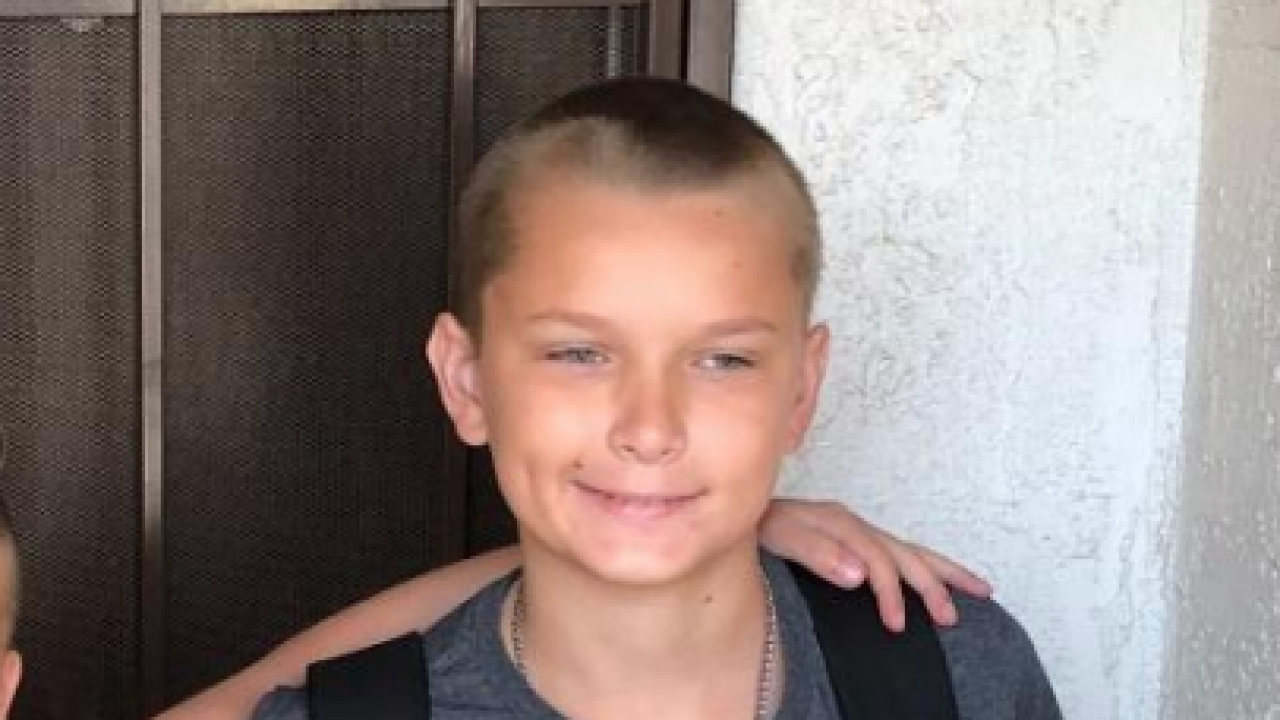 BAKERSFIELD, Calif. — BPD is asking for the public's help in finding a missing, at-risk 12-year-old boy.

According to BPD, Jeremiah Copeland was last seen on Friday, January 4 around 9:15 a.m. near his house in the area of Akers Road and Pacheco Road in Southwest Bakersfield.

Copeland is described as a 12-year-old white male, 5 feet tall, and weighs 100 pounds. He was last seen wearing a dark blue long sleeve t-shirt with a hood, gray Adidas sweatpants with green stripes, and no shoes.

Copeland previously went missing on November 28 and was found the next morning.

Anyone with information regarding the whereabouts of Copeland is asked to call the Bakersfield Police Department (661) 327-7111.