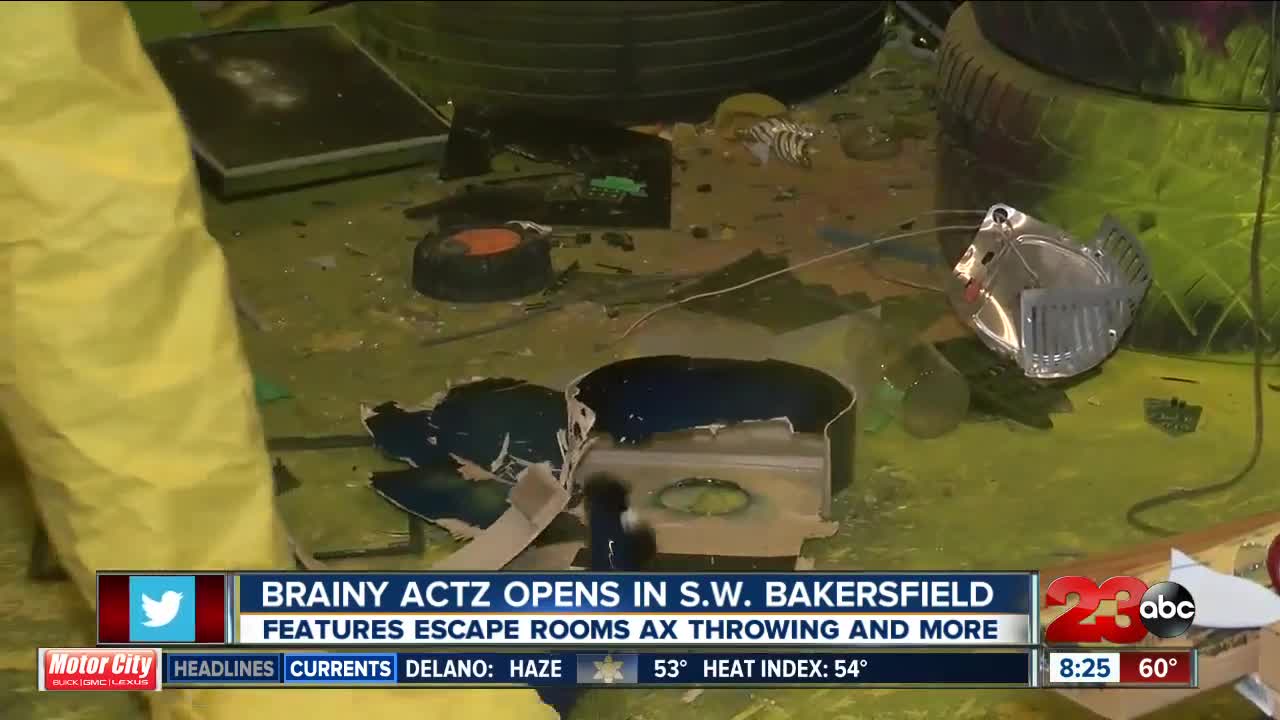 BAKERSFIELD,Calif. — A new attraction has arrived in Bakersfield the Brainy Actz experience. It is the first of its kind in the community, joining eight other locations across the country. On Saturday Brainy Actz hosted their grand opening in SW for the community to visit.

Jessica Gomez says that Brainy Actz will become their newest family hangout after going through the unique experience.

Over 1200 people were in attendance at the grand opening which offered customers discounts for activities. The site includes three escape rooms, a splatter paint room, ax throwing, archery tag, and nerf wars.

"It's huge for kids to get off of video games and TVs to spend time with families especially with the holidays coming up," said Anthony Bennett, owner of Brainy Actz. "It's perfect for team building events for even corporations to learn their employees."

The grand opening also hosted a pit barbecue contest with over 30 restaurants participating in who had the best dishes. Brainy Actz also partnered with several organizations throughout the community for the event.

Bennett shares the reason why they chose Bakersfield for their new home is for the growing opportunity and its people.

"We have everything at the Bakersfield location that none of the other facilities have," Bennett said.

For more information on Brainy Actz follow this link.