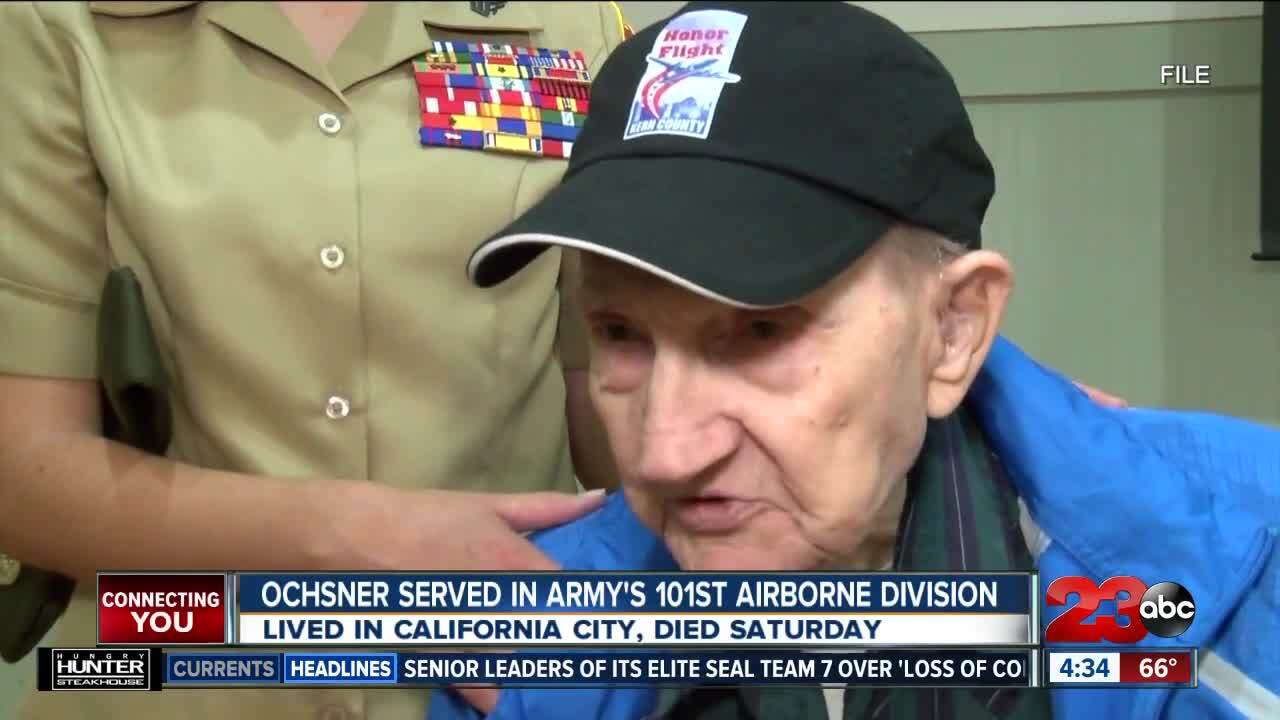 Ochsner, a paratrooper with the Army's famed Easy Company landed behind enemy lines on D-Day in support of the Normandy invasion. Henry was featured in A Veterans Voice talking about his trek across Europe and the battles that ensued. He was part of a group that liberated a concentration camp and ended up at Hitler's famed Eagles Nest mountain top retreat.

Henry fell at his home in June and suffered a broken bone. During an examination, doctors found a tumor in his colon. Henry Ochsner was 96 years old.