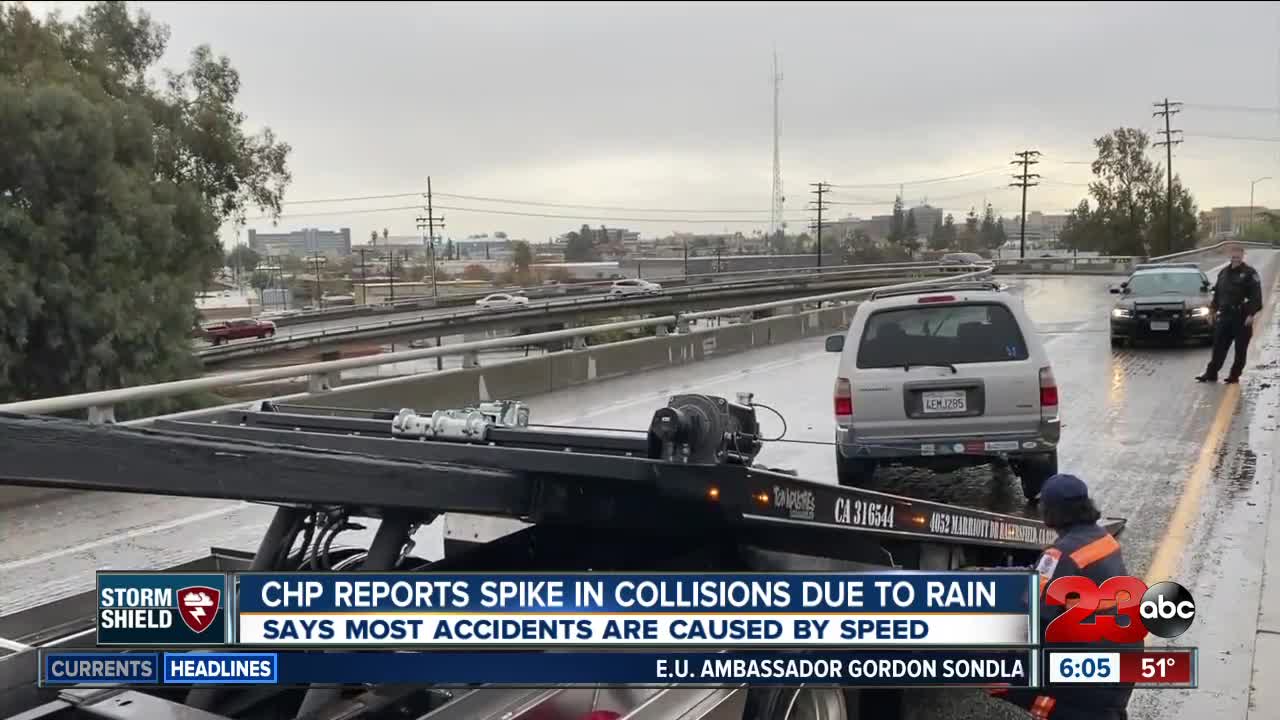 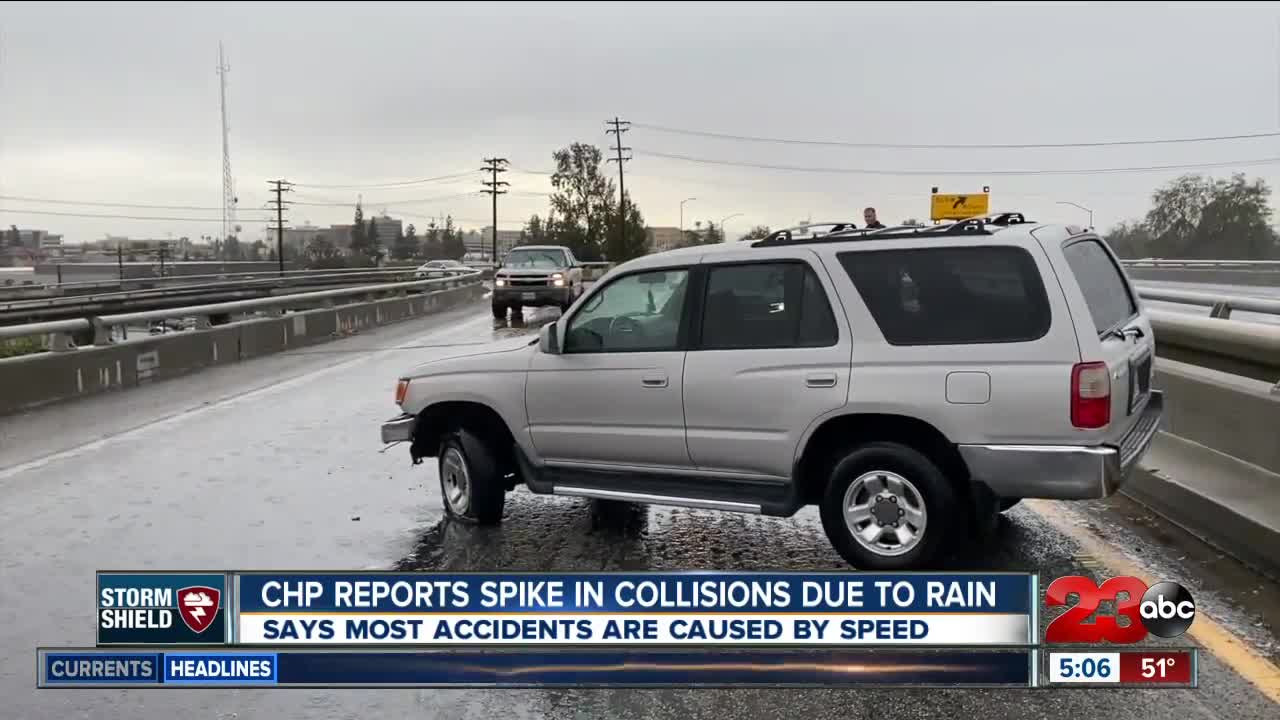 BAKERSFIELD, Calif. — Wednesday's rain left Bakersfield's roads slippery and dangerous. By 1:30 p.m., California Highway Patrol Bakersfield said they had responded to nearly double the amount of accidents then they do on a typical day.

The accidents included a cement truck overturning on the Highway 58 on-ramp from H street in the afternoon, closing down the on-ramp. The incident was cleared before 5 p.m.

There was also a crash in the morning involving three vehicles, including a Kern County Sheriff's deputy cruiser. According to CHP, a car spun onto the 99 southbound from the Rosedale on-ramp. The driver's car landed in the opposite direction on the first lane where a deputy was driving and struck the vehicle. Another vehicle driving on the 99 was also involved in the crash. All involved in that crash left with minor injuries.

CHP says they typically respond to about 20 incidents a day, but as of around 1:30 p.m., they were already up to nearly 50, including one incident involving a crossing guard in Oildale.

The crossing guard was hit in the area of Beardsley Elementary School.

Authorities underline the importance of slowing down in the rain, keeping your headlights on, and keeping your distance from other vehicles.

Officer Rodriguez says most accident having to do with rain are caused by speeding.