Concert celebrates the sound of Bakersfield 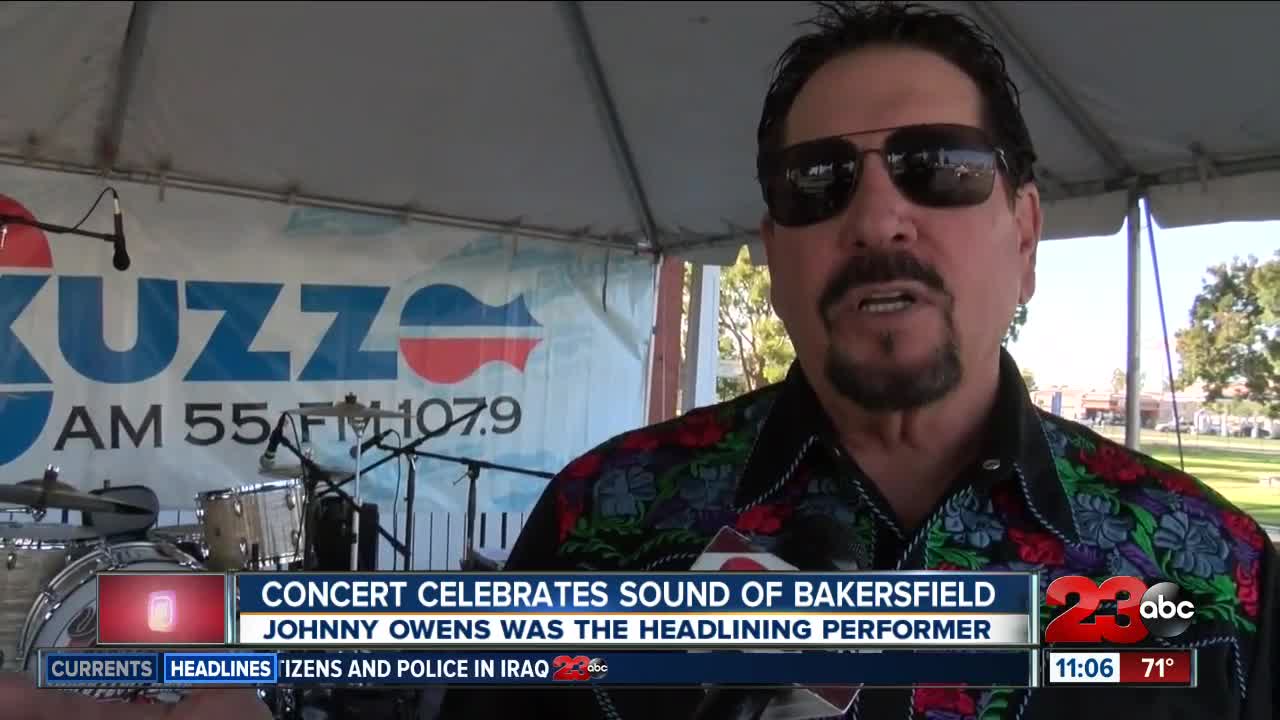 BAKERSFIELD, Calif. — A concert was held Sunday to celebrate the sound of Bakersfield.

The event was held at Greenlawn Mortuary and Cemetery located in southwest Bakersfield, the cemetery where Buck Owens' grave is located. The concert was headlined by Buck's son, Johnny Owens.

"To come out here and everything else and be close and letting him hear me, you know, he never got to hear me when he was alive, I never performed. It was one of those things where I was too scared to do it cause he was so darn good at it and I just never got on stage with him," Johnny Owens said about his dad.

The Owens family has a private mausoleum on the lot called "Bucks Place."

"We're celebrating not only their lives but we're also celebrating the birth, if you want to call it that, of the Bakersfield sound and stuff. We appreciate playing all this kind of music and I appreciate being out here," Owens said.

The Bakersfield sound is something that longtime residents like Doris Arnold value highly.

"It's the old country music that makes people feel apart of one another. It's just good basic country people like we are here in Bakersfield," she said.

The Bakersfield sound is also something that some Bakersfield natives say they want to get more in tune with.

"I really didn't expose myself to the Bakersfield sound before, but I know that it in country music it was, and it still is very important to a lot of artists in country music and just in general," said Camelia Sanchez, who was born and raised in Bakersfield.

About 200 people turned out to the concert, most staying under canopies as the sun beat down. Johnny Owens says the event was special, especially because he never got to play in front of his father.

"And I'm sorry that I didn't, but you know, boy I tell you what, he's hearing me now so I appreciate it," he said.