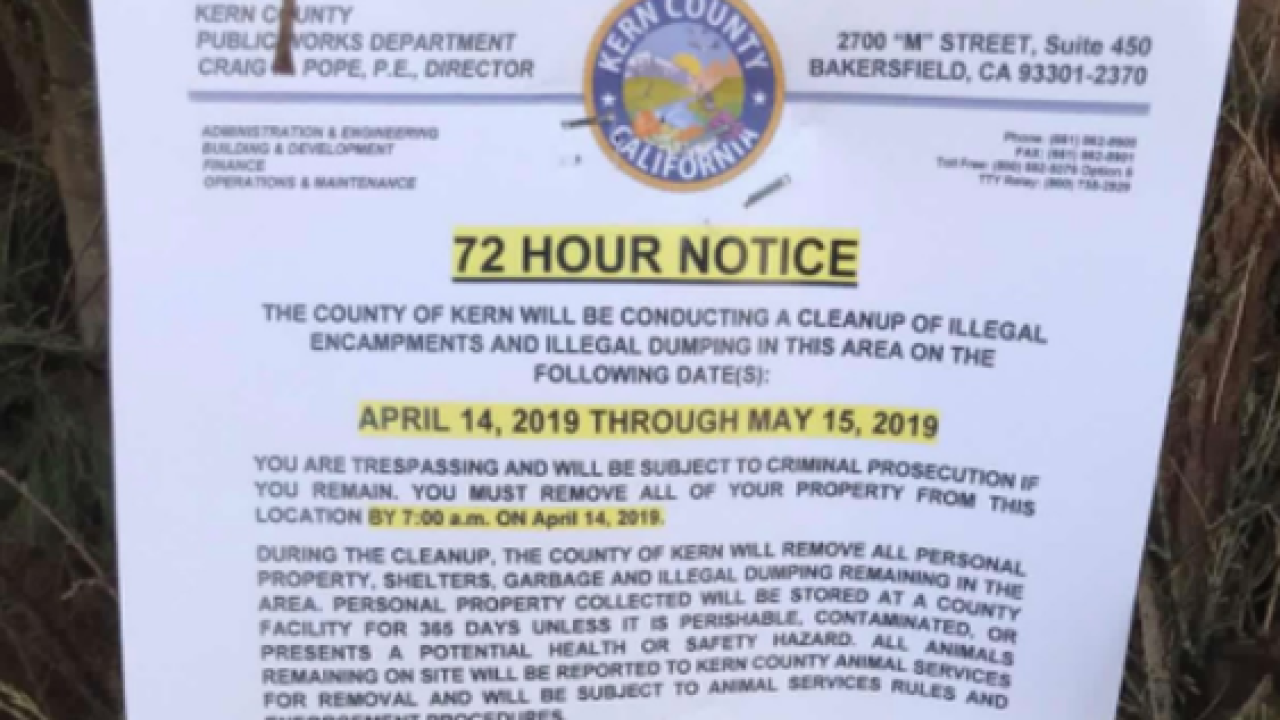 BAKERSFIELD, Calif. — According to a notice put up by the Kern County Public Works Department, the county will be conducting a cleanup of "illegal encampments and illegal dumping" at the Bakersfield Play Center.

23ABC reported on Tuesday that parents and staff reported homeless people leaving behind trash, drug paraphernalia and furniture just yards away from the preschool.

The director of the preschool, Angiees Parza said that the issue of dumping has been going on for years. Parza said that because the center is on the border of the city and the county, neither was taking responsibility to clean up the area.

City officials told 23ABC that they have responded to the area multiple times, dating back to 2002. However, city officials said the open field is county jurisdiction.

Now, officials with the County have issued a 72 hour notice for a cleanup. According to the notice, the cleanup will take place from April 14 through May 15.