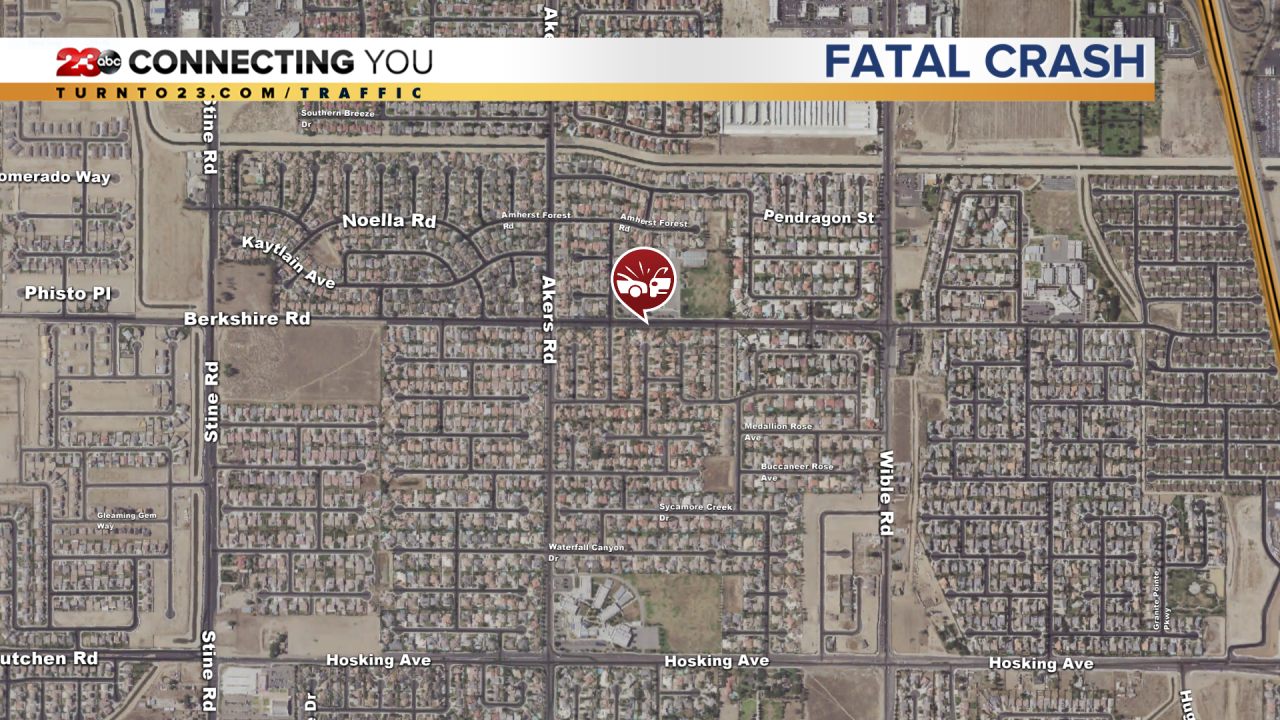 BAKERSFIELD, Calif. — The Kern County Coroner's Office has identified the driver who died in a crash in Southwest Bakersfield last week.

The coroner said Michael Paul Brashear, 30, was the driver of a vehicle that collided head-on with another vehicle.

According to police, at about 2:25 p.m. Thursday Aug. 13, a sedan, driven by Brashear, was traveling eastbound on Berkshire Road crossed into the opposite side and crashed into an oncoming truck pulling a trailer. Police are still investigating but believe speed could have been a factor.

Brashear was pronounced dead at the scene.

The driver of the pickup truck was taken to a local hospital with minor injuries.