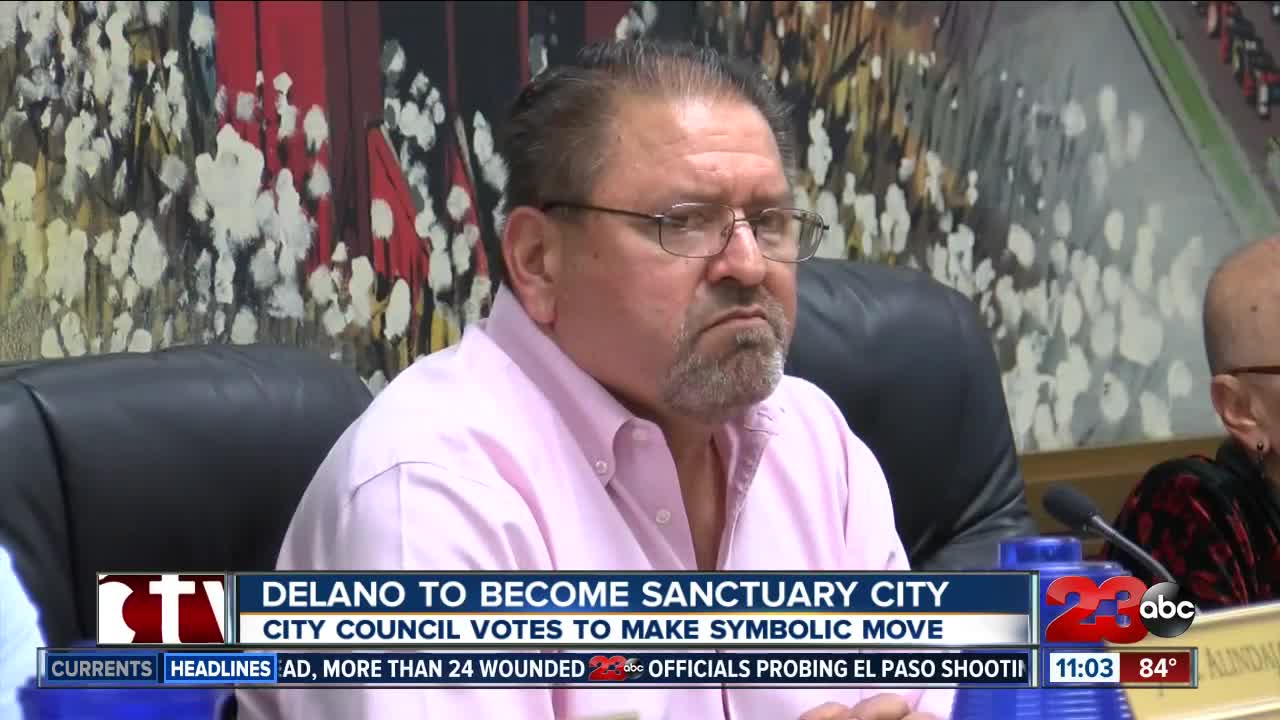 The measure was decided at a city council meeting with a 4-1 vote, and officials want to make sure the public knows that undocumented migrants are still not fully protected in Delano.

“We’re here simply to determine whether a resolution can have a physiological effect on a community, specifically the immigrant community. And I think it can," said councilman Joe Alindajao as he spoke in front of Monday's audience at Delano City Hall.

Alindajao was one of four council members that voted in favor of passing the measure. Being a sanctuary city means Delano police will enforce state law, not federal law. But that does not mean federal authorities can’t still arrest undocumented migrants in the city.

“I think the misconception about sanctuary cities, when one becomes a sanctuary city, is that that is going to prevent the federal government from coming in and arresting an undocumented individual. And that’s not true. A city can not stop that, said councilwoman Grace Vallejo.

Vallejo's concern about the current administration is part of the reason why Delano Mayor Joe Agiurre was the one vote against the measure.

But in a city that's made up of about 30 percent migrants, many are happy that there will be less stress now that Delano is known as a sanctuary.

Hector Jimenez is a DACA recipient who moved to Delano from Mexico when he was 6 years old.

“Since they passed this I am hopeful that the people will remember that we are a community and continue to rise to the occasion, and just continue to contribute to the economy, the culture, and the community," Jimenez said.