Dozens attend Downtown Bakersfield 'Pub Crawl' for a cause 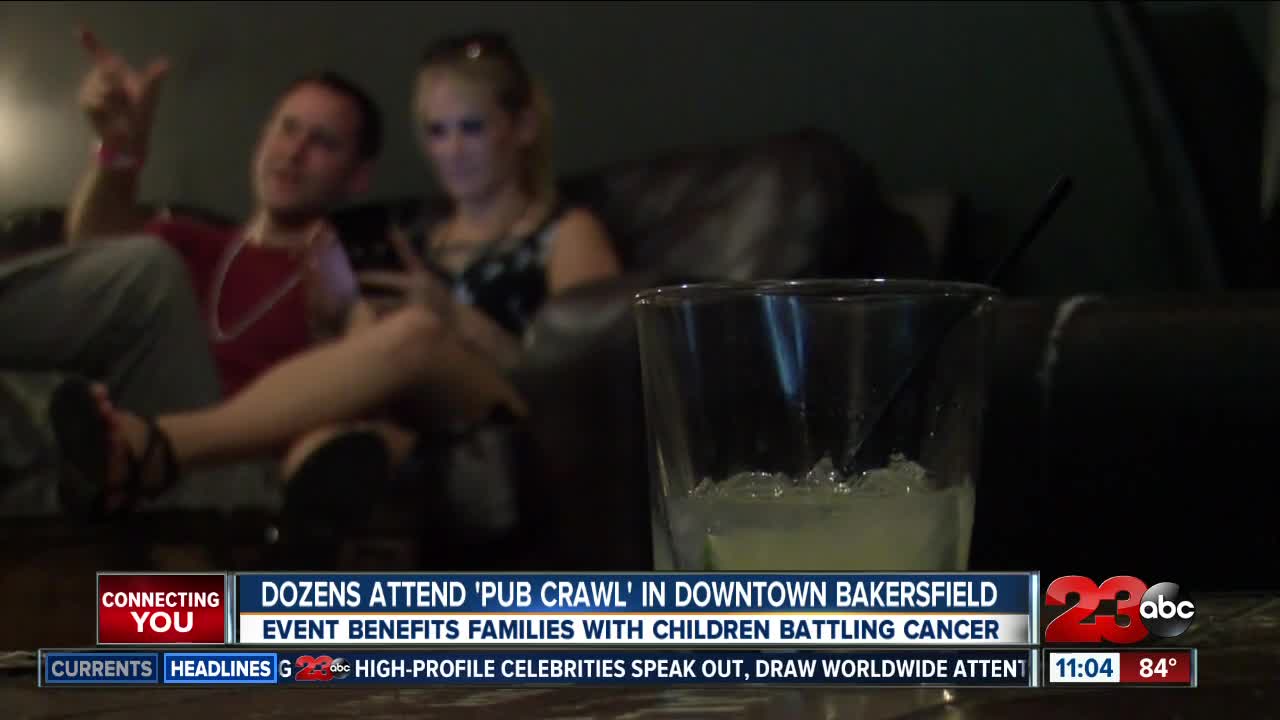 BAKERSFIELD, Calif. — Dozens of people gathered in downtown Bakersfield on Friday for a night on the town, all part of a special pub crawl benefiting a local charity.

"I have done like a couple of these pub crawls now and the very first time was awesome because it showed me a lot of bars downtown that I had never seen before even though I've lived here my whole life," said Jessica Reyes, a life-long Bakersfield resident.

That's why Reyes and about 60 others signed up for Friday's Prohibition Pub Crawl. The event encouraged attendees to dress in a prohibition-era outfit and see what downtown Bakersfield has to offer.

"Downtown is such an integral part of Bakersfield that having these events, like the pub crawl ,or even things like First Friday, stuff like this really brings us back to our roots downtown," said Bakersfield resident Michael Juybari-Johnson.

The event was organized by dothecrawl.com, who brings pub crawl to several cities around California. They say the term "Pub crawl" originated in England, where party-goers would go from one tavern to the next stopping for one drink at each establishment, and by the end of the evening, some of the folks were crawling rather than walking.

"Sometimes during the day it gets pretty slow, and I think it helps a lot of the local businesses downtown as far as bar life goes. Like it brings people out more," said Wyatt Walston the bar manager at Riley's Tavern.

On top of helping local business, a portion of Friday's proceeds will be donated to second star to the right, a local, non-profit charity that helps families with children battling childhood cancer.

"It means a lot to me to be able to give back to charity, it makes everything I do a little bit better, because I know that I'm helping people," said Sherron Reeder, the Owner of dothecrawl.com