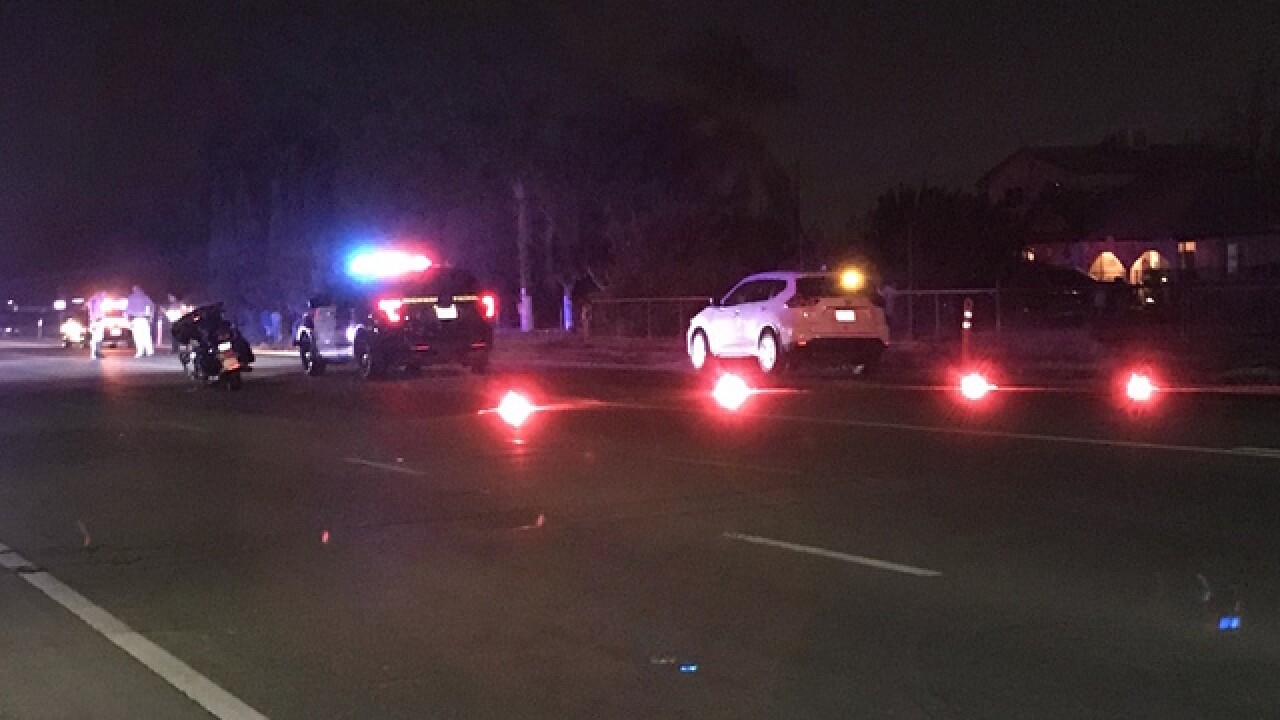 A driver has been arrested following a deadly crash in Southeast Bakersfield.

According to CHP, around 7 p.m. on September 26, a 2015 Hyundai Sonata was driving northbound on Cottonwood Road just north of Cheatham Ave. in Southeast Bakersfield when the car struck a female pedestrian who was crossing the road. The Hyundai fled the scene, then later returned.

The pedestrian was severely injured and pronounced dead at the scene of the crash. 21-year-old Omar Padilla, the driver of the Hyundai Sonata, was arrested at the scene for felony hit and run.

According to CHP, neither drugs nor alcohol appear to have been factors in the crash. CHP says the crash is still under investigation.