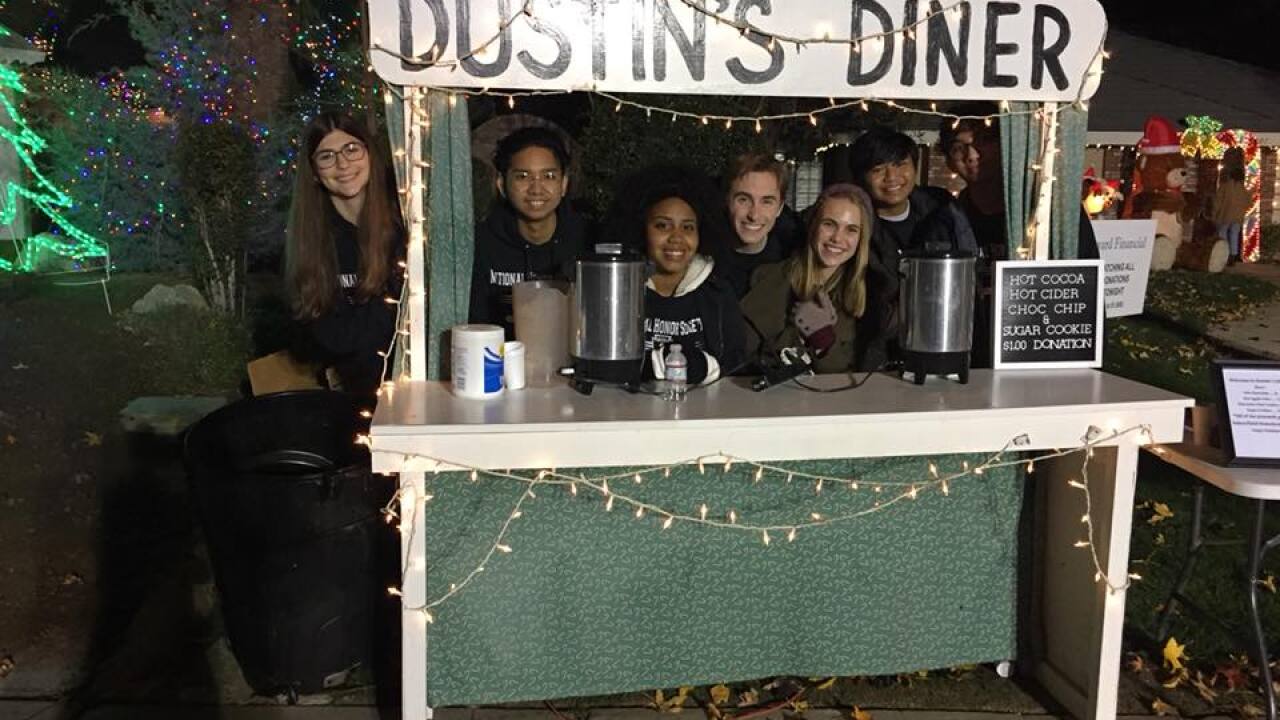 BAKERSFIELD, Calif. — What started as a small neighborhood project is now giving back to the entire community in a big way. Dustin's Diner presented the Bakersfield Homeless Center with a $21,000 check Tuesday.

Every year the business runs until the end of December and then donates its proceeds to the BHC.

The business started back in 1993 and was the brainchild of brothers Dustin and David Kilpatrick who were 9 and 11 years old at the time. Since it started, Dustin's Diner has raised over $180,000, according to their Facebook page.

It's located in the Haggin Oaks neighborhood, often surrounded by decorated homes. Dustin's Diner operates during the holidays, selling cookies, hot chocolate and apple cider to the community.