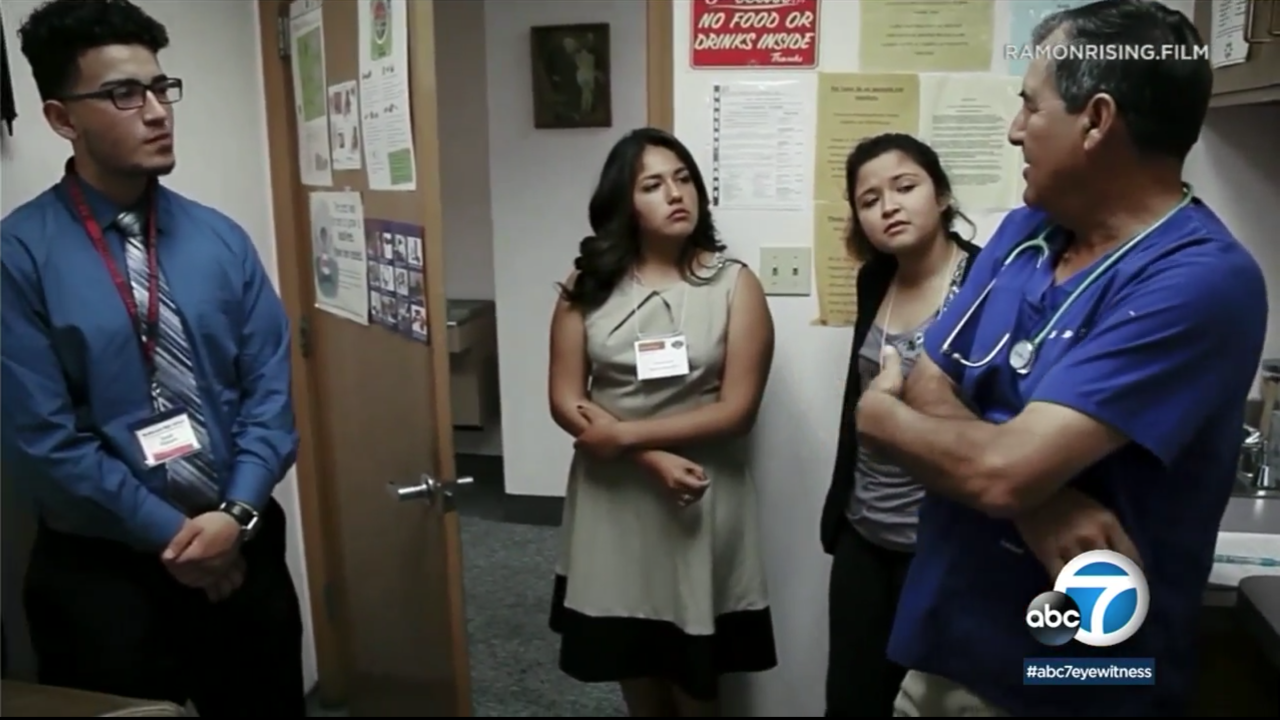 KABC - From farmworker to physician - the story of Dr. Ramon Resa is one of resilience.

At the age of two, Resa was given up to a family in California's Central Valley who already had 14 children. At the age of three, he began picking cotton to help support his adopted family.

He pushed through all obstacles and graduated from UCI Medical School. Resa is the subject of a documentary called, "Ramon Rising."

He said wanted to become a doctor, because growing up he never saw Latino physicians and he never felt like doctors truly cared about him.

He says his family experienced medical nightmares - including his mother's husband.

"Her husband had an accident on the farm, hit his head. He went to the emergency room on Christmas Eve. They told him there was nothing wrong with him, go back to work. So he died of a brain hemorrhage. My aunt Helen had breast cancer. She went to go see a doctor. She said they treated her like dirt and that she'd rather die. She went home. She died. So I thought, well, what am I doing in college? I should go be a doctor. My people need a doctor. So that was my inspiration," Resa said.

Resa now treats the children of migrant farmworkers in the Central Valley where he grew up. He also travels the country, inspiring young people to reach for their dreams.