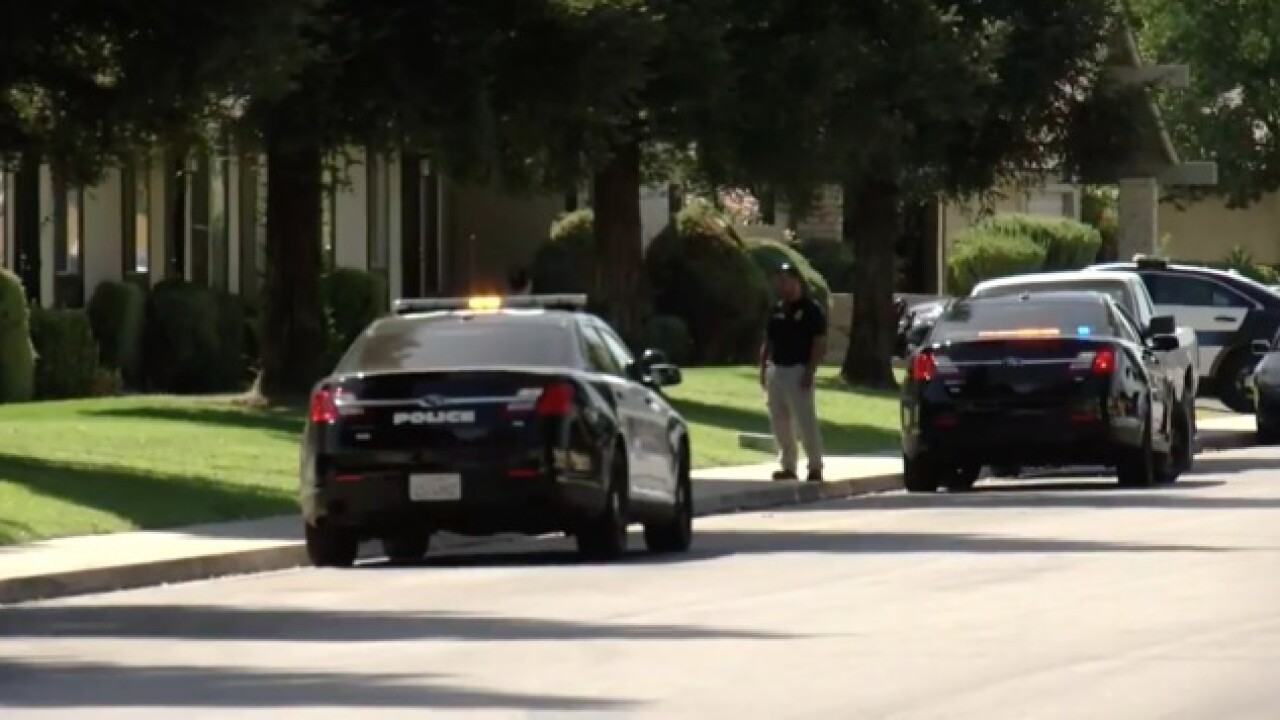 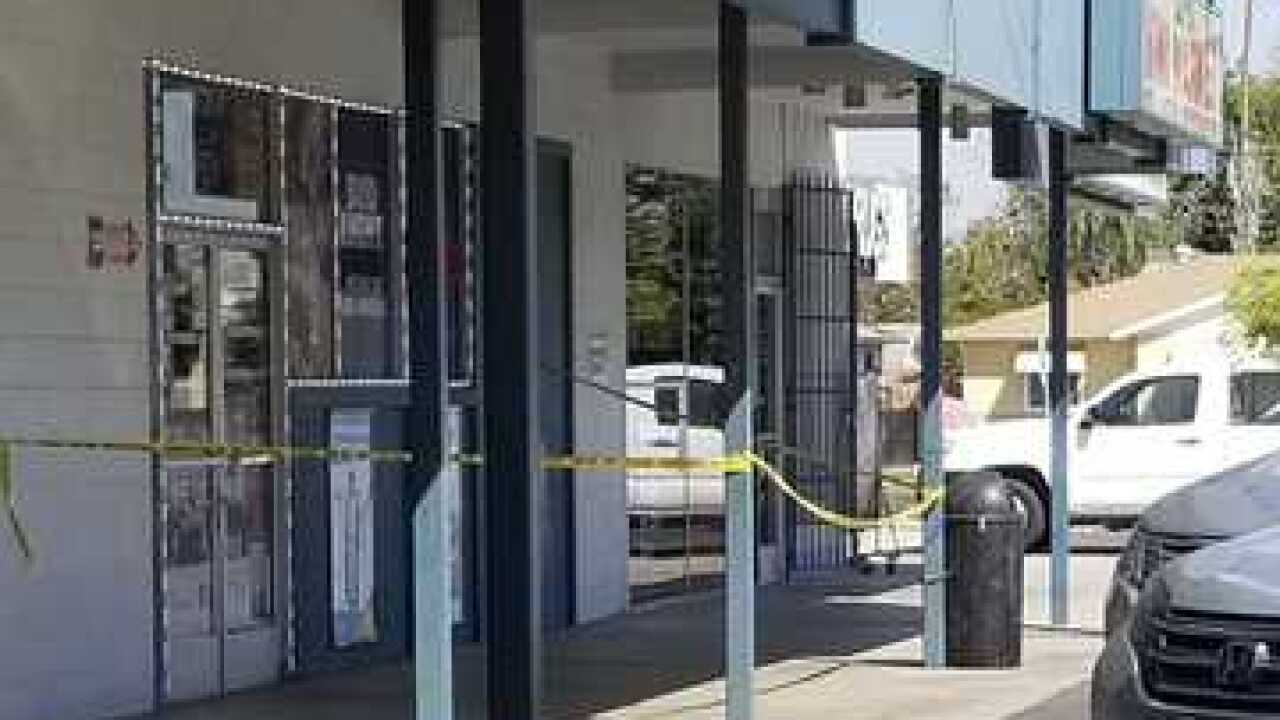 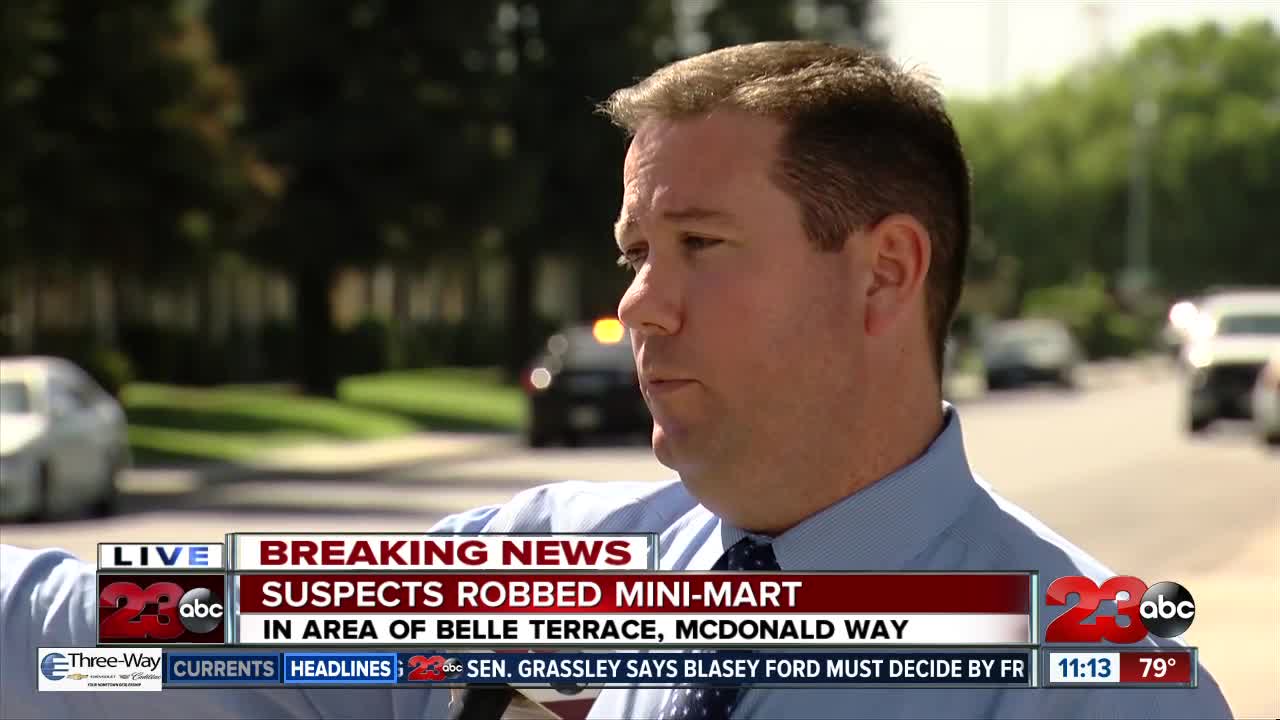 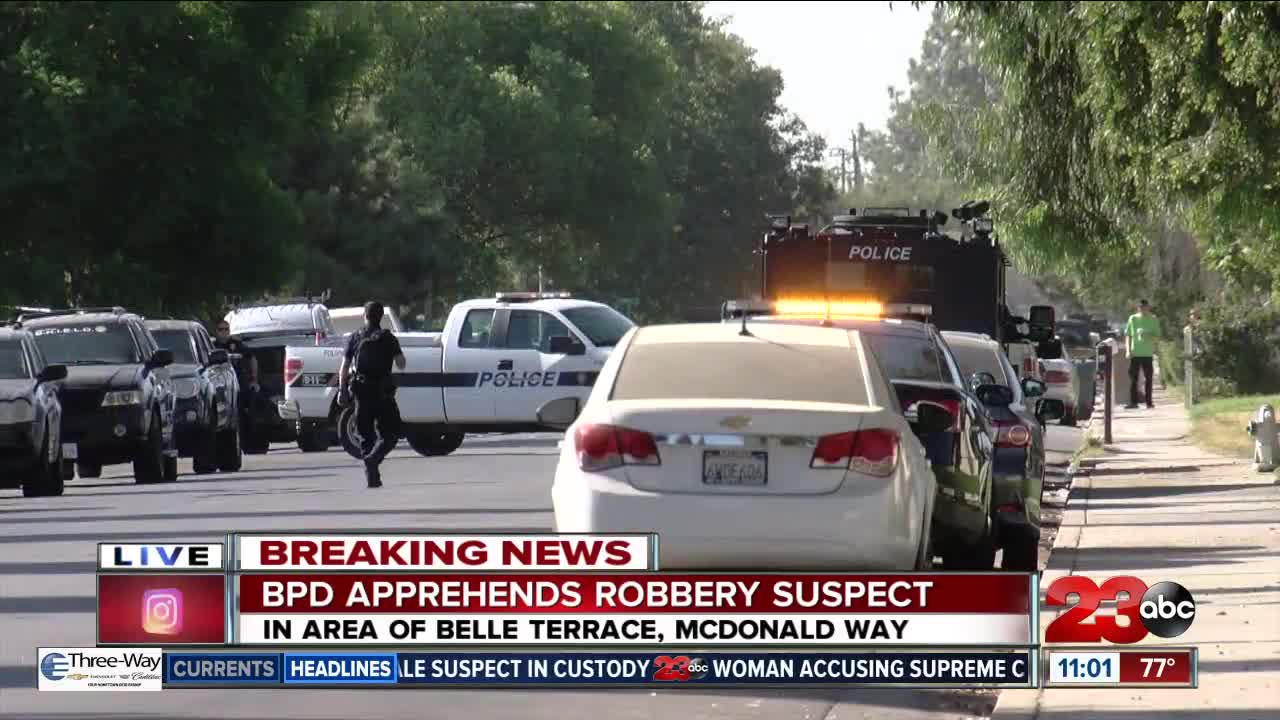 Four suspects have been detained after a story robbery that led to three schools being placed on lockdown.

According to BPD, around 8 a.m. on September 20, two Hispanic males entered into Jay's Market on South H St. The two used bandanas to cover their faces, and one was armed with a firearm.

The two robbed the market and then drove off in a gray Toyota Corolla. A Hispanic male and a Hispanic female were also in the car. A marked patrol car spotted the vehicle at Belle Terrace Rd. and Stine Rd. All four occupants then fled from the car and a foot pursuit ensued. Some suspects fled to Belle Terrace Rd. and McDonald Way.

All four suspects were detained. One suspect was apprehended with the help of a CHP K9. That suspect was taken to the hospital.

Munsey Elementary, Curran Middle School, and West High School were put on lockdown  as BPD searched for the suspects.