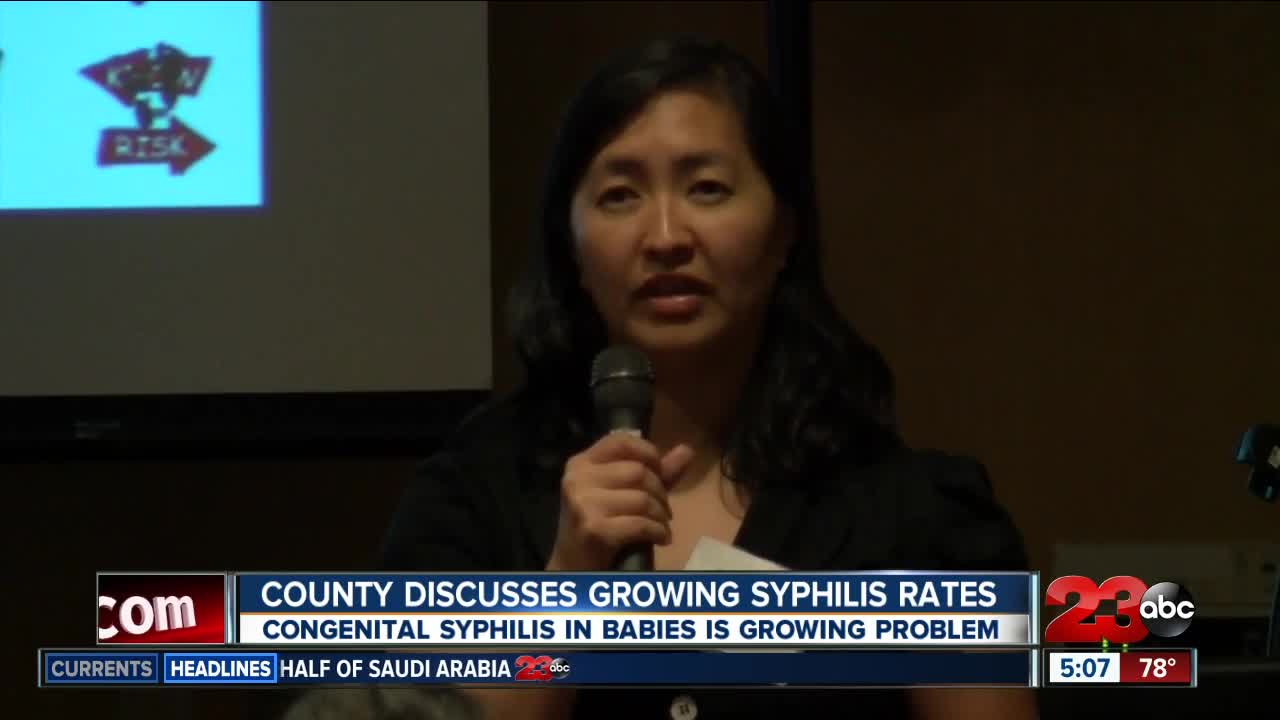 The health department called a special summit Wednesday at the Marriott in downtown Bakersfield to speak with local doctors and other health officials about the growing problem.

"Since 2012 we've had 171 infants born with congenital syphilis. 14 of those infants have died," said Kimberly Hernandez, an epidemiologist and assistant division director of health services at the health department.

The summit brought local health providers and doctors to discuss combat the disease. Medical students also sitting in and learning from the summit.

"I'm shocked and sad because this affects a vulnerable population, babies...They come in to this world and they're already sick and suffering," said Madeline Macalintal, a nursing major at California State University Bakersfield.

Although congenital syphilis is treatable, infants that survive can have long term effects including bone deformities and seizures.

Syphilis is easily treated with penicillin, and Hernandez said if a mom is treated within 30 days of delivery, it can prevent the transfer of the STD to her baby, although the earlier in the pregnancy, the better.

So why is Kern County seeing a growing trend, if it's so easy to prevent? Hernandez says it's hard to know an exact culprit. But Wednesday's summit included talks with organizations that help those who might have a hard time getting prenatal care.

"For substance use, as well as homelessness and domestic violence, as well as we have representatives from various health insurance companies because a large piece of this is paying for testing and treatment," Hernandez said.

The health department says if you're sexually active, you can do your part by getting tested regularly so that STDs do not spread.