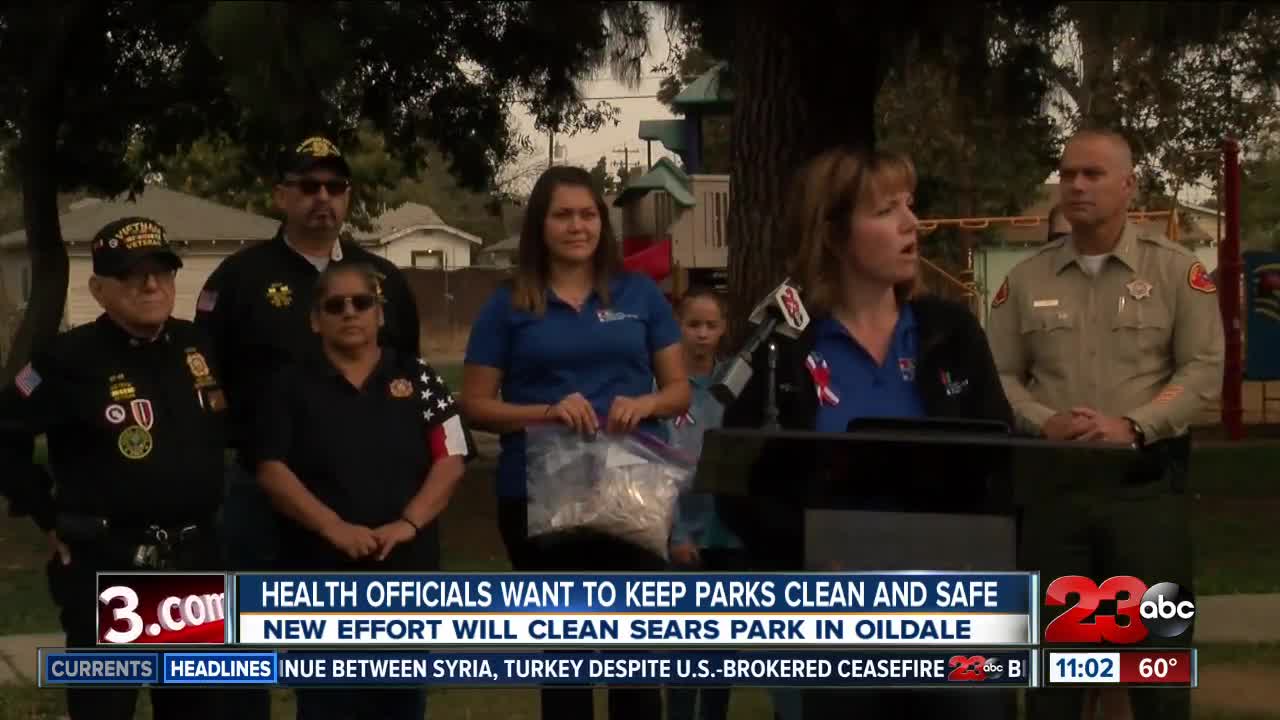 The department asked people in the area what their main concerns are about Sears Park. 52% said drug use, and 39% said park dwellers make them feel unsafe.

"We want to be able to use this place but we don't feel safe with a lot of the homeless and stuff here, I see them acting kind of crazy and we're not sure what they're under the influence of or if our safety is in jeopardy. And the drug paraphernalia and the toys that's not safe for our children," said Lori Gordon, who lives near Sears Park.

Gordon is one of many residents in Oildale who officials say want their park back.

"Look at the amount of cigarette butts we found mostly concentrated in the play equipment during one clean up, this is nearly 800 cigarette butts, and we all know OCAT is out here frequently picking up, so this is very unfortunate and this must change," said Brynn Carrigan, Of the Kern County Public Health Services.

And that change is the Park Partner Program, which is essentially a neighborhood watch program for sears park. Officials also installed a kiosk where used syringes can be disposed of safely.

"The Kern County Sheriff's Office has committed to responding to your calls, if you see inappropriate behavior occurring in the park, such as drug use or fighting, or you find a syringe discarded in the park please call them immediately," Carrigan said.

Carrigan said local school districts are also committing to responding to phone calls about school-aged kids dwelling in the park during school hours. Another major reason for the park cleanup effort is to fight the county's obesity problem.

"Obesity, heart disease, and diabetes can all be prevented through diet and exercise. Parks are existing resources available to our community that can be used to combat chronic disease," Carrigan said.

"I suffer from diabetes, I recently lost a lot of weight so one of the things my grandson and I do is we walk in the evening, like stop by the park and play here a little bit, but we can't do that anymore cause we just don't feel safe," Gordon said.

Officials say Kern County has one of the highest obesity rates in California.