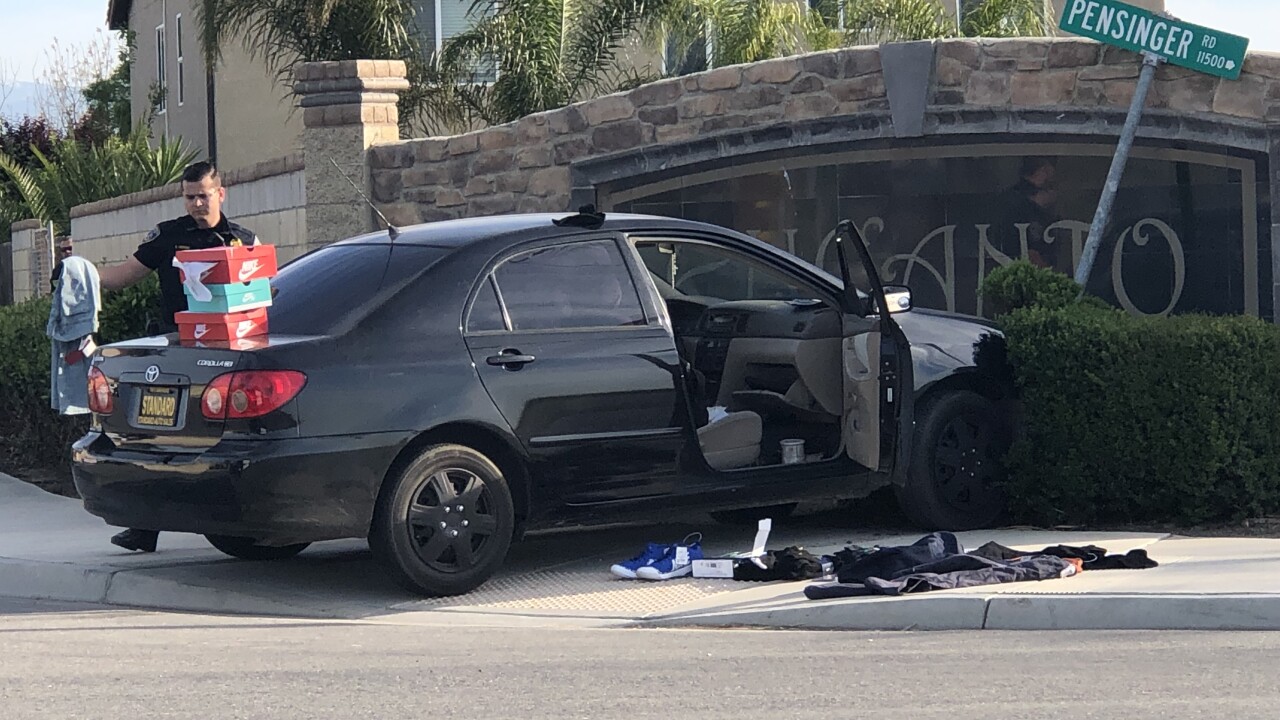 BAKERSFIELD, Calif. — Multiple people are in custody after a high-speed chase that led to a crash in southwest Bakersfield.

The Bakersfield Police Department said it started as a traffic stop in the area of Harris Road and Gosford Road. The driver of the car then led officers on a short high-speed chase. The chase was called off because of the high speeds. After it was called off, the car crashed into a wall near Harris Road and Buena Vista Road.

BPD said two people were initially detained then another two were detained after they were located in the surrounding area.

BPD said they believe some of the items found inside the car are stolen.