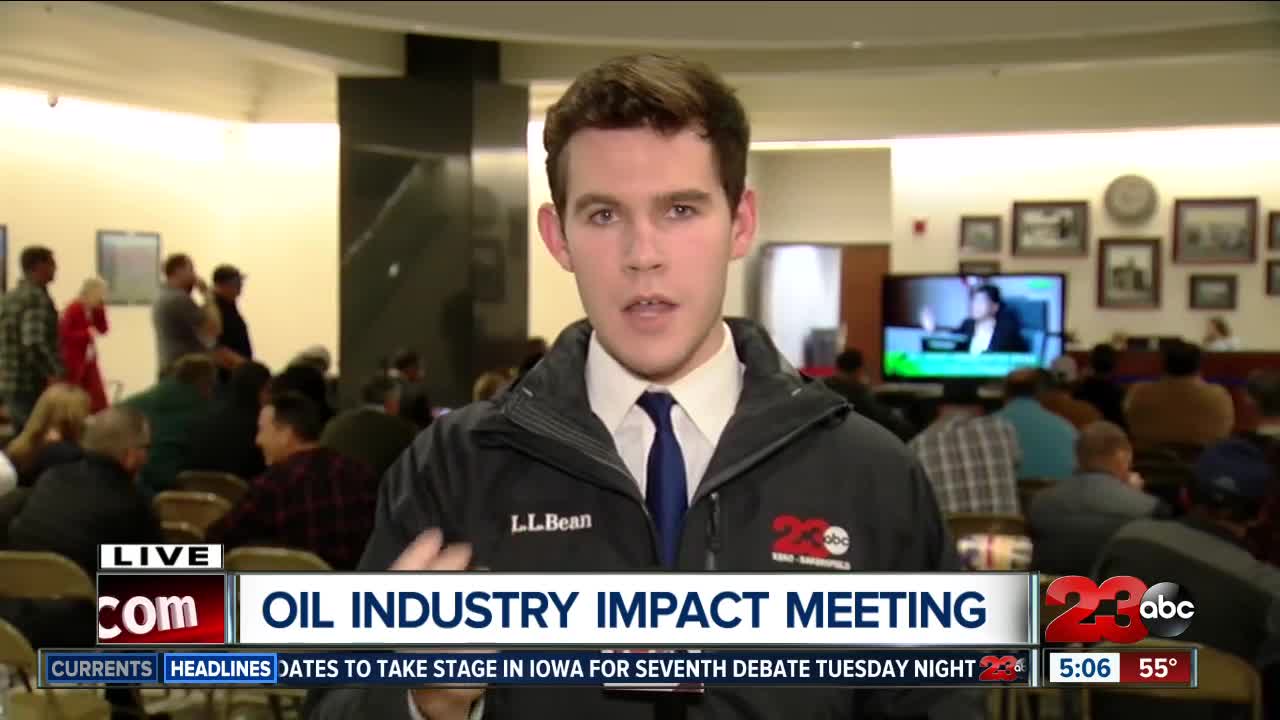 BAKERSFIELD, Calif. — For months, many in Kern County’s oil business have felt attacked and frustrated as California Governor Gavin Newsom has taken major steps to squash the industry. Today, the governor’s administration was in town to discuss their plans, and to hear from locals about how the potential loss of the oil industry would impact Kern.

State officials gave an explanation for their rules and regulations today, but the thing that stood out more than anything was the hundreds of oil representatives and members of the general public who turned out to fight to give a piece of their mind about the controversy surrounding one of Kern’s most important industries.

Most turned out to show just how critical the oil industry is to Kern’s economy. But before the meeting, a press conference was held where locals spoke out about a different message. About oil being unhealthy for our environment.

“We have the highest rate of childhood asthma because of our air quality. The oil industry and fracking is hard on both the air quality and water quality," said Mary Lynn Briggs, an ICU nurse at Mercy Hospital who was a part of the press conference.

Briggs saying she acknowledges the oil industry’s importance to Kern, but she believes the health of the people who live here should be given equal importance. After the press conference, it was time to head into the Board of Supervisors meeting, which was so packed that there were overflow crowds. There was also no shortage of people stepping up to the podium in defense of the oil industry.

“This is about the 24,000 men and women in Kern County whose careers are being impacted by an uncertain regulatory environment in the state of California," said Christina Sistrunk, President and CEO of Aera Energy.

Those oil CEOs are talking about several bills and new bans implemented by Governor Newsom in an effort to limit their industry, including halting new oil extraction wells that use high-pressure steam, a process linked to recent oil leaks in Kern. The crackdown also came amid several reports saying that burning fossil fuels is the dominant source of emissions that cause climate change. Representatives from the governor's administration spoke toward the end of the meeting, and were grilled by the Board of Supervisors as the meeting progressed.

“We recognize that many of the issues, the state, the nation and our world face. Climate change, modernization, globalization, all those things are having a disproportionate impact on Kern County," said Anthony Williams, Affairs Secretary for the governor’s office.

Williams and the other representatives from the state showed no signs of backing down from their rules and regulations. But they will take everything they heard today and relay it back to Sacramento. They say they will work with local leaders to determine how to move forward with the oil issue.