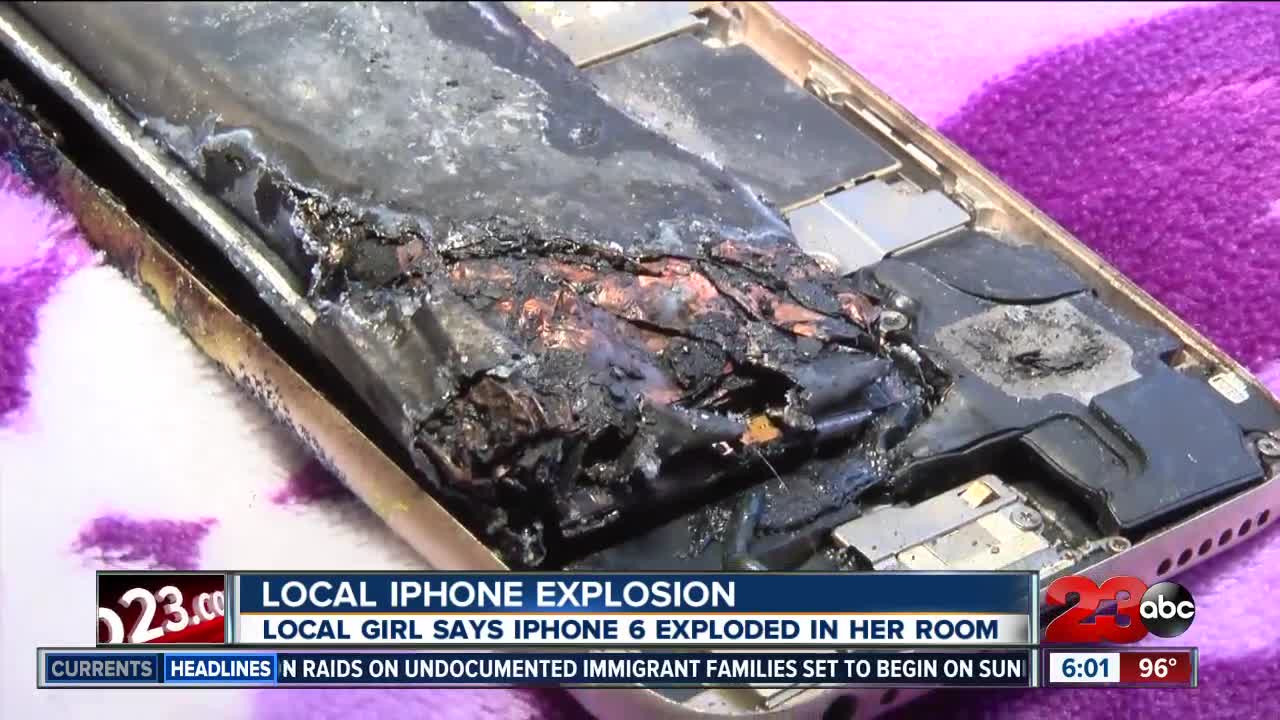 “I was sitting down, and I had my phone in my hand and then I saw sparks flying everywhere and I just threw it on a blanket,” said Ramos.
Ramos says she used her iPhone 6 to watch YouTube videos and occasionally lets her younger siblings play games with it.

Maria Adata, Kayla’s mom, says the next day she called Apple support and was instructed to send pictures and ship the phone to the retailer.
“This could have been my child,” said Adata. “My child could have been caught on fire and she could have been hurt more and I am glad she's ok.”

Adata says that Apple is investigating the cause of the phone explosion and is going to ship her a new phone. She says this will be done, once she receives the shipping labels to send the phone back.
“I was right here on the bed and the phone managed to burn through this blanket and make these holes,” said Ramos.

23ABC reached out to Apple officials for comment and their media personnel was not aware of the explosion.

“I will no longer sleep with it next to me,” said Adata. “I know we charge it a lot maybe that caused it, maybe it overheated.”
They did say however that there can be a few factors that could cause a phone to overheat.

Apple also adds that if there are issues such as malfunctions to any of their products be sure to contact their customer service number, bring the item to an apple authorized service provider or nearest apple store.
Ramos says that wasn’t the case and there has been one silver lining in all of this.

“It hasn’t been that bad,” said Ramos. “I mean I have been able to hang out with my sisters and my family more."