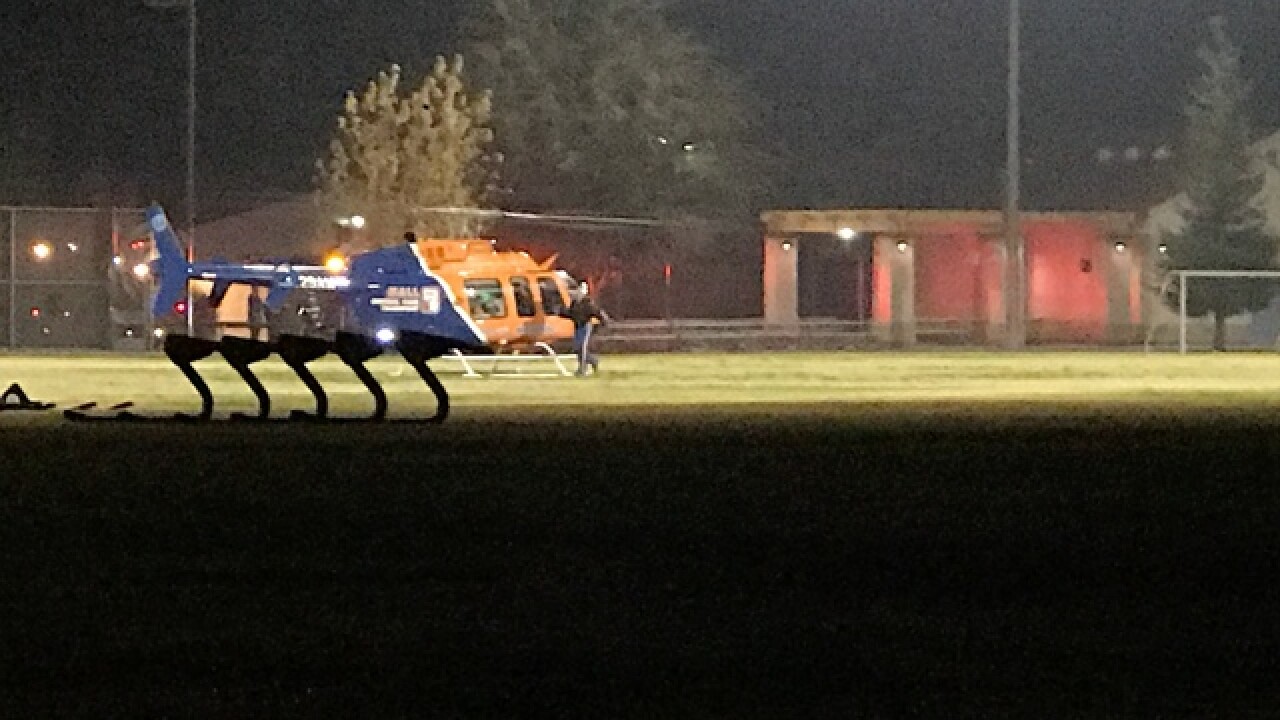 Copyright 2018 Scripps Media, Inc. All rights reserved. This material may not be published, broadcast, rewritten, or redistributed.
<p>wasco shooting medivac</p>

The Kern County Sheriff's Office is investigating two shootings in Wasco on Sunday.

The first incident happened at around 9:10 p.m. near D Street and 15th Street in Wasco. KCSO says the victim, a man, was approached by three Hispanic men in hoodies who began shooting at him.

He was struck once to a lower extremity and was taken to Kern Medical by ambulance with moderate injuries. The suspects fled on foot.

The second shooting happened at around 9:20 p.m. in the 500 block of E Street. The victim, a man, was found with two gunshot wounds to the leg. The suspect is described as a Hispanic man who was last seen driving a blue Ford Mustang.

That victim was airlifted to Kern Medical, but the extent of injuries are unknown. KCSO does not believe the shootings are connected at this time. The two shootings in Wasco came less than an hour after deputies were called to investigate a shooting in East Bakersfield on Sunday.

Anyone with information is asked to contact KCSO at 661-861-3110. These investigations are ongoing, check back for updates.