KCSO recovered all three bodies from plane crash in Tehachapi 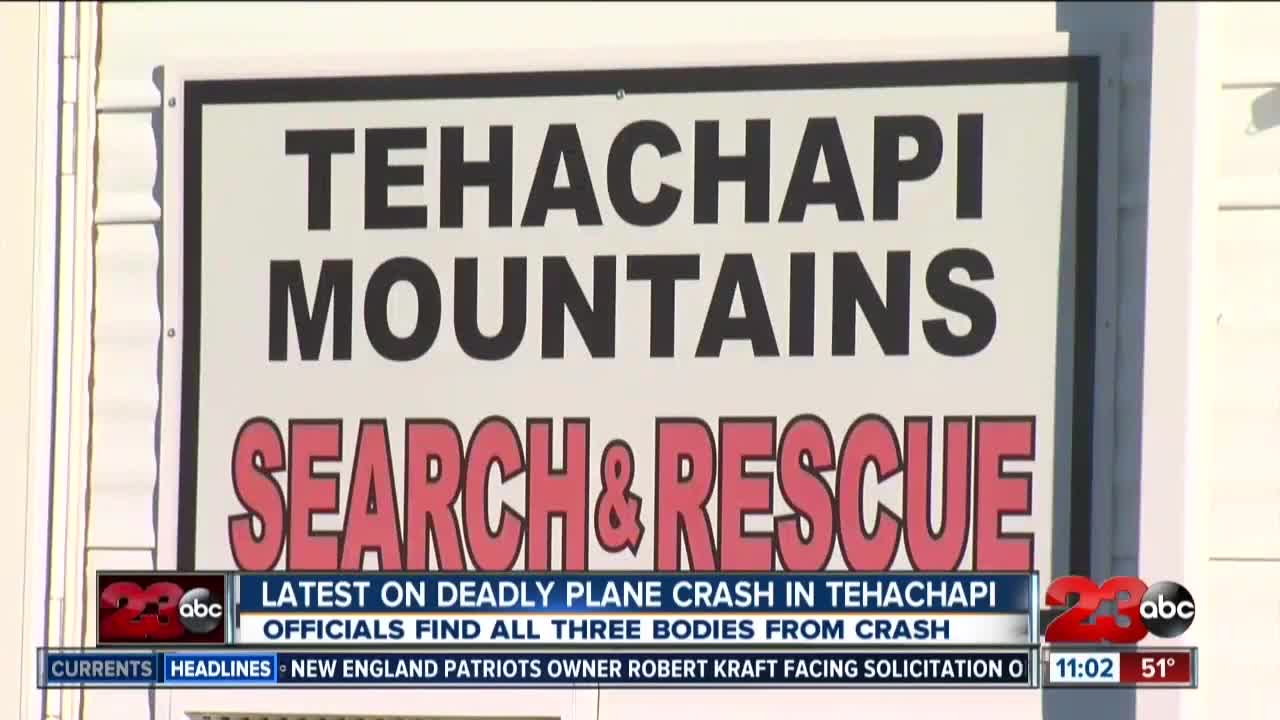 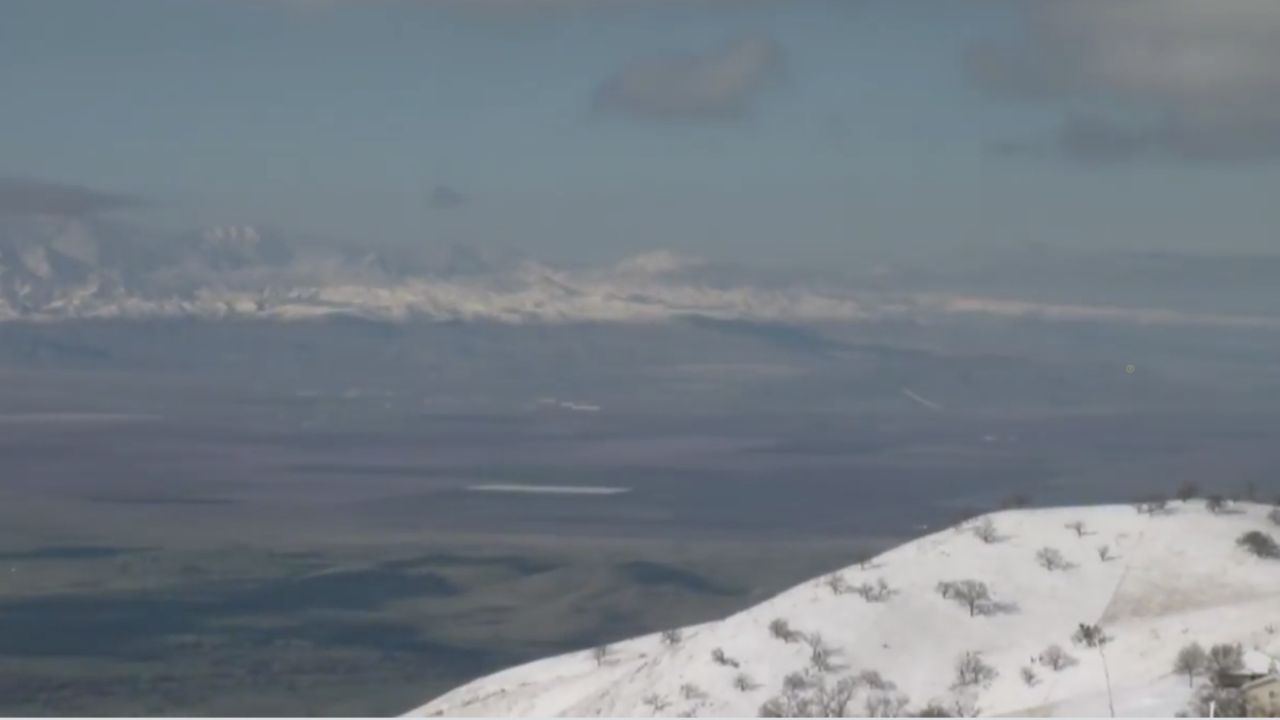 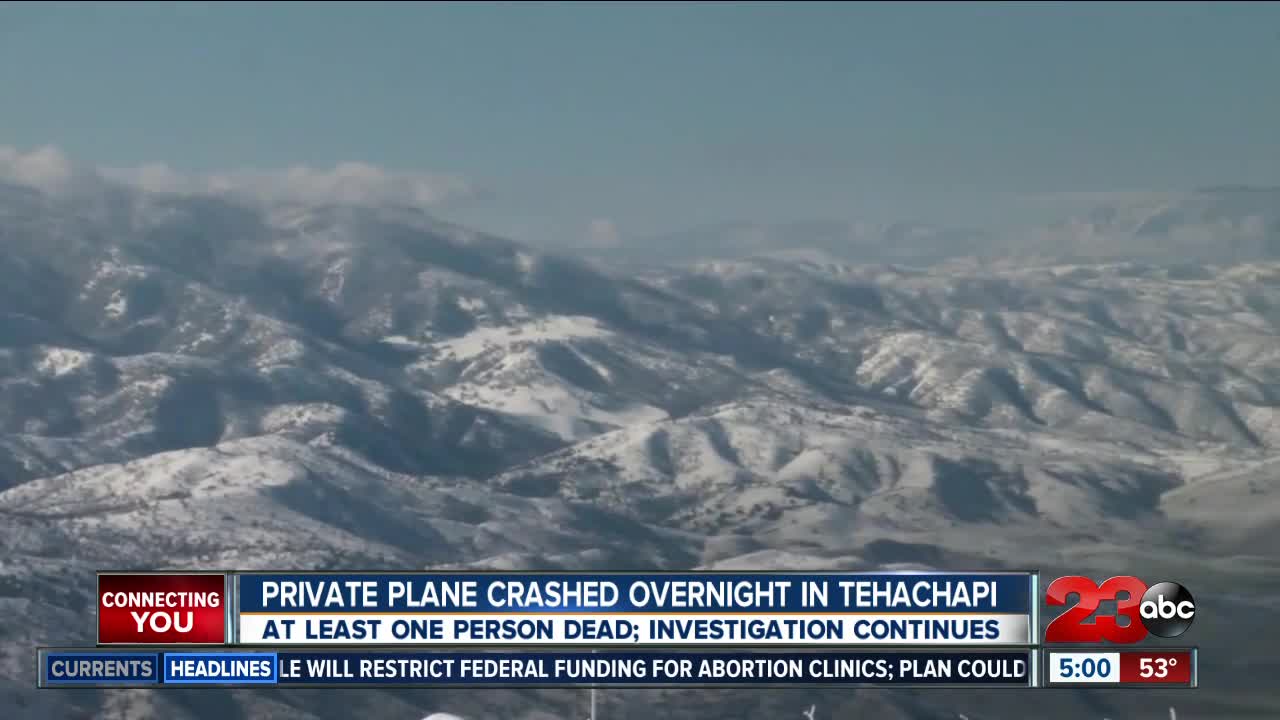 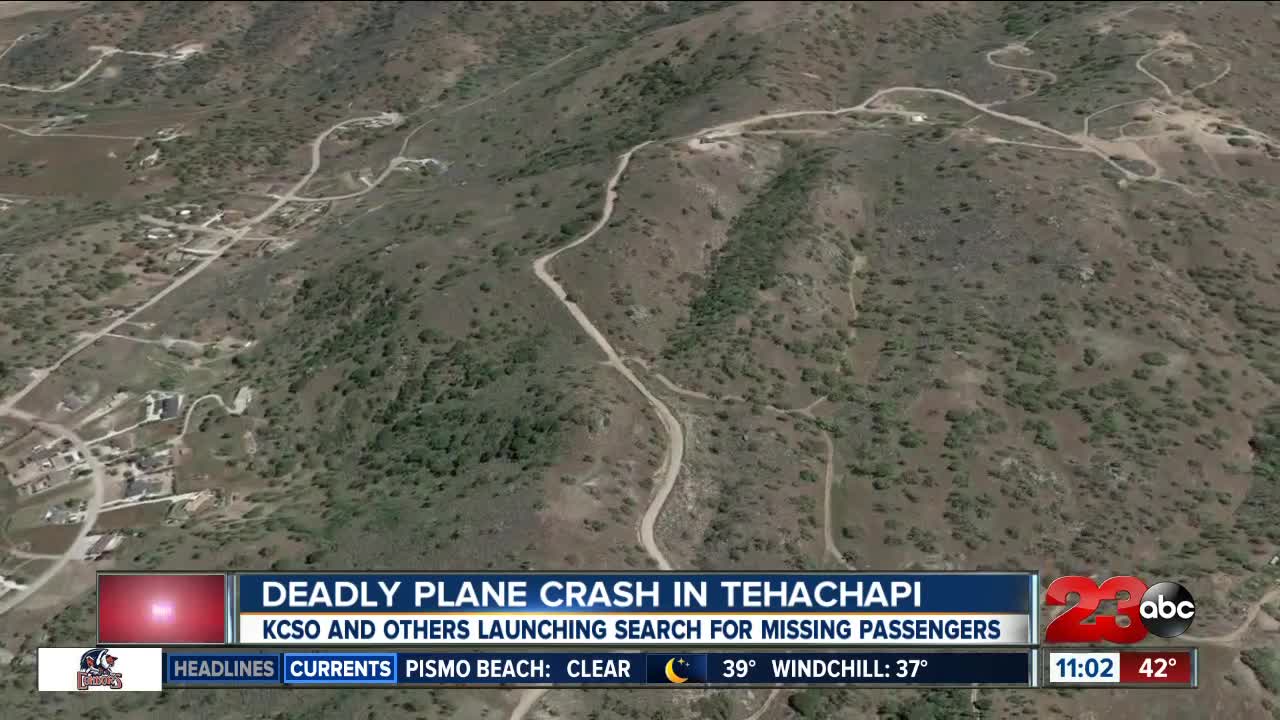 TEHACHAPI, Calif. — UPDATE (Feb. 25, 5:34 p.m.): The Coroner's Office has identified all three in a plane crash in Tehachapi on Thursday, Feb. 21. The private plane was headed to Los Angeles from San Luis Obispo, but never reached its destination. The plane crashed into the Tehachapi Mountains.

74-year-old Ruben Piranian, 38-year-old Marina Villavicencio, and 54-year-old Felipe Iniguez Plascencia are the three individuals who died in the crash, according to the Coroner's Office.

Sgt. Steve Williams says according to the radar analysis, the crash happened in the Tehachapi Mountains after the pilot was trying to get around a weather system. But, are officials are still working to figure out the cause of the crash.

One person has been confirmed dead, but officials are still trying to determine how many people were on the plane. Sgt. Steve Williams says there is "no reason to believe anyone survived." He also adds that the plane was expected to be traveling over 180 mph when the crash happened.

Around 10:30 p.m. on Thursday, February 21, KCSO was notified of an overdue plane that was traveling from San Luis Obispo to Los Angeles. KCSO says a search began in the area of I-5 and Highway 166, with the search leading them to the Tehachapi Mountains. KCSO says the original search was led by KCSO patrol units and Search and Rescue assisted.

KCSO says the overdue aircraft is a twin-engine Beechcraft private plane. KCSO says three occupants are believed to be onboard. No one is believed to have survived the crash, however the other two people have not been located.

Both the National Transportation Safety Board and Federal Aviation Administration will be arriving tomorrow and KCSO Search and Rescue will be transporting them to the area.

They will continue the search Sunday then provide an update later in the day.