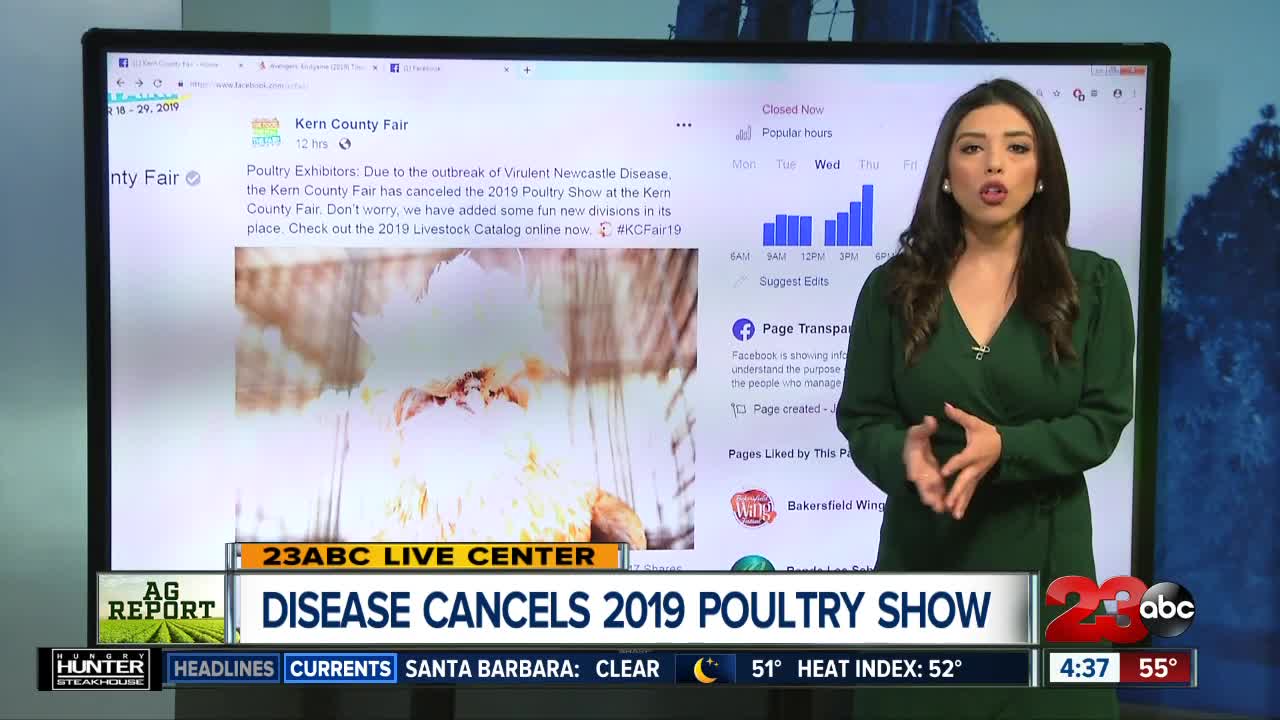 The Kern County Fair has canceled the 2019 Poultry Show due to an outbreak of Virulent Newcastle Disease.

BAKERSFIELD, Calif. — The Kern County Fair has canceled the 2019 Poultry Fair due to a disease outbreak.

According to the Kern County Fair, the 2019 Poultry Fair has been canceled due to the outbreak of Virulent Newcastle Disease (VND). According to the California Department of Food and Agriculture (CDFA), VND is a serious, highly contagious viral disease that can affect poultry and other birds. The CDFA says in rare cases, humans that have exposure to infected birds may get eye inflammation or mild fever-like symptoms.

However, the CDFA says VND is not a food safety concern.

23ABC first told you about the disease a couple months ago- which led to restrictions in moving birds around the state. Now, the Kern County Fair posted on Facebook that it had to cancel the show.