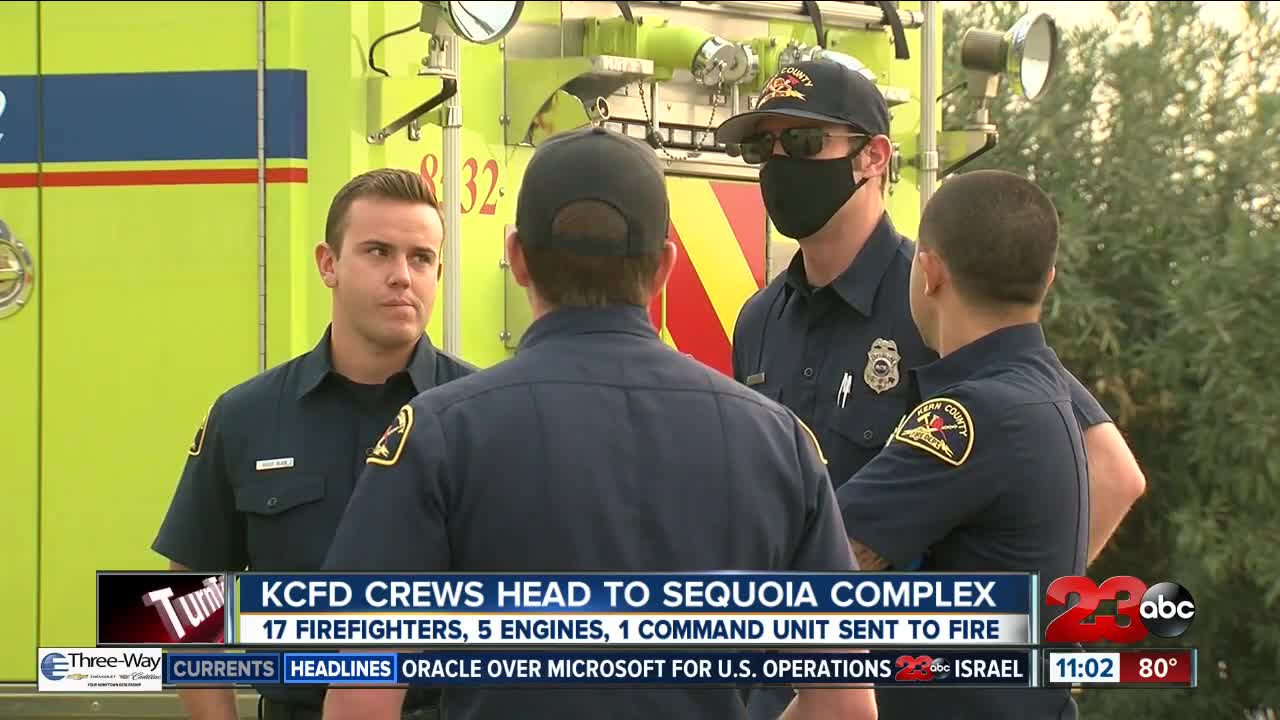 More than a dozen Kern County firefighters are headed over to help battle the Sequoia Complex Fire.

More than a dozen Kern County firefighters are headed over to help battle the Sequoia Complex Fire.

Tuesday morning county fire held a send-off for the 17 firefighters who will be headed to the blaze about 25 miles north of Kernville. County Fire will be sending five engines and one command unit to help fight the fire that's now covering more than 107,000 acres. Right now the Sequoia Complex Fire is just 12 percent contained.

Butte County officials say at least 15 people have died in the North Complex Wildfire that erupted in August from a lightning strike. It has now torched more than 264,000 acres in three counties. The fire is only 39 percent contained.

Hundreds of structures have been destroyed or damaged and thousands more are threatened.

Cal fire said temperatures are expected to increase in the coming days but the humidity is expected to stay high.

As for the Creek Fire burning north of Fresno. That fire has burned more than 220,000 acres since it started on September 4th. It is burning up in Fresno and Madera counties.

Containment is at 16 percent and roughly 555 buildings have been destroyed in the fire.