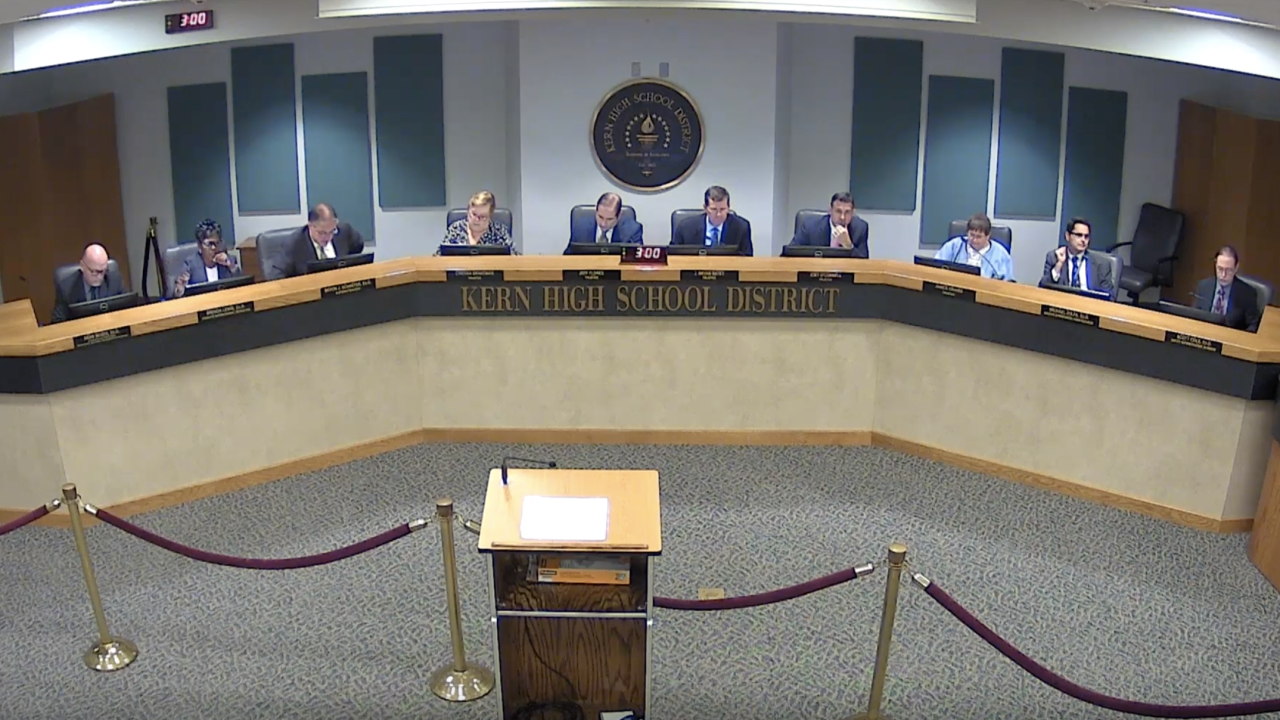 The Kern High School District Board of Trustees voted Monday to postpone the naming of the new high school that will be built in southeast Bakersfield.

BAKERSFIELD, Calif. — The Kern High School District's Board of Trustees was expected to choose the name of the newest high school being built at Panama Lane and Cottonwood Rd. during Monday night's meeting, but instead the board voted to revisit the naming at a future meeting.

Board members were considering the following names for the new school:

During the meeting Monday night, Vice President Joey O'Connell made a motion to remove all of the proper names as options for the new school.

"One of the difficult things is that we have so many outstanding community members and so many great names to choose from, my concern is that in choosing a proper name we exclude other proper names that are equally deserving." said O'Connell.

O'Connell also pointed out that it has been the history of the high school district not to use proper names, noting that none of the current high schools are named after an individual.

The board approved the motion to remove the proper names as options and send it back to the committee.

Board members have asked the committee to seek more input from the public and give them four more naming options that are not representing individuals.

The board said it will revisit the new list of names at the meeting on December 16.