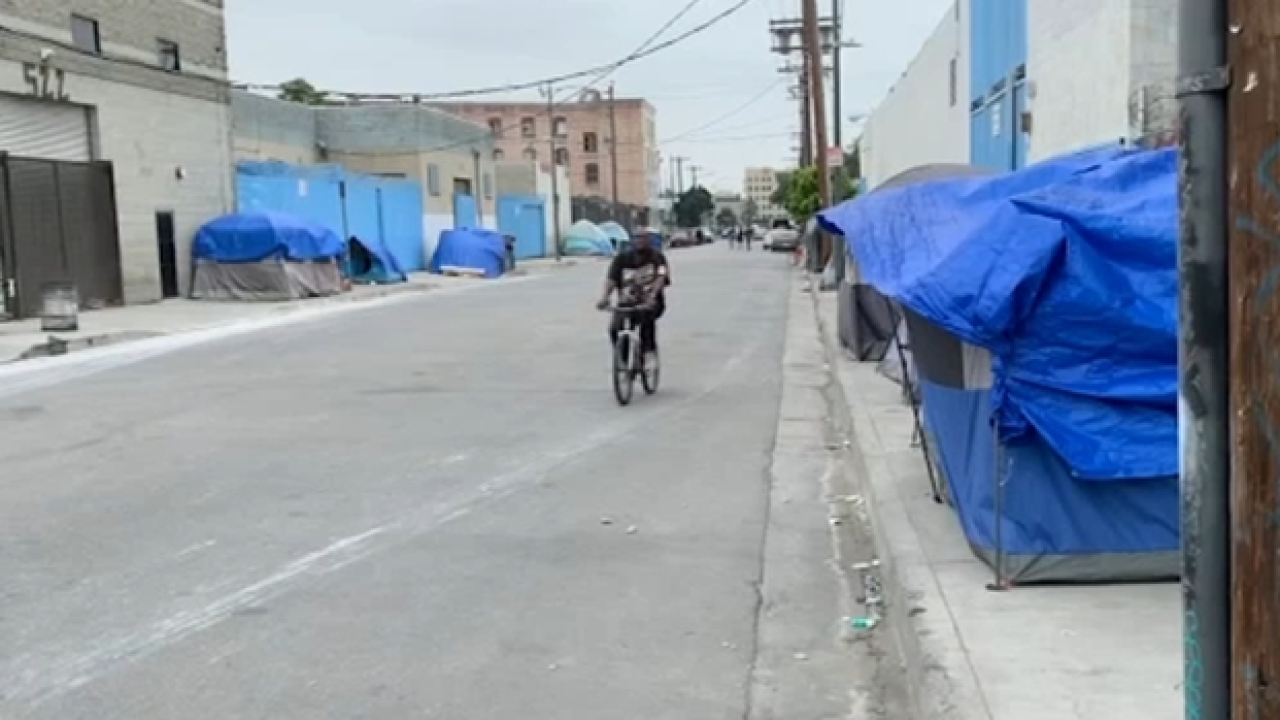 LANCASTER, Calif. — Feeding the homeless could soon be harder in Lancaster, KABC reported.

The city is considering a ban on food distribution on public streets, sidewalks, parking lots or other public property. Some groups would still be allowed to serve meals in public parks, with permits.

Supporters say the measure is intended to cut down on public nuisance, trash, and even defecation left behind on the street after meals are served to the homeless.

"A lot of people would come to eat, the people feeding them would leave and the mess would be left behind," said Lancaster Mayor R. Rex Parris. "We're talking about people defecating in the entryways of the businesses. It became a public health problem."

But opponents say it will make it that much harder to feed the hungry and could even put their lives at risk.

Michael Ouimet, a Navy veteran who has been homeless for 11 years, opposes the measure, saying it is already too difficult to find meals if you are living on the streets.

"You never really know where you're gonna get your next meal from," he said.

Parris said the city is looking for other ways to help those experiencing homelessness, like Kensington Campus, a transitional housing complex opening this month.

After an emotional hearing Tuesday evening, city officials set up a committee to work with local nonprofits to further study the issue.

This story was originally published on KABC.