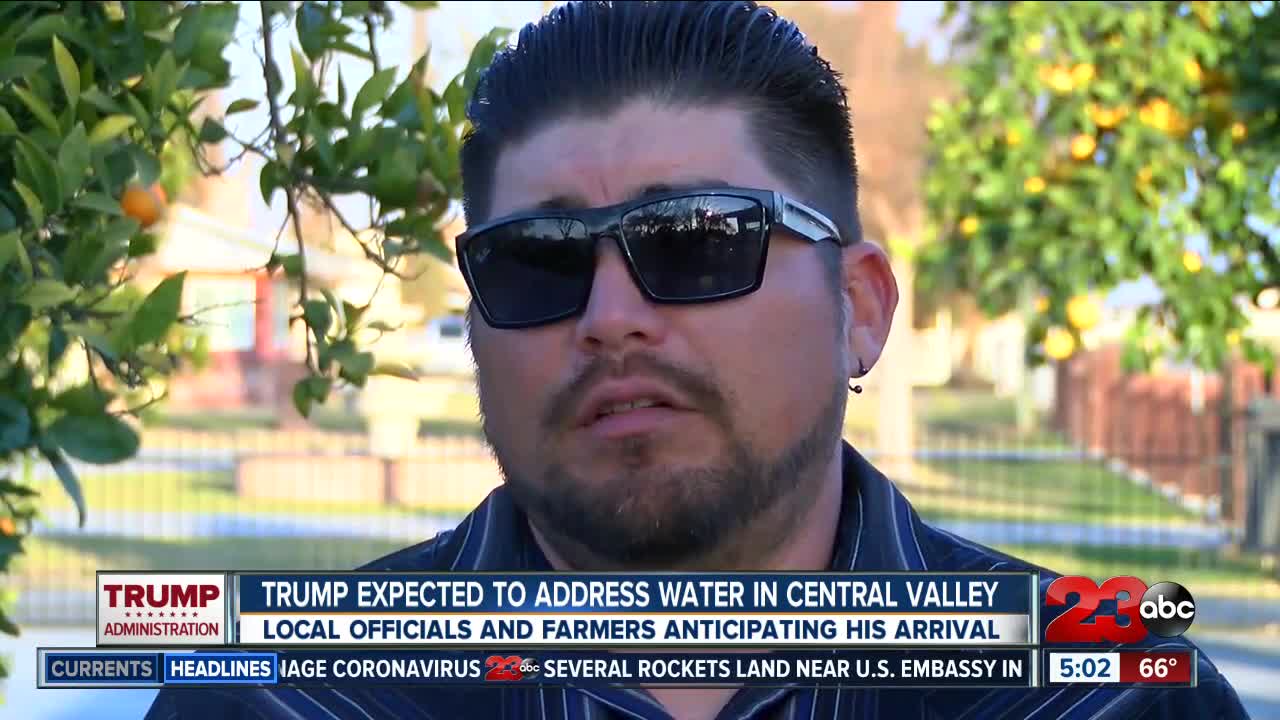 BAKERSFIELD, Calif. — President Donald Trump is expected to address water issues in the Central Valley, during his visit to Bakersfield Wednesday.

Jesse Garcia, a local farmer, is hoping Trump will "step up and do a little something because Kern County is an agriculture county."

While the water issues in the county have multiple contributing factors, there are a few aspects that have risen to a concerning level, according to Eric Averett, the general manager of the Rosedale-Rio Bravo Water Storage District.

"A lot of the issues we're dealing with are aging infrastructure and a reprioritization of where the water needs to go," Averett said. "Unfortunately that has meant more and more water has been taken from the farmer," Averett added.

Many farmers have been faced with a dilemma as a result due to water restrictions and shortages in the county, according to Averett.

Farmers are paying 100 percent of their water bill, but are only getting a small portion of it as a result, Averett said.

For Garcia, the shortages have had significant impacts.

"Because of the water restrictions we've had less crops grown with this company that we do business with, which has cut the season short for us," Garcia said.

"I haven't been able to make the money I made before, so I had to go work elsewhere," Garcia added.