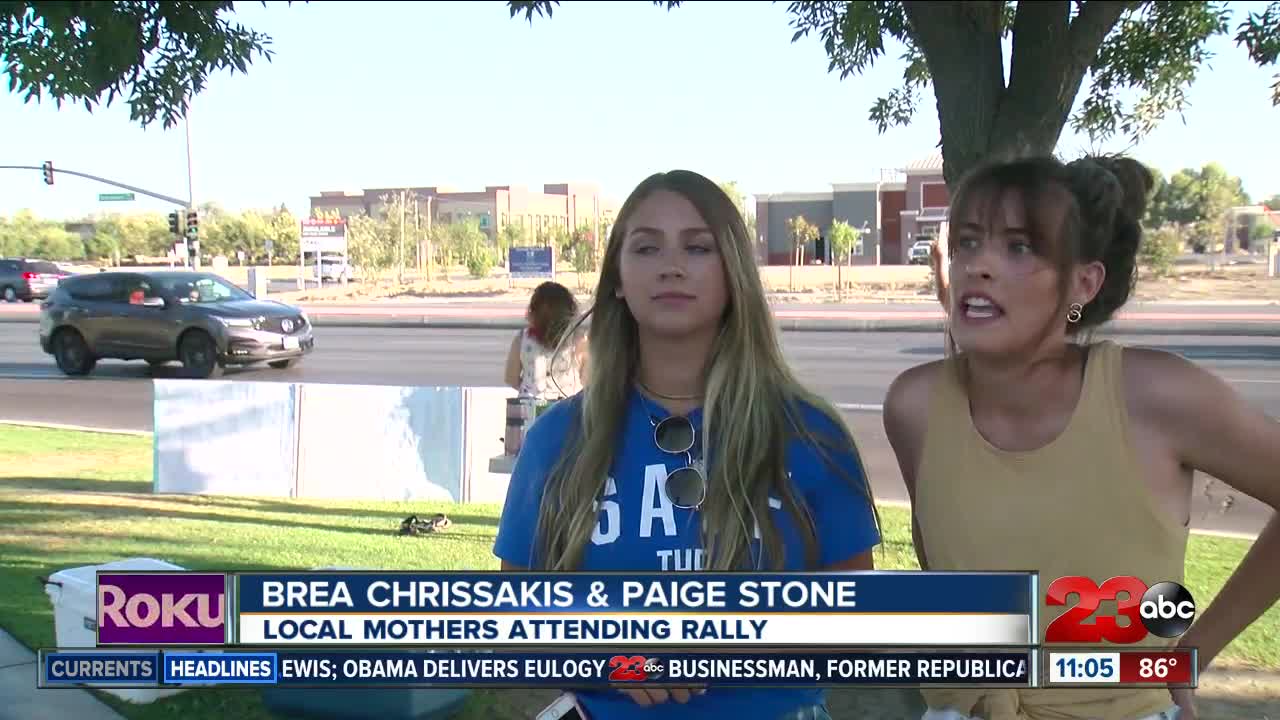 BAKERSFIELD, Calif — Thursday was World Day Against Human Trafficking and here in Kern County, two local mothers said decided to put together a rally after they realized how serious the issue was right here in the U.S.

The rally was held at the Park at Riverwalk to benefit the national organization known as Operation Underground Railroad.

"I think too, to your point, sex trafficking was something I was aware of, but I didn't realize was as big of an issue as it really is," said Brea Chrissakis. "Whenever I learned the United States was like the number one producer, and really driving sex trafficking, that really hit hard with me as a mother of a one-year-old and if anything if we can bring awareness like it was brought to us."

The International Labour Organization estimates that there are 40.3 million victims of human trafficking globally, with thousands of cases reported in the united states daily.

Operation Underground Railroad, the organization represented at the event, works to rescue trafficking victims and place them somewhere safe.