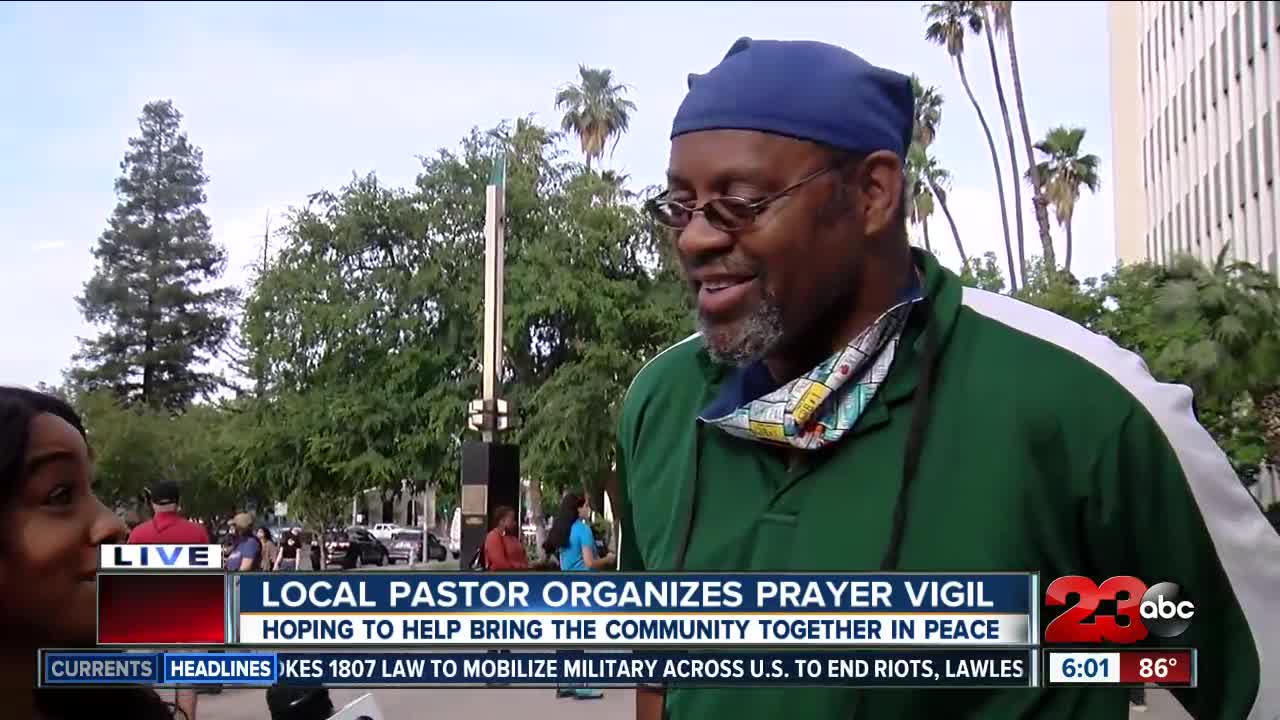 The peaceful gathering took place Monday evening at the Liberty Bell off Truxtun Avenue in Downtown Bakersfield. An area that has seen much chaos and even violence during protests over the weekend. 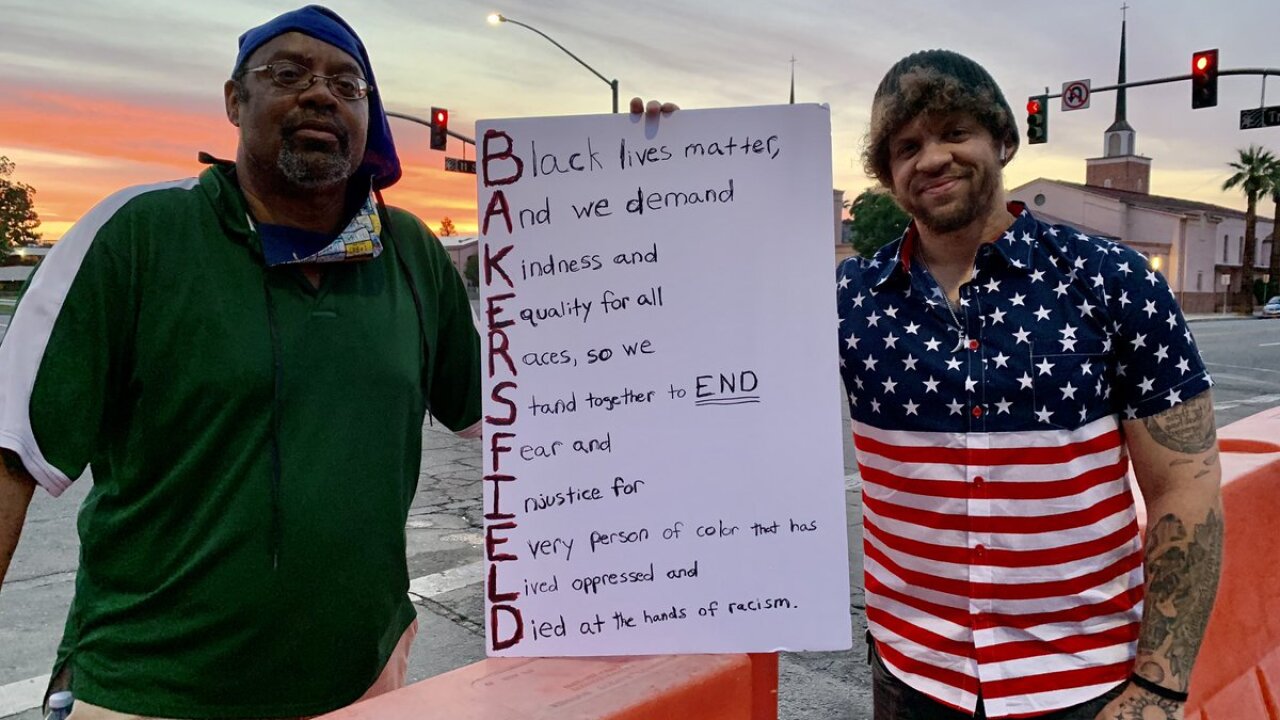 BAKERSFIELD, Calif. — "In difficult times that's what we need to do, is to pray," said Pastor Angelo Frazier when asked why he organized a peaceful community prayer amid protests for the death of George Floyd.

The peaceful gathering took place Monday evening at the Liberty Bell, off Truxtun Avenue, in Downtown Bakersfield. An area that has seen much chaos and even violence during protests over the weekend.

Frazier, pastor of Riverlakes Community Church, said he organized Monday night's community prayer as a way to bring the community out together.

During the prayer, attendees honored George Floyd by taking a knee for several minutes and uttering the words, "I can't breathe." These words have echoed throughout the nation, as people protest Floyd's death, after he was pinned under a Minneapolis police officer's knee for eight minutes and 46 seconds, according to reports.

That officer, Derek Chauvin, was fired along with three officers involved at the scene. On Friday, Hennepin County Attorney Mike Freeman announced that Chauvin had been taken into custody and charged with 3rd degree murder, as well as manslaughter.

In Bakersfield, protests have continued for four days straight. But Frazier's gathering was not about protesting.

"Right now, we're all getting the sense that we're hurting, so lets just pray," said Frazier.