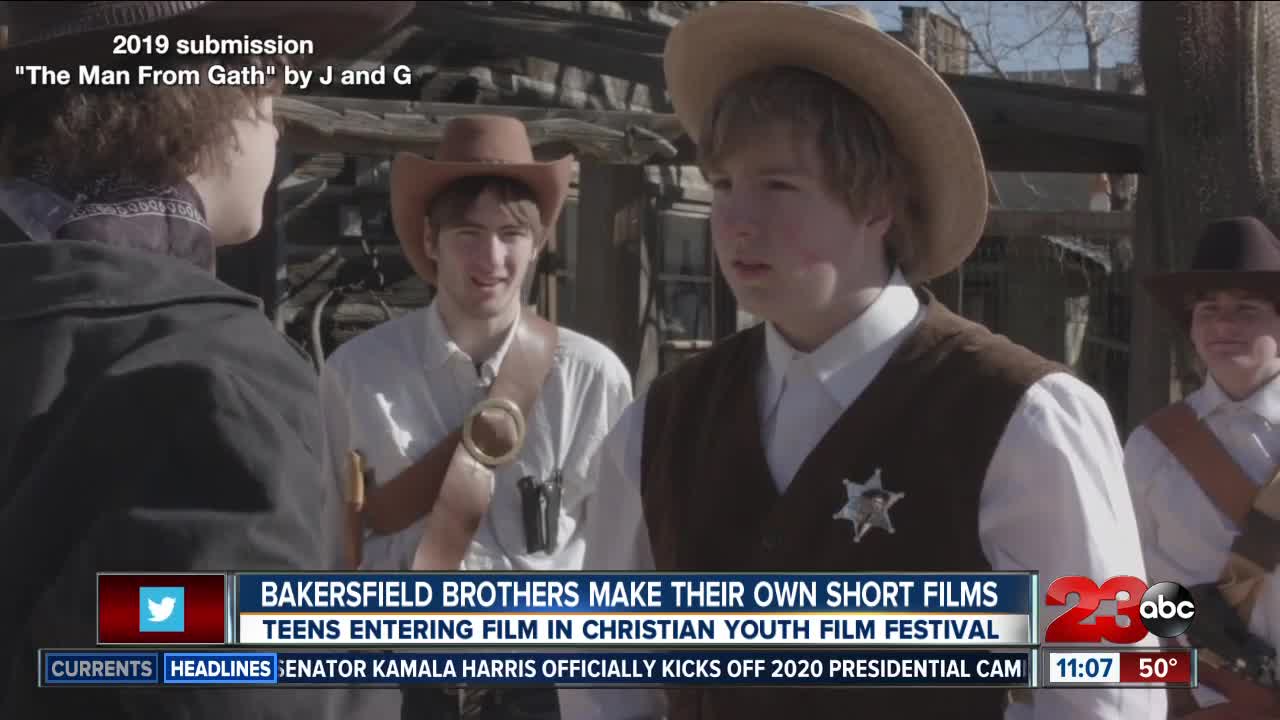 Two Bakersfield brothers make their own films, all with the help of a local film society.

“We grew up watching a lot of movies,” said sophomore Gabe Garcia as he and his brother laugh.

The Garcia brothers have made countless short films together.

"In particular i enjoy holding the camera, doing behind the scenes stuff, getting cool shots,” said senior, Josh Garcia. “I'm more of a cinematographer."

Each has found their own niche when it comes to filmmaking.

I'm more of an actor so I like being in front of the camera and I also like editing,” said Gabe Garcia. "It kinda works out, he records me and then we both kind of edit."

The bond between the brothers helps bond them on set. They've developed an ability to almost read each other's mind.

"We don't even say what we're doing. we just do it and we don't understand,” said the younger of the two brothers.

They're currently working on a western film right now called "The Man from Gath"—a film they plan to submit in the Christian Youth Film Society's upcoming festival at the Fox Theater, complete with a red carpet, judges, and prizes.

The Christian Youth Film Festival, it’s our 25th anniversary,” said Joe Brown, Executive Director of the Society. “For ten minutes they're the stars on the biggest screen in Kern County."

The Film Society also provides local teens with opportunities to take acting classes from Hollywood professionals and work on the sets of feature length films.

“We brought in seminars and workshops. Professionals from hollywood who would come and teach," said Brown.

The Society is a Christian-based group that hopes to teach teenagers positive values through the power of movies.

"We want to help the kids stand firm in their faith as they go into a place like Hollywood,” said Brown.

Creating the next generation's Spielberg or Hitchcock: right here in Kern County.