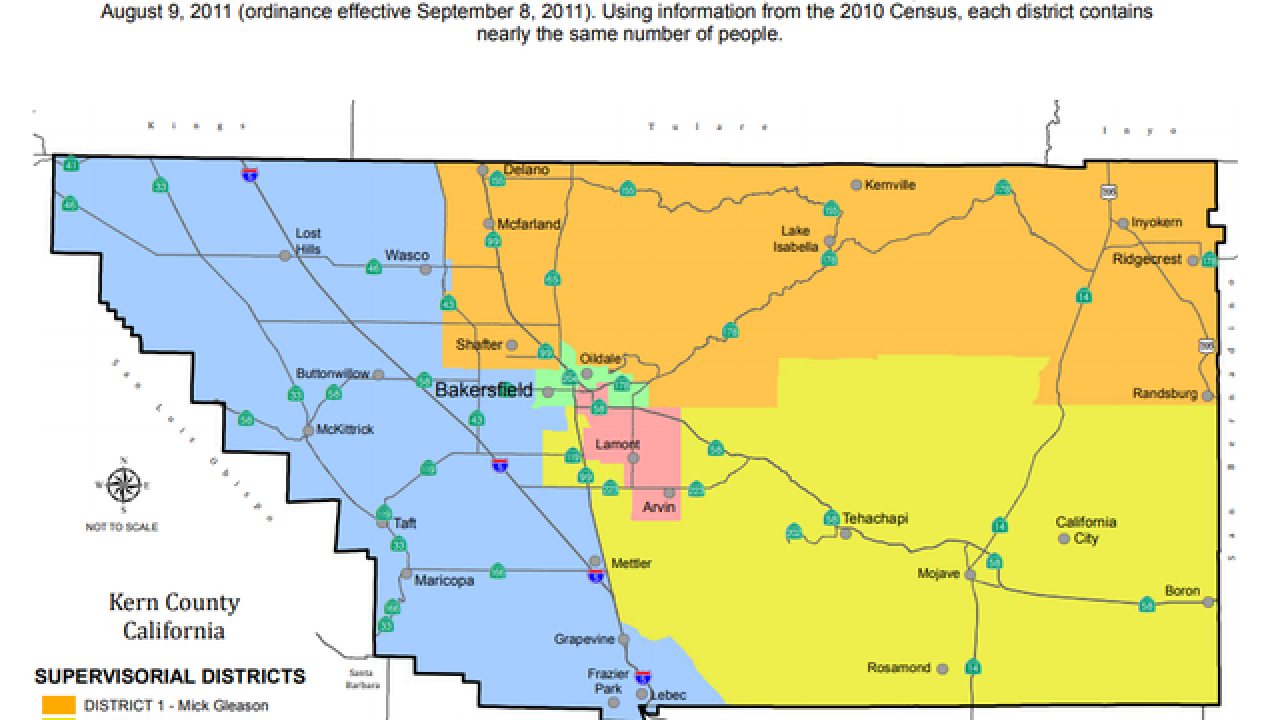 Copyright 2018 Scripps Media, Inc. All rights reserved. This material may not be published, broadcast, rewritten, or redistributed.
<p>This map is the old Kern County Supervisorial District Map as of Friday.</p> 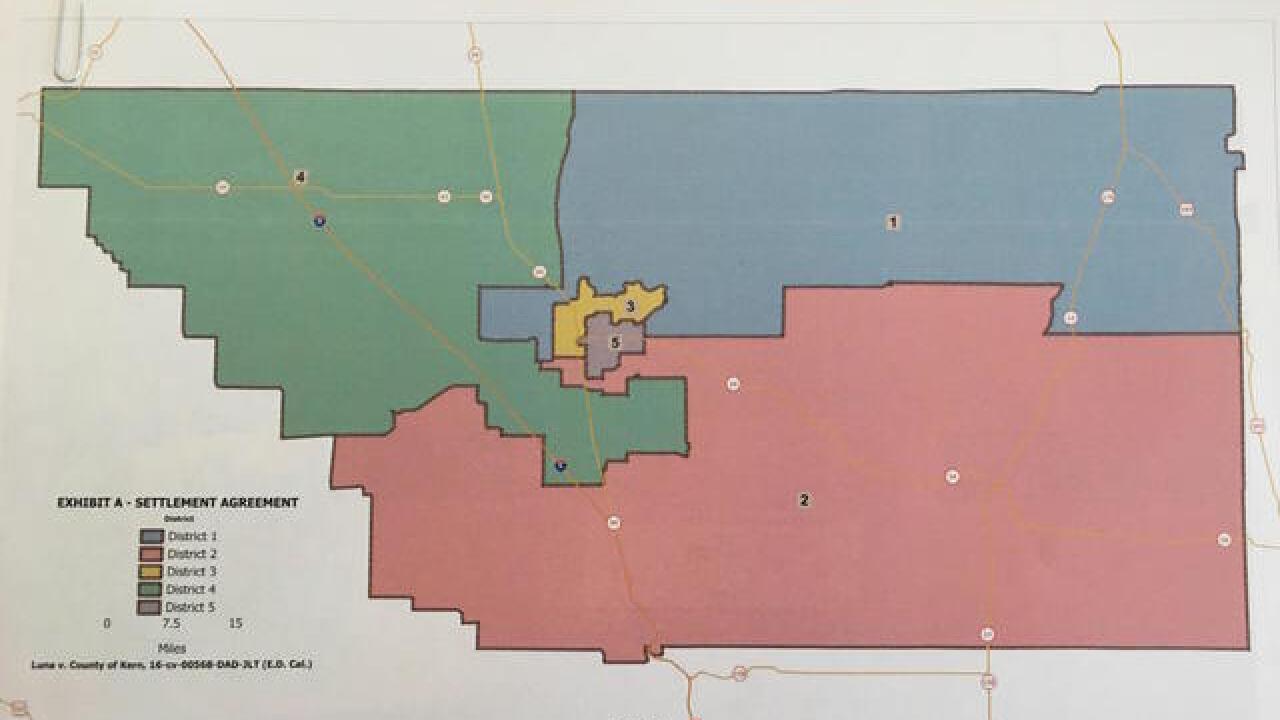 The Kern County Board of Supervisors approved a new boundary map during a closed session meeting Friday morning, according to Supervisor Leticia Perez.

If that happens, there will be no Supervisorial election in the June primary. Perez says it will be in November during the general election, and a new candidate filing period will begin in July.

The decision on whether Kern County will be re-districted to better represent the Latino community was expected on Wednesday before it was pushed back to Friday.

A federal judge ruled that the current map violated the Voting Rights Act.

In April 2016, the Mexican American Legal Defense and Educational Fund (MALDEF) filed a lawsuit against the Kern County Board of Supervisors saying their 2011 re-districting plan diluted the Latino vote in the county.

MALDEF argued that despite the fact that Latinos make up 34 percent of Kern County's voters, Latinos only represent a majority in one of the county's five districts, and it is the only district with a Latina representative.

RELATED: Changes to potentially be made to Board of Supervisors boundary map after lawsuit

MALDEF said this prevents Latinos from being able to impact the Board of Supervisors elections. They hoped those boundaries will be re-done to better serve the Latino community by the June elections.