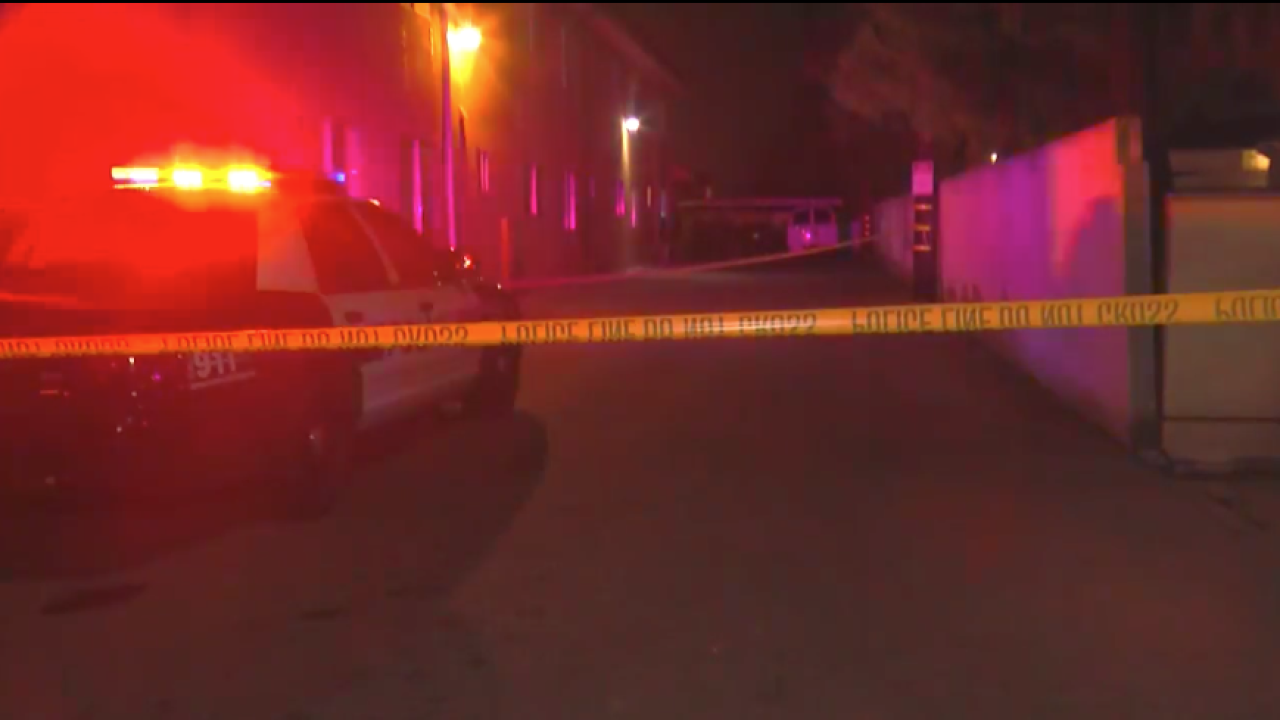 BAKERSFIELD, Calif. — A man has been arrested for murder and conspiracy after a shooting in South Bakersfield.

According to BPD, 43-year-old Edgar Modesto Lopez of Bakersfield was shot on January 1 around 3:40 p.m. in the 3100 block of South H Street in South Bakersfield. Lopez died at the scene.

On January 4, homicide detectives responded to the Kern County Jail Central Receiving Facility. 40-year-old Martin Valadez was in custody at the facility for being an accessory to murder, according to BPD. The accessory to murder charges against Valadez were dropped, and he was then arrested for murder and conspiracy.

BPD says Adam Arellano was a co-conspirator with Valadez in the shooting. BPD says there is a felony warrant to arrest Arellano for murder.

Anyone with information regarding the investigation or the whereabouts of Arellano are asked to call Detective Fred Torres at (661) 326-3273 or the Bakersfield Police Department at (661) 327-7111.