Docs: Man stabbed his own mom 42 times, claims he was under 'Russian mind control' 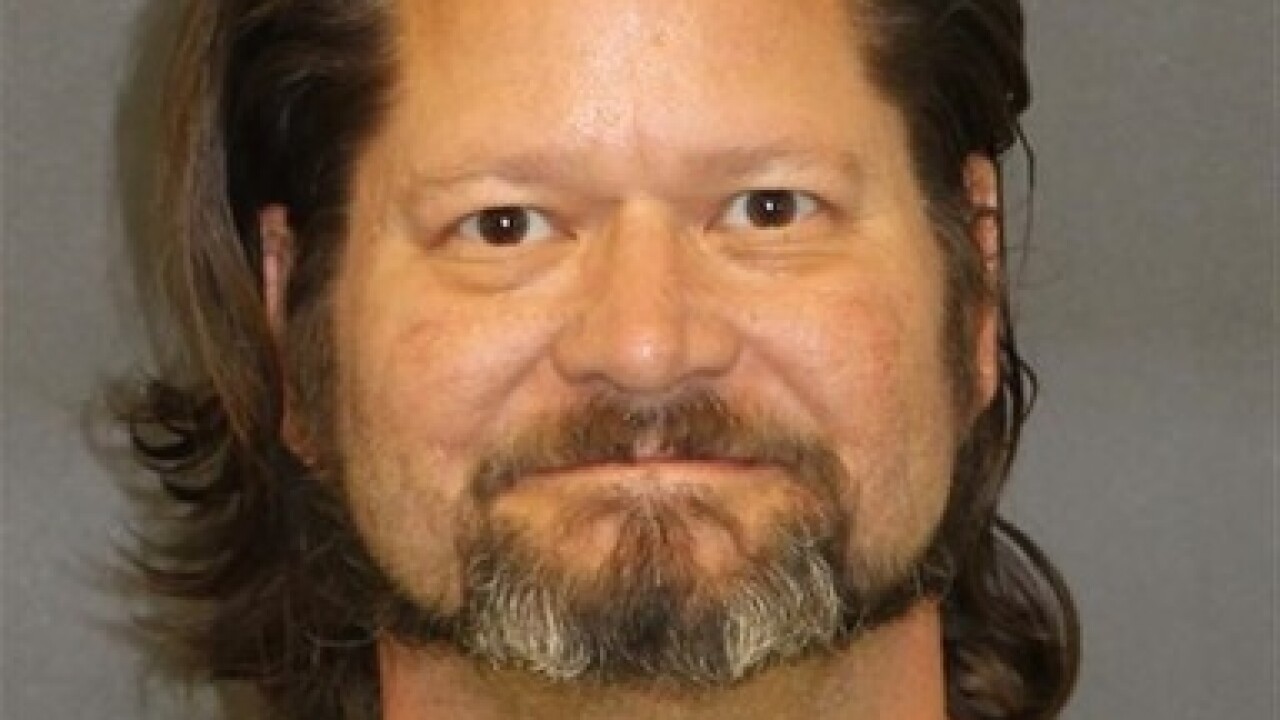 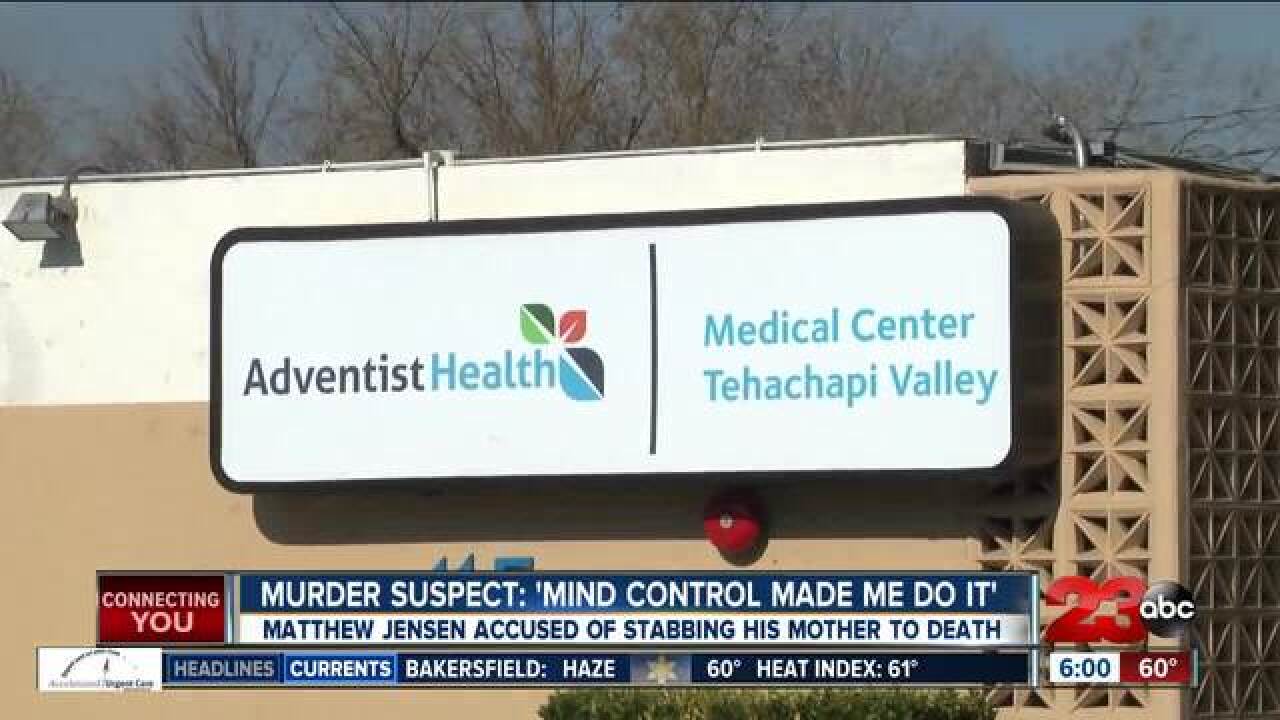 Court documents detail the moments before, during and after a man allegedly stabbed his own mother to death in Tehachapi in October.

Documents detail Matthew Jensen's mental state, the number of times he stabbed his mother Barbara Jensen Teague, his claims as to his possible reasoning and that he had been released from a hospital for mental evaluation the day before her death.

On October 24, Jensen was pulled over in Kingman, Arizona. At the time he was pulled over, documents show that Jensen attempted to kill himself using a small pocket knife. Jensen apparently slit both his wrists and stabbed himself in the chest. He was taken to Kingman Regional Medical Center where he was treated for non-life threatening injuries.

It was during that stop that the welfare of Jensen's mother became a priority for law enforcement.

Kern County Sheriff's officials went to the home in Tehachapi where the two lived together. After not getting an answer at the door, officials made their way into the home. That's where they found the body of Barbara Jensen Teague, covered in blood.

Court documents also give a synopsis of an interview with Jensen following the murder of his mom.

Documents show that he said he was "incredibly happy" while living with Teague. He claims to have entered her room while she was sleeping. He had a knife with a six-inch blade. She was in the fetal position when he began stabbing her.

Documents show that Jensen said his mom "thrashed and struggled" and she said "stop, stop" as he continued to stab her. Jensen then said he "kept going". After stabbing his mom, he went to a bathroom to wash his hands.

About 20 minutes after he stabbed her, documents state that he loaded the family dog into his mom's car and began driving east.

Jensen said "the pain and the guilt of killing his mother caused him to cut both of his wrists with a Leatherman style tool, located in the car. Jensen said he also stabbed himself twice in the chest in attempt to commit suicide."

When asked why he tried to commit suicide Jensen said, "I knew what I had done".

While being interviewed, Jensen said he was "under Russian mind control" and that he was hearing voices. He said "the voices had told him to kill his mother. ... 'I did what they told me, I killed my own mother'".

After allegedly killing his mom, documents state that Jensen didn't remember anything. He said he remembered feeling compelled to kill himself, but instead killed her.

Jensen said he remembered looking "in her bedroom and she been stabbed to death. He stated 'Oh my God', no one could have done that but me".

Court documents also show that Jensen had been taken to Adventist Health hospital in Tehachapi on October 23, the day before his mother was found dead.

His mom had said he was acting strangely the days leading to his being evaluated for a 5150 mental health evaluation.

While in the hospital Jensen got out of his bed and ran down the hallway yelling that "his mother needed to be saved and she was dead".

At that point, his mother was still alive.

A synopsis from the Tehachapi Police Department shows that Jensen's nurse said he had not made any suicidal or homicidal statements.

Officers talked to Jensen who "was calm and polite". Jensen also said he did not feel like hurting himself or anyone else.

The police report recommendation stated, "No further action needed, based on my interviews with (redacted) and (redacted) it appeared Jensen did suffer from some type of unknown mental health disorder. Jensen, however, at this time did not appear to be a danger to himself or others, nor did he appear to be gravely disabled to the point he could not care for himself, thus a 5150 mental health hold was not placed on him."

Jensen was initially being held in Mohave, Arizona before he was extradited to Kern County.

He's since pleaded not guilty to first-degree murder.

Jensen is scheduled to be in court next on January 17.