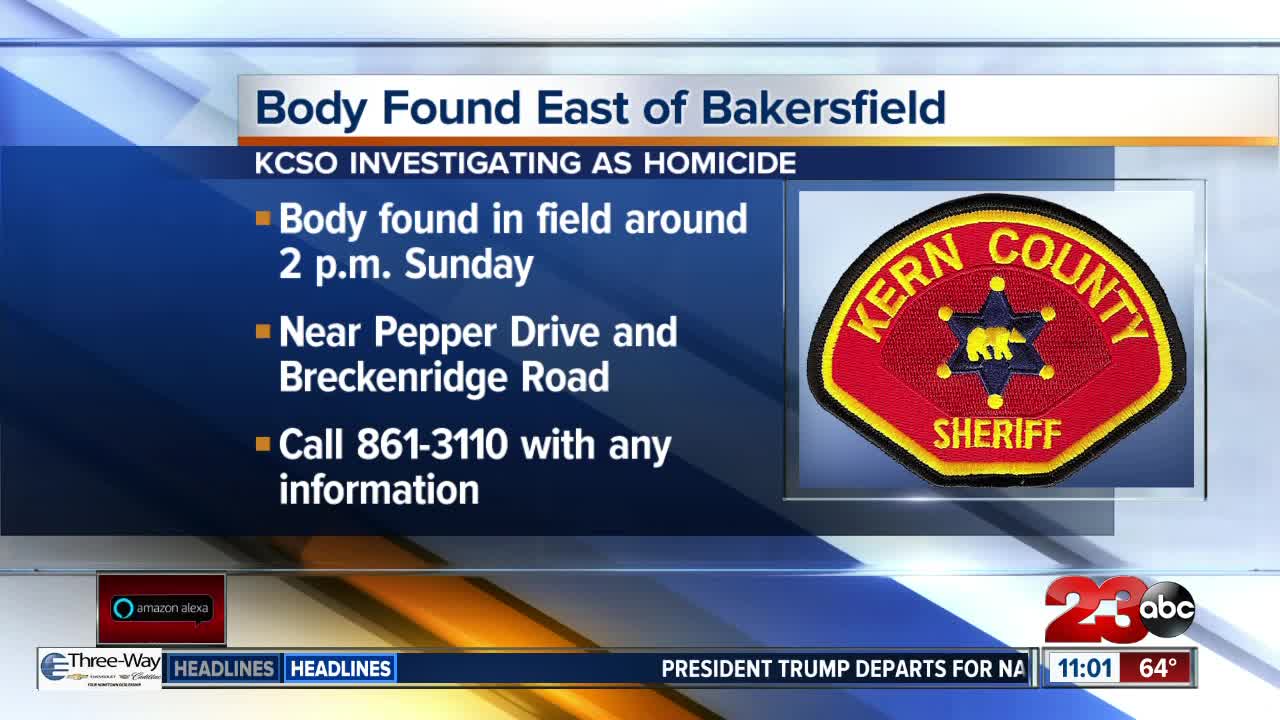 Officials have released the identity of a man whose body was found in a field.

Officials said a postmortem examination on Melendez will be performed to determine the cause and manner of death.

Officials said on Monday that this is a death investigation. On Sunday, homicide detectives arrived and assumed the investigation, according to KCSO.

A passerby located the body near Pepper Drive and Breckenridge Road.

KCSO officials have not released any identifying information of the victim and have not confirmed whether any suspects are being sought at the moment.

Officials say they are investigating the death as a homicide.