March for Our Lives happening in Kern County 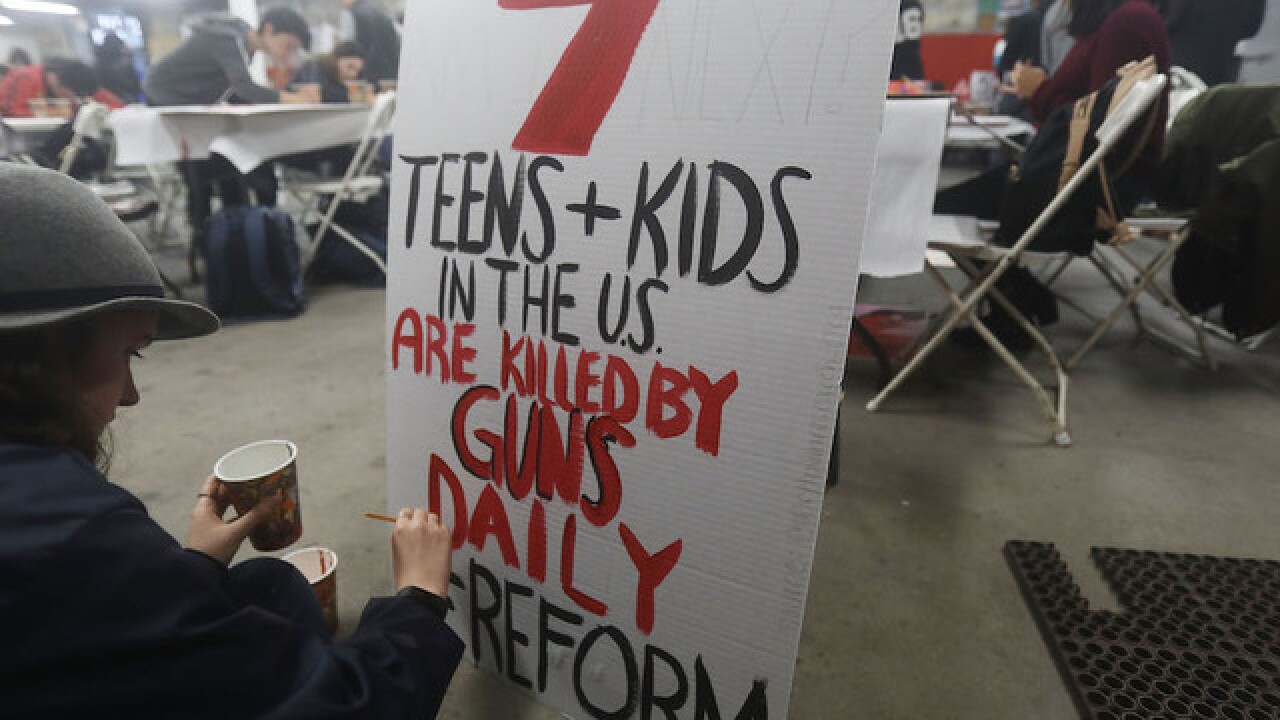 Image copyright 2018 Getty Images. All rights reserved. This material may not be published, broadcast, rewritten, or redistributed.
Mario Tama
<p>LOS ANGELES, CA - MARCH 22: A student paints a sign to be carried at the upcoming March for Our Lives Los Angeles on March 22, 2018 in Los Angeles, California. More than 500,000 are expected to march for gun control at rallies nationwide on March 24. The marches have been organized by students from Marjory Stoneman Douglas High School where 17 people were killed in a mass shooting February 14. (Photo by Mario Tama/Getty Images)</p>

Thousands are marching in hundreds of cities across the United States on Saturday in hopes of tackling gun violence.

The first march takes place at 10 a.m. in central Bakersfield starting at Yokuts Park and wraps up at Empire Drive and Truxtun Avenue.

Organizers ask that everyone who plans to march wear orange and blue.

The second march is being held in Tehachapi at 11 a.m. That march starts on Tucker Road and West Valley Boulevard.