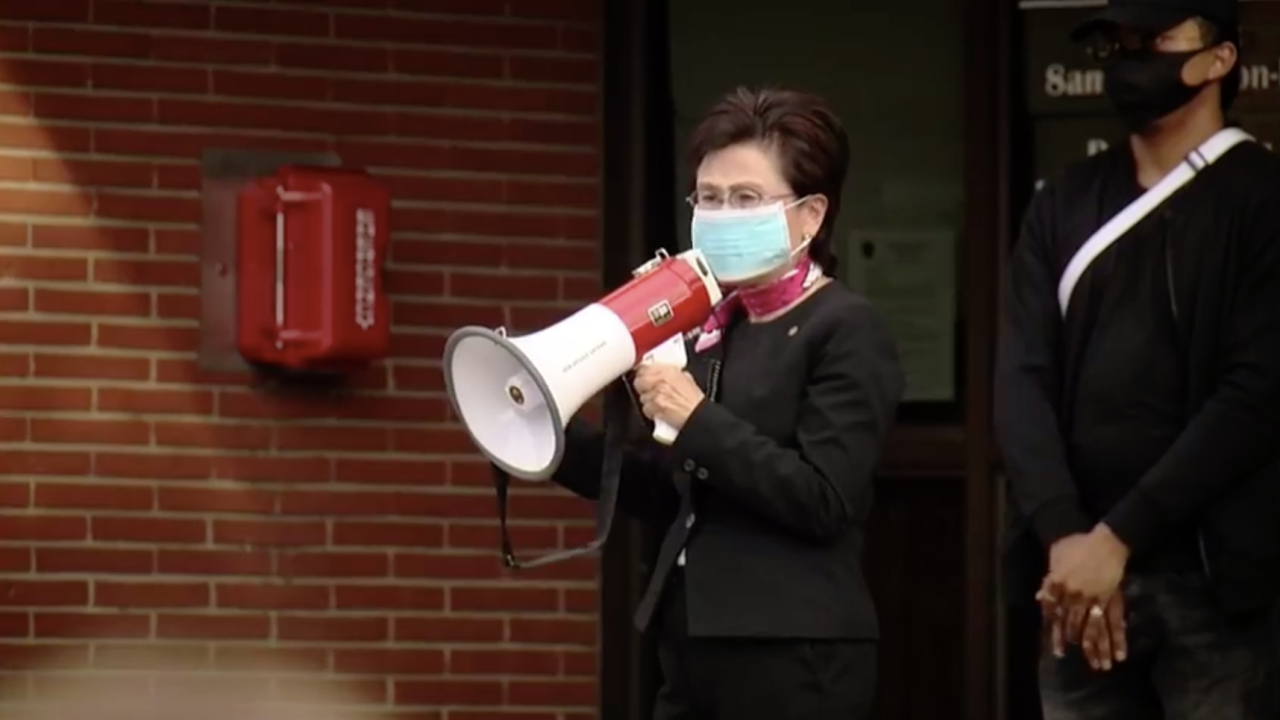 BAKERSFIELD, Calif. — Day five of protests over the death of George Floyd brought residents back out to the streets of Bakersfield. But for the first time, they were joined by the city's leader, Mayor Karen Goh.

Goh was among the crowd during a peaceful protest in Downtown Bakersfield. The group met in front of Bakersfield Police Headquarters on Truxtun Avenue.

While there, Goh spoke to the crowd, applauding their organized efforts Tuesday afternoon. "You aren't looting," Goh said. "You're doing the right thing, so thank you for coming out."

Protesters joined Tuesday in all black as a sign of solidarity for Blackout Tuesday, a social media movement in the aftermath of George Floyd's death.