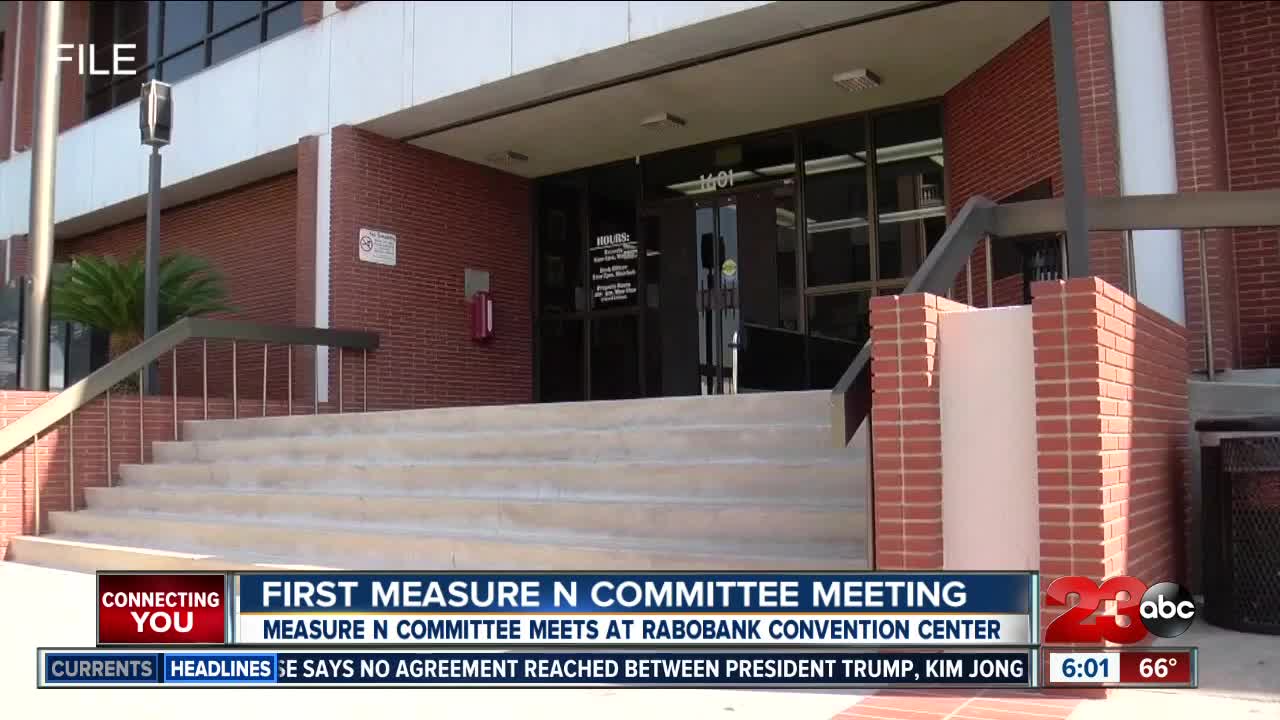 Today eight members of the community were officially sworn into the Measure N Oversight Committee.

Measure N was approved by voters in November, it's a one cent sales tax increase that will go into effect this April. However part of the measure required officials to design a citizen oversight committee made up of nine people.

Committee member Beatris Sanders, President of Adventist Health Philanthropy Program was selected as the committee chair by the other seven members on the committee. She is also the only woman on the committee, "I'm honored to be on this committee to have been selected, I do believe whether it was nine women or nine men that all of the people selected were selected and were capable," Sanders said.

The Measure N Committee is intended to act as an advisory group to the Bakersfield City Council on key spending decisions. It consists of nine members, but Sadners said one of the members.. Pretish Patel recently stepped down due to other obligations,"I just learned about it yesterday," Sanders added.

Thirteen spending priorities were outlined to the committee Thursday, including law enforcement spending. For the first time Bakersfield Police Chief Lyle Martin had a chance to speak about the highly discussed idea of a new police training academy for the 100 police officers that will be hired as part of the measure and why the committees approval is vital, "None of the existing police facilities can be modified or expanded to meet the need for an academy course presentation,"Martin said.

Martin also said he believes investing $900,000 into a facility like the old Mexican restaurant on California Avenue which was recently purchased by the city, will meet the needs of the new officers for their academy training. "But going forward if it meets all the codes we are excited about the possibilities for that facilities for us," Martin said.

Another issue briefly discussed was reducing homelessness, with two tasks forces. They also discussed how they plan to save $8.7 million over the course of seven years by making a one time lump sum payment toward Cal Pers, the city's retirement system, instead of paying interest fees each year.