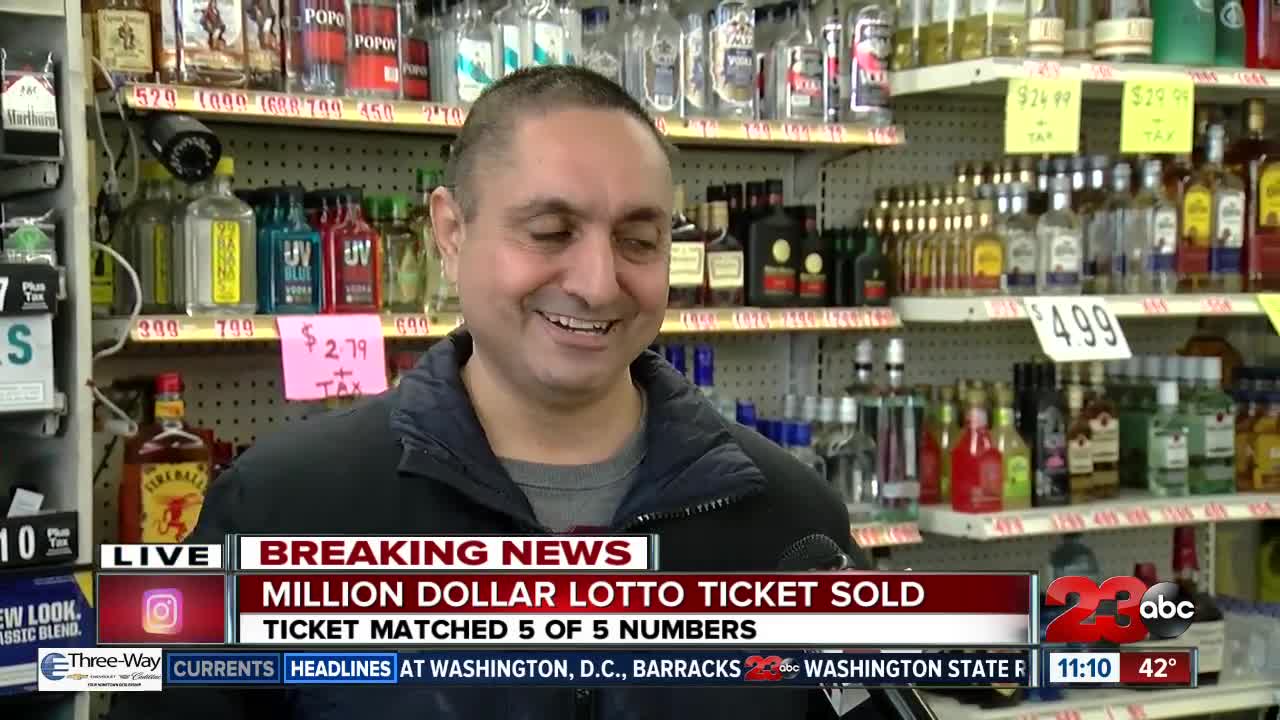 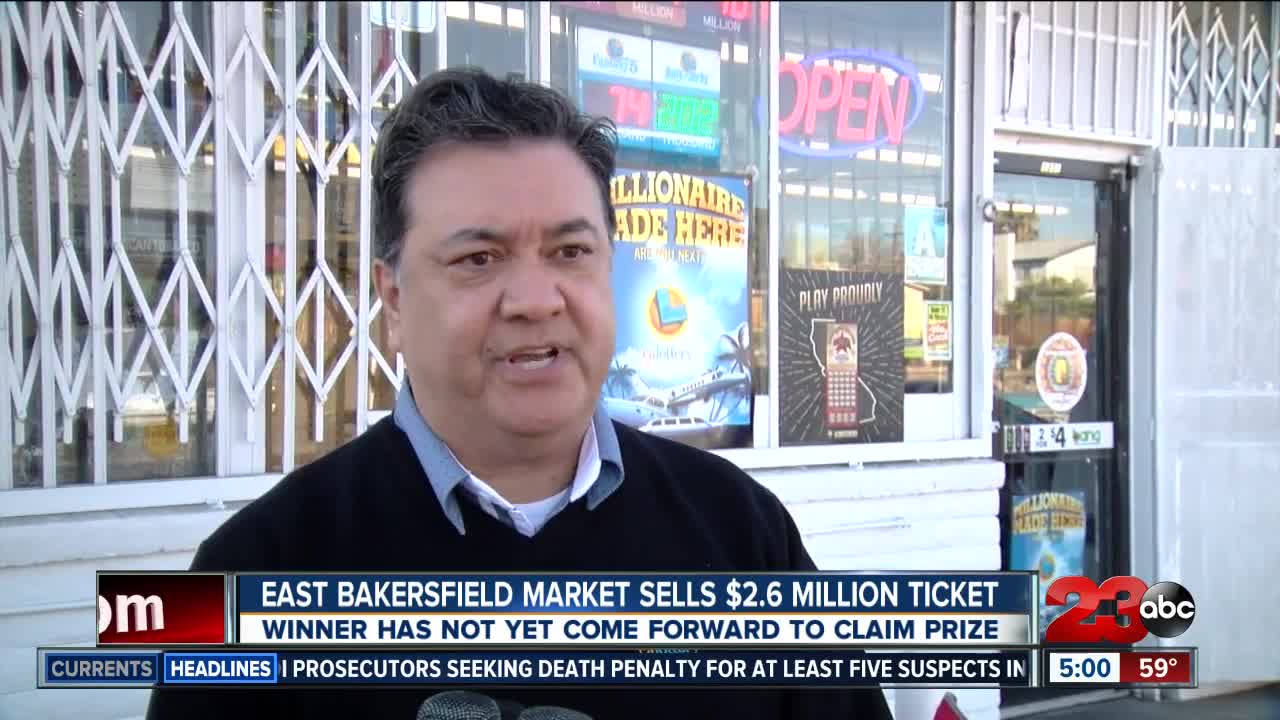 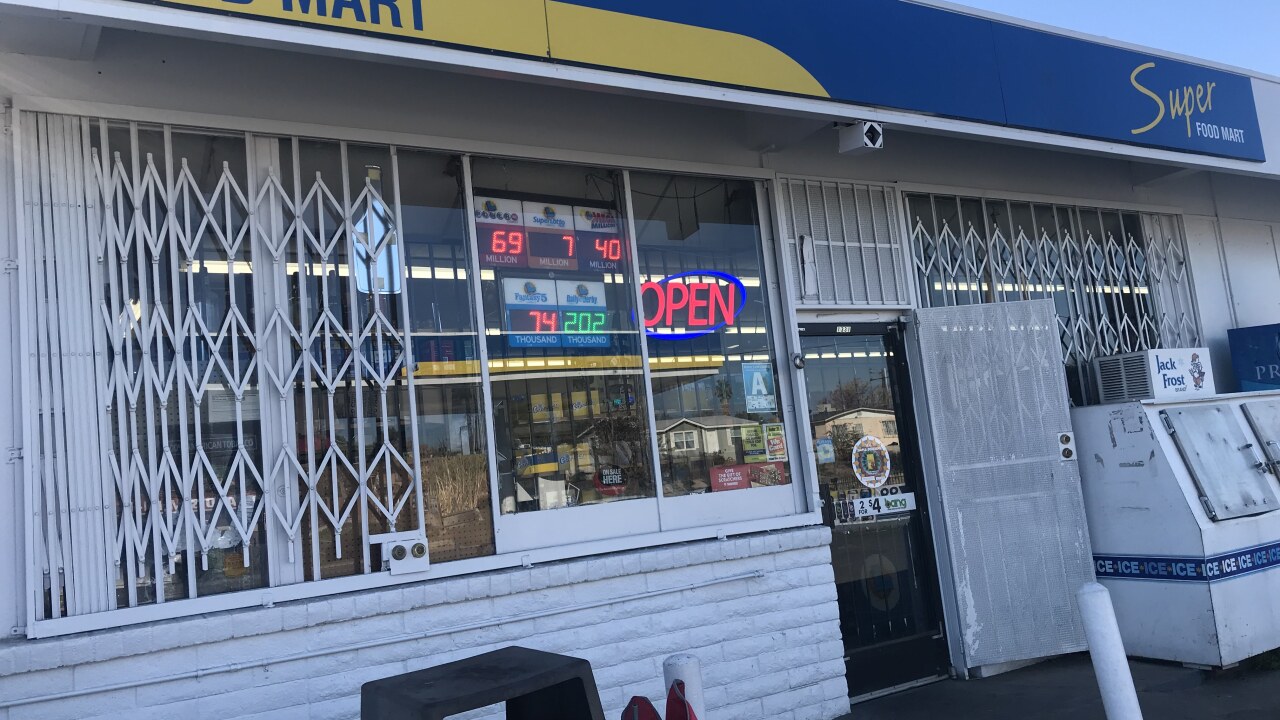 BAKERSFIELD, Calif. — A million dollar lotto ticket has been sold in Bakersfield.

The winning Powerball ticket was sold at the Super Food Mart at Bernard Street and Haley Street in east Bakersfield.

The ticket matched 5 out of the 5 numbers, but missed the Powerball number. No one has claimed the ticket yet, however the lucky winner will be starting off 2019 $2.6 million richer.

Since 2013, there have been two winners in Taft, one in Ridgecrest, one in Tehachapi, one in Delano and seven in Bakersfield -- not including Thursday's win.

According to lottery officials, they all received more than 200 thousand dollars each.

If you think you are the winner of the Powerball ticket purchased at the Super Food Mart, lottery officials recommend filling out all of the information on the back of the ticket and physically bring it to the Fresno district office.