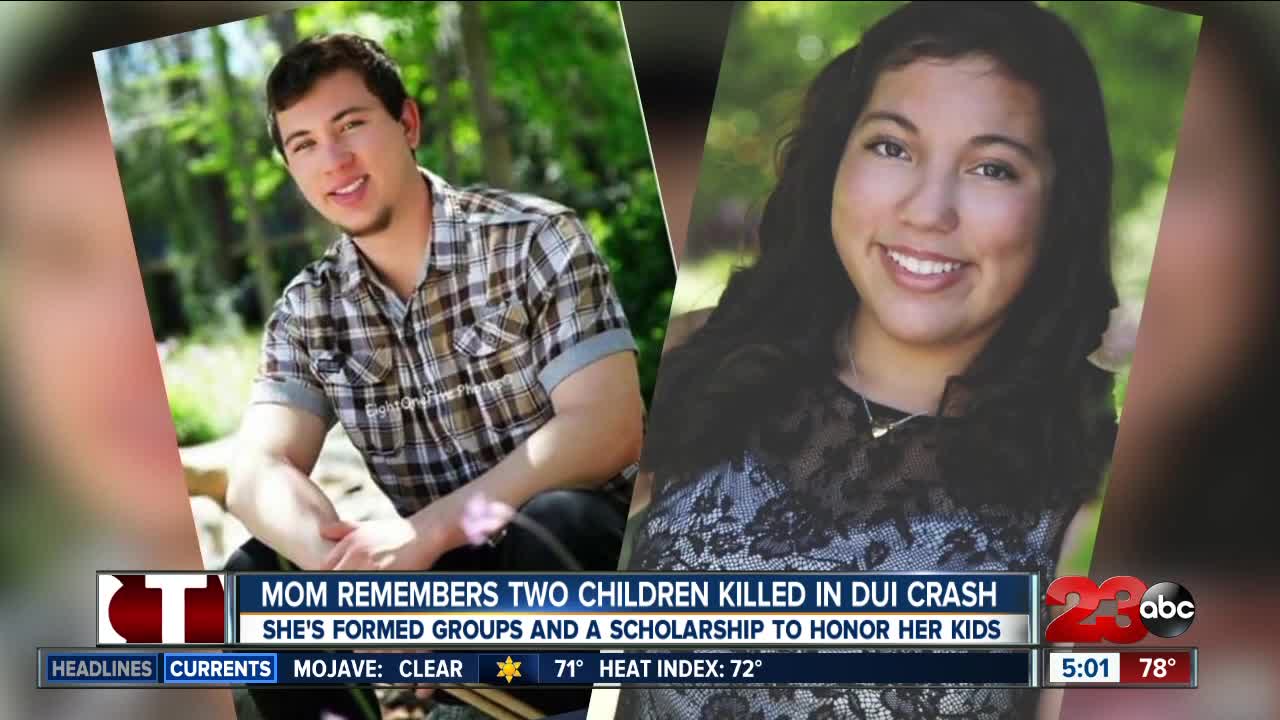 Madysyn and Kaleb Garza were killed when a drunk driver hit their car head-on in 2018.

BAKERSFIELD, Calif. — Adam Garza was driving four of his children on Highway 43 on March 25, 2018 when a drunk driver hit them head-on , killing everyone, including the drunk driver, with the exception of one of the children.

CHP said the driver, Maria Rodriguez of Shafter, was more than three times above the legal limit.

Amber Morales is the mother of three of the children in the car. Ethan survived the crash, but 14-year-old Madysyn and 19-year-old Kaleb died at the scene.

Amber has also created groups in her children's names. Live like Madysyn has a Facebook page and encourages people to do acts of kindness and spread positivity, like Amber says Madysyn always did. Amber also created a scholarship in Kaleb's name, Keynotes for Kaleb , which raises money for students pursuing music from Golden Valley High School, where Kaleb graduated from.

As hard as the past year has been, Amber says she will never stop working to keep her angel's memories alive.

"Their deaths are never going to be in vain. It's not fair that this happened to me and my family. It shouldn't have to happen to any family at all. This is one hundred percent preventable," said Morales.