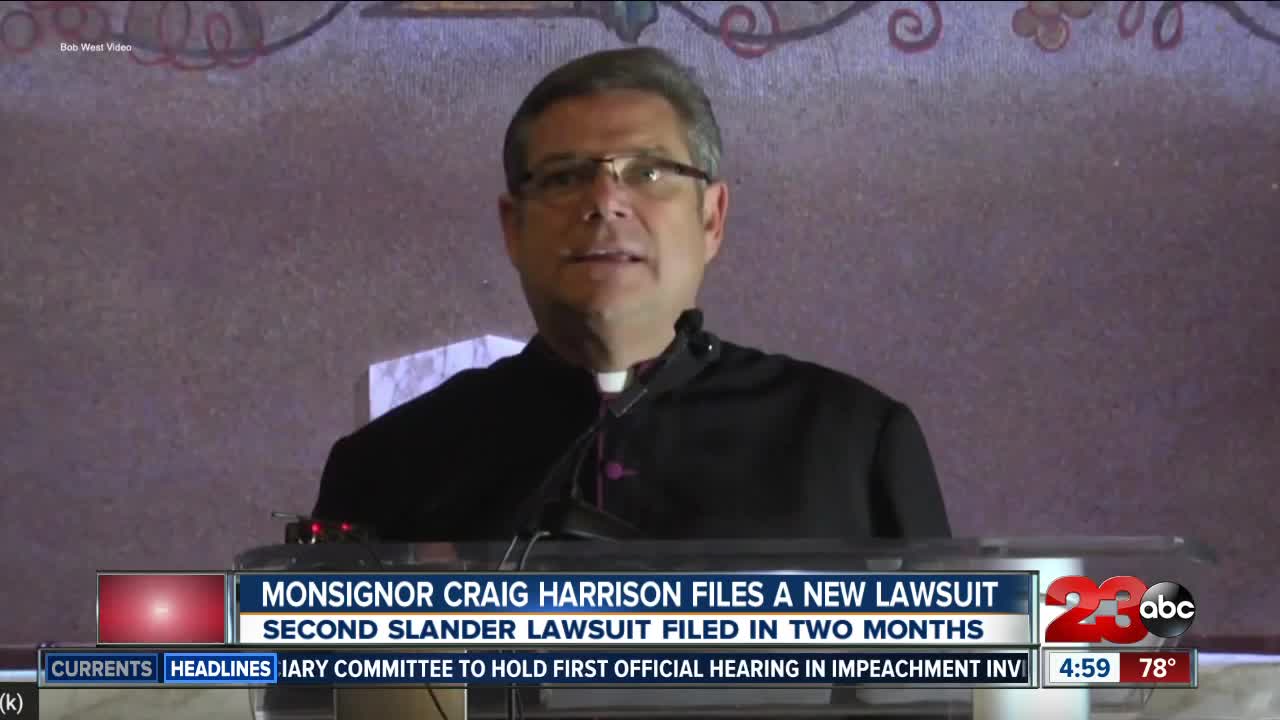 BAKERSFIELD, Calif. — Monsignor Craig Harrison has filed a second slander lawsuit over sexual misconduct accusations made against him by alleged victims.

In the lawsuit, which was filed in Kern County Superior Court, Monsignor Harrison claimed that around May 21 and July 31 the defendant(s) "negligently and maliciously published and re-published false, defamatory, libelous, and slanderous statements including allegations of sexual misconduct".

The lawsuit named Ryan Dixon and other unidentified defendants. Dixon, who is also known as Brother Justin Gilligan was allegedly around Monsignor Harrison before he became a monk. Gilligan has publicly stated that he witnessed inappropriate touching and sexual advances from Monsignor Craig.

"I witnessed him being inappropriate with children, giving gifts and money, saying sexual jokes, touching and being alone with them," the lawsuit claims one alleged victim said. "I have also witnessed him taking advantage and controlling lives of younger men entrusted into him that had drug or alcohol problems."

In the lawsuit, Monsignor Harrison claimed that those statements and false claims were done with malicious intent, oppression and reckless disregard.

Monsignor Harrison recently filed a similar civil lawsuit against the Roman Catholic Faithful and its founder, according to a press release from his attorney, Kyle Humphrey. The press release stated that the case is filed in the Kern County Superior Court and is "the first in a series of legal actions to restore the reputation and good name of Monsignor Craig Harrison and to hold accountable these defendants for their false, malicious and reckless accusations."

In July, The Bakersfield Police Department closed an investigation on Monsignor Craig Harrison involving allegations of misdemeanor sexual battery that happened in the early 1990s. The department claimed that the case does not meet established standards for a recommendation for filing of criminal charges.

In the second lawsuit, Monsignor Harrison claimed that the slander against him has caused "permanent damage and injury to his good name," and loss of income, and medical bills. Monsignor Harrison is asking the defendants for an undisclosed amount of economic damages.

You can read the full lawsuit here (PDF).