Multi-car pile up on Grapevine leaves many injured 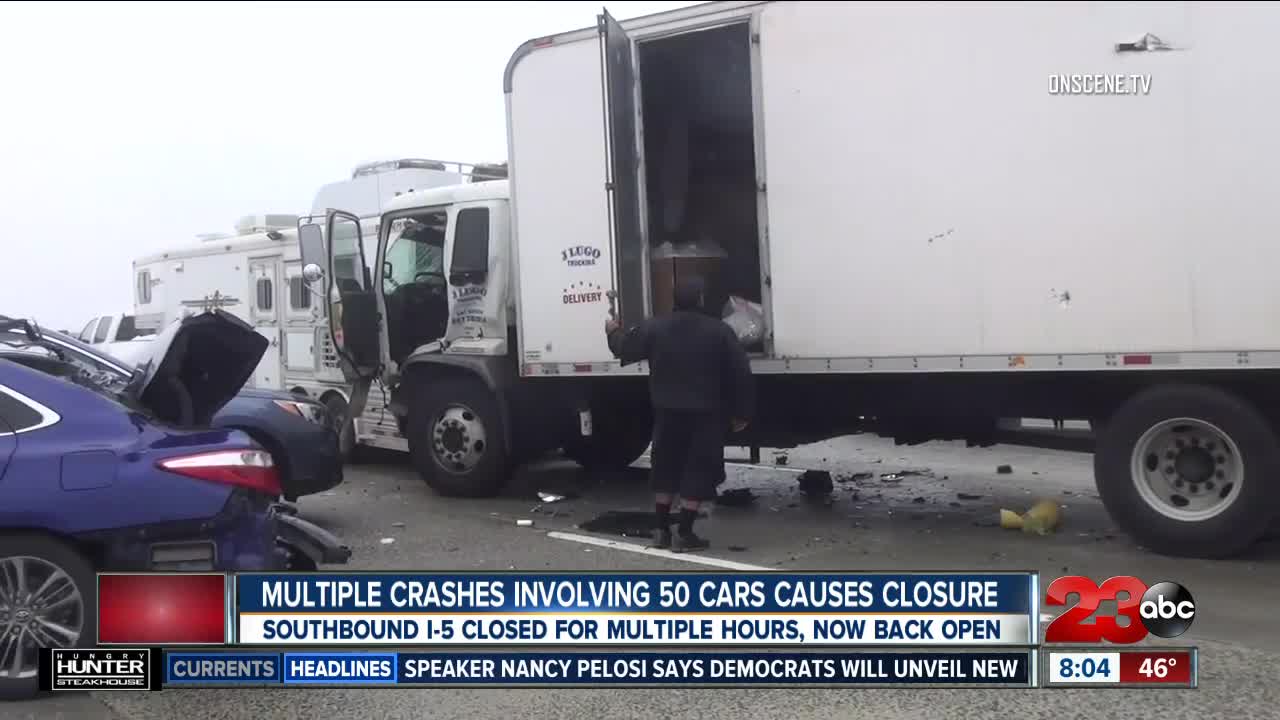 Multi-car pile up on grapevine leaves many injured as well as one toddler.

BAKERSFIELD, Calif. — A multi-car pile up on the I-5 on the Grapevine has left at least 30 people injured, including a toddler.

The fog created a challenge for medical helicopters, but eventually the toddler was flown to a hospital in critical condition.

Deputies said thick fog and rain caused a minor crash that created a chain reaction slow down that led to the multi-car pile up.

According to CHP, shortly after 3 p.m. there was an estimated four to five separate crashes in the area of southbound I-5 just south of Frazier Mountain Park Road with 50 cars involved, that shutdown the southbound freeways for hours.

Since last checked, the toddler is still in critical condition. The others are not listed as serious, and a horse died.

All lanes of the I-5 on the Grapevine are open.