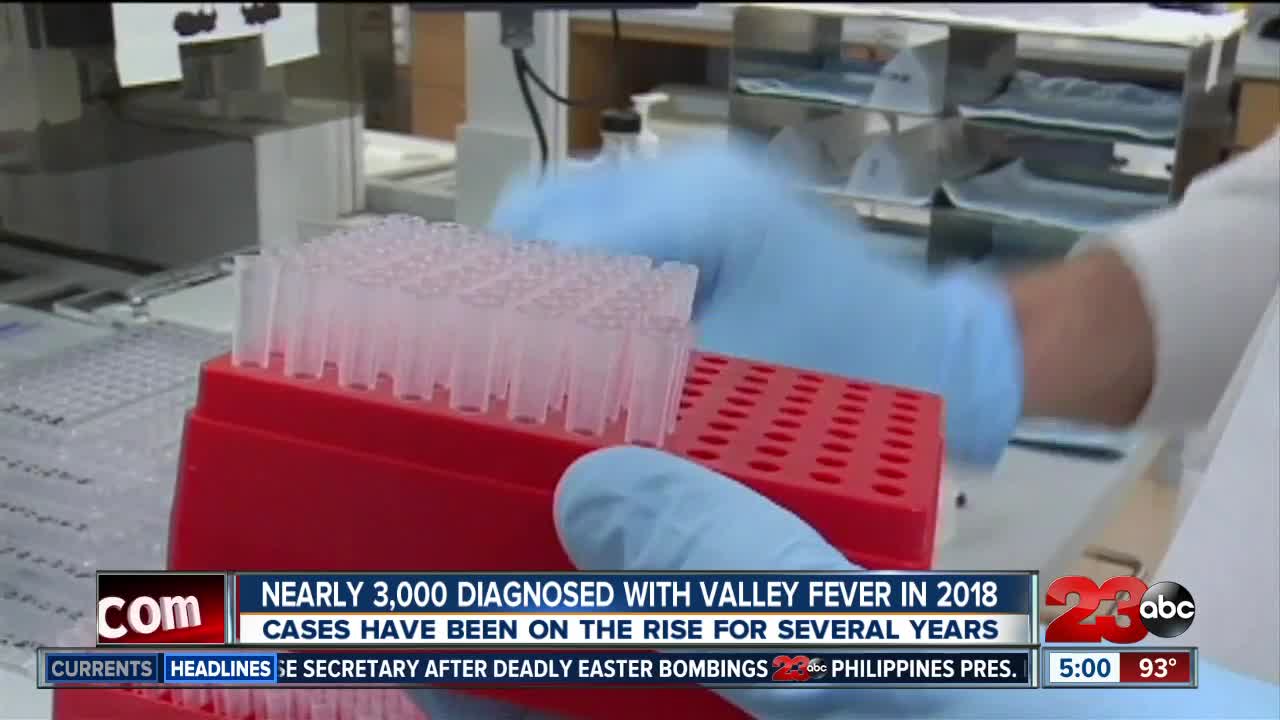 Cases have been on the rise for several years

BAKERSFIELD,Calif. — The 2018 numbers for individuals affected by Valley Fever are in and 2,937 people have been diagnosed. This is the fourth consecutive year of increase in Kern County, most of them affecting 25 to 64 year old's.

Six people have died as a result. Kern County Public Health Services says there was a seven percent increase in Valley Fever cases last year, the most since 1992. As a result, public health says they are reintroducing their Valley Fever campaign.

Kimberly Hernandez, epidemiologist for Kern County Public Health Services, says they aren’t sure why the increase but hope it’s due to awareness.

“As providers are more aware of it and they diagnose it better and [when] they will report it, we will find more cases,” said Hernandez.

Hernandez says they were not surprised by the increase last year.

“We get cases reported throughout the year, it’s difficult to predict how the year will actually end up. We do know it’s been increasing for the last couple of years,” said Hernandez.

Rob Purdie was diagnosed with a severe case of Valley Fever back in 2012 and has since become actively involved with the Valley Fever Institute.

“Unfortunately, because there is a small percentage of people impacted by this it's not profitable enough for the large drug companies to get involved. So, we have to rely on donations and the work of these people that are tirelessly trying to develop these drugs,” said Purdie.

Hernandez added that they are working on educating the community and getting better medications. “We are supporting a vaccine development and all that funding we are hoping to continue to bring in our county,” said Hernandez.

Valley Fever can include a rash, but some people don’t show any symptoms. “It’s that nagging cough that doesn’t go away that drives people to go to a healthcare provider, a lot of people can [also] have fatigue and exhaustion,” said Hernandez.

The department and the Valley Fever Institute say it's difficult to know how people are exposed to the disease. Also, if there are high winds and dust there’s a greater chance of being exposed to Valley Fever spores.

“Because this fungus grows in the ground, we know that the weather and environment play some kind of role in the amount of fungus that grows in our community,” said Hernandez. “And dust disturbing activities increase the amount of exposure people can have.”

About 40 to 60 percent of people who are exposed to the fungus will not show symptoms, but Public Health Services encourages people to get tested if they think they may have been exposed.

For more information on this newly released data follow this link.