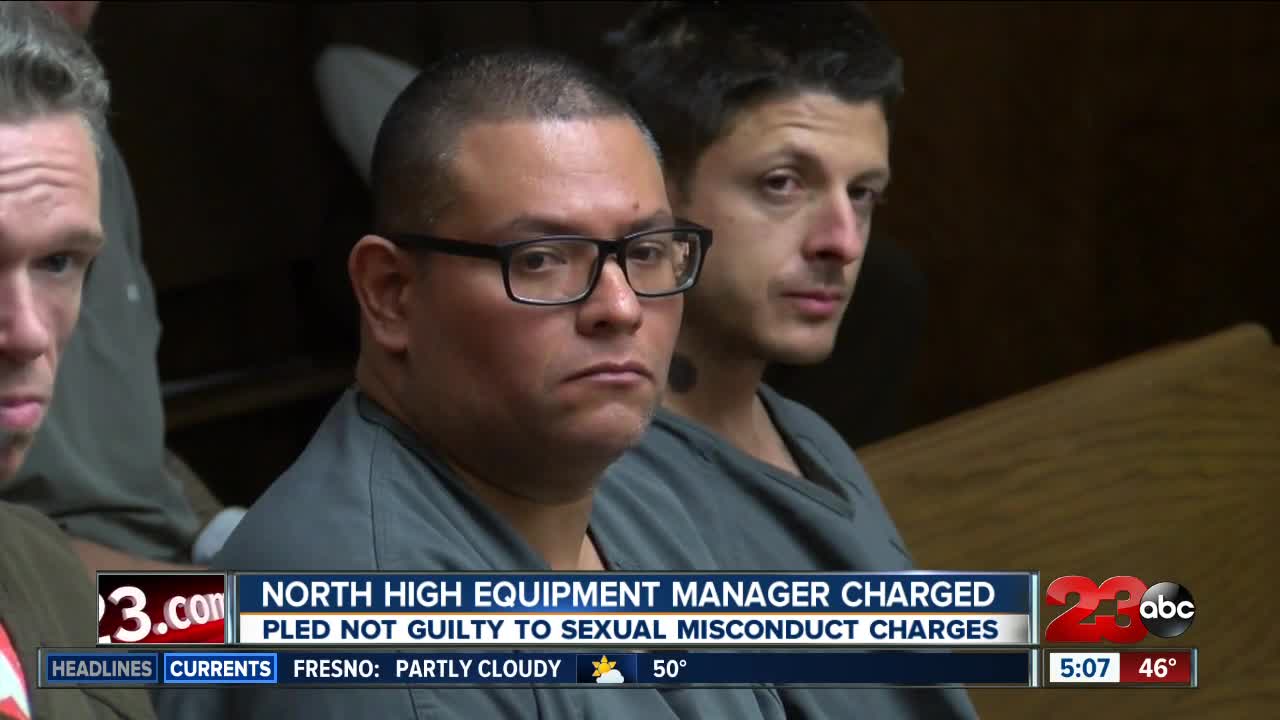 BAKERSFIELD, Calif. — A North High equipment manager, who was arrested and charged yesterday with multiple counts of lewd acts with a minor, plead not guilty today in court.

According to court documents obtained by 23ABC, Edwin Rodriguez allegedly engaged in inappropriate behavior with both male and female students, including telling a 17-year-old male student he was "gay on the weekends." According to the District Attorney, at least 10 victims are involved in the case.