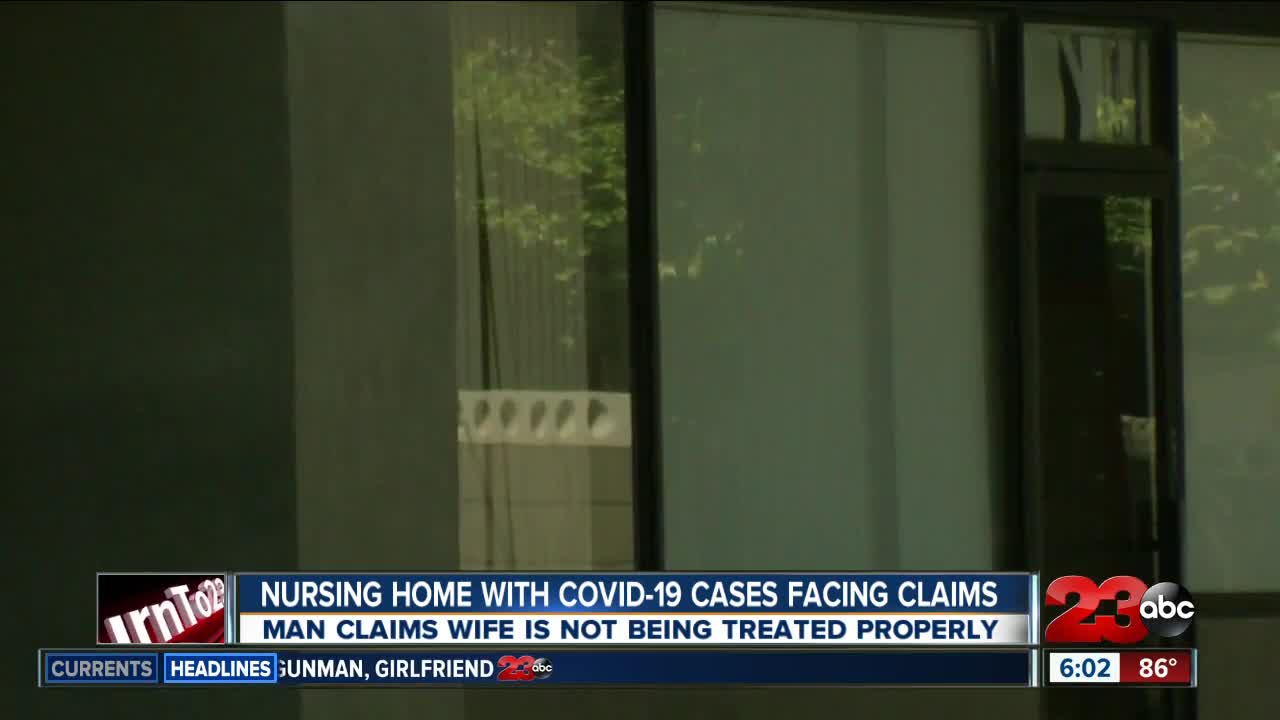 BAKERSFIELD, Calif. — On Friday 23ABC News learned new details about a local nursing care facility that recently had four employees test positive for COVID-19. Documents show the facility has a long history of failing to properly care for the elderly, according to the California Department of Public Health.

23ABC spoke to a local Kern County resident, Michael Driscoll who said his wife is not being cared for appropriately and she has serious underlying health conditions that make her more at risk for COVID-19. He said he’s worried she may become ill due to the lack of care inside the facility and that he won’t be able to comfort her or possibly even say goodbye to her if she becomes ill.

Driscoll said that for the last seven years he’s spent every night with his wife, Cheryl Driscoll, "And that was really hard on me to be able to go there and not get in there,” Driscol said. However, now that COVID-19 has locked down nursing homes all across the country Driscoll can no longer visit his 73-year-old wife Cheryl who is blind and currently lives at the Kingston Health Care Facility in Southwest Bakersfield, after suffering a major stroke five months ago.

“I am concerned because she has underlying conditions, she’s got chronic lymphatic leukemia diabetes,” Driscoll said.

However, documents show the California Department of Public Health has cited the Kingston Health Care Facility more than 14 separate times since 2015. Just within the last six months they were also cited with a Double-A citation, which is considered one of the most serious violations. Documents show they were cited for not providing appropriate care for a man in his 70’s who required ongoing staff assistance but ended up in intensive care unit for a fall that was deemed preventable.

Driscol said his wife has experienced similar neglect, “The first night she was there she fell out of bed and then she fell out of the bed again, and then they put the bed on the floor to try to solve that problem but she kept sliding out so that wasn’t addressed. Then not changing her frequently enough and she was getting urinary track infections.”

Driscoll also claimed the facility was over medicating his wife, tried to kick her out and limited his activity in the facility for reporting issues to local elderly abuse advocacy groups, “My wife she’s my life and just thought of losing her without being able to touch her again is just ..it will drive you up a wall.”

23ABC News reached out to Kingston about Driscoll's claims as well as the safety measures in place for staff and patients regarding COVID-19 and they shared the following statement:

"Kingston Healthcare Center is currently working with California Department of Public Health and Kern County Public Health to investigate confirmed cases of COVID-19. Resident and family members have all been notified and any questions they may have are being addressed. California Department of Public Health was on-site at the center yesterday and conducted an COVID-19 Infection Control Survey. The survey results confirmed that Kingston Healthcare Center is following all recommended infection control and housekeeping guidelines. Center Administration will continue to give daily updates to public health officials."-Kristen Morris of Kingston Healthcare Facility