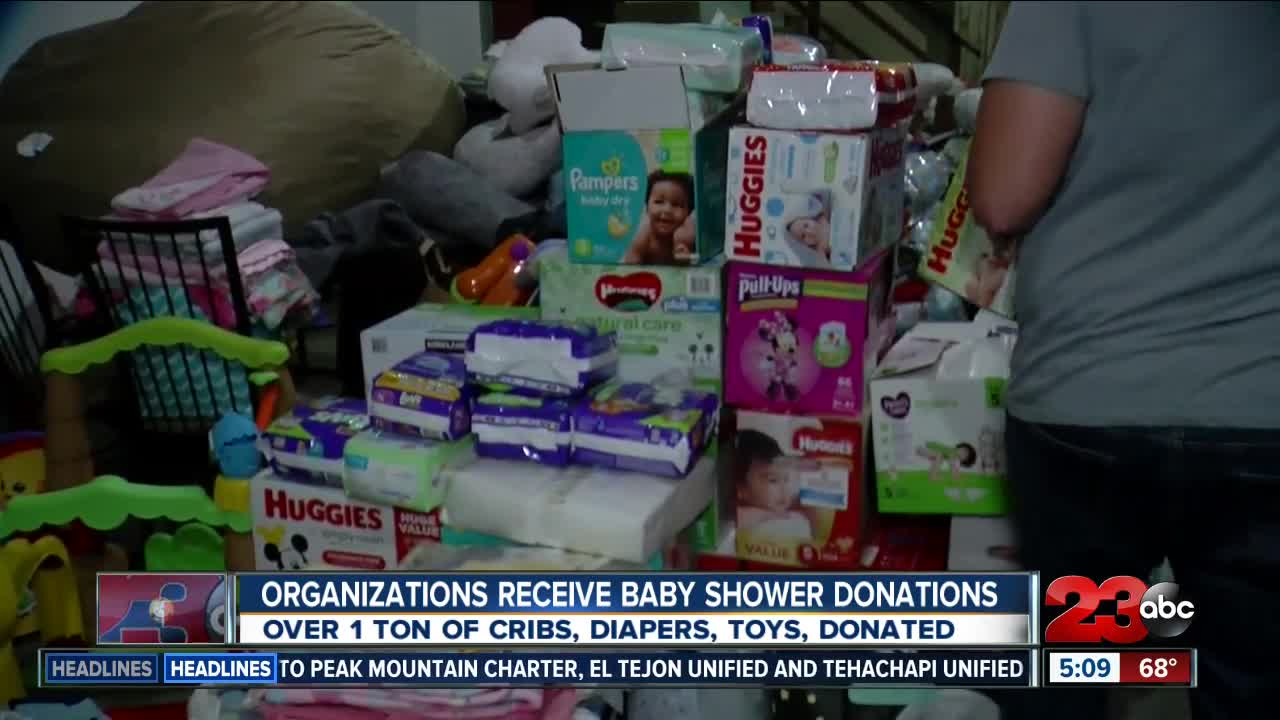 A little over a week ago, the community stepped up and showed support for the inaugural 23ABC Bakersfield Baby Shower. Monday the thousands of items that were collected were distributed to three local agencies who help take care of the most vulnerable babies and children of Kern County.

BAKERSFIELD, Calif. — A little over a week ago, the community stepped up and showed support for the inaugural 23ABC Bakersfield Baby Shower. On Monday, all of the items that were collected were distributed to three local agencies who help take care of the most vulnerable babies and children of Kern County.

The items were transported by Hall Ambulance. One official from hall estimating everything together, including diapers, cribs, and toys, weighed over 1 ton.

"The ambulance was quickly overrun with donations of the baby items. So we were just thrilled and you could see on the video that the donations overflowed several tables and filled up the entire parking lot," said Mark Corum, the Director of Media Services for Hall Ambulance.

The drive benefits the The Bakersfield Pregnancy Center, The Jamison Children's Center and the Mission at Kern County

"We just truly wanted to thank the community for collecting these baby items for us. These items will help us and prepare us to take better care of our babies. So again thank you so much, and we truly appreciate your kindness and generosity," said Tammie Campbell, a group counselor for Jamison Children's Center.

Hall Ambulance estimated they hauled over one ton of items Monday, using a trailer, and, you guessed it. An ambulance. The agencies receiving the gifts were thankful.

"Especially during this time of year, we're low on supplies with diapers and such. Now you bring in toys, it's a really neat thing. It's overwhelming seeing the outpouring of support from the community, it just shows that our community is so benevolent and so kind," said Carlos Baldovinos, Executive Director of the Mission at Kern County.

We'd love if this happened every year, we would be able to come alongside and support the women throughout the year, and to know that the supplies won't dwindle. That we will be able to meet those needs. Day in and day out," said Erin Rogers, Executive Director of the Bakersfield Pregnancy Center.

Because the community stepped up at the inaugural event, officials say all the supplies will help vulnerable children and babies in Kern County for months.

"For a new mother to have one less thing to worry about, I think it's just good, it touches the heart. And once again this community has come out and delivered," Corum said.