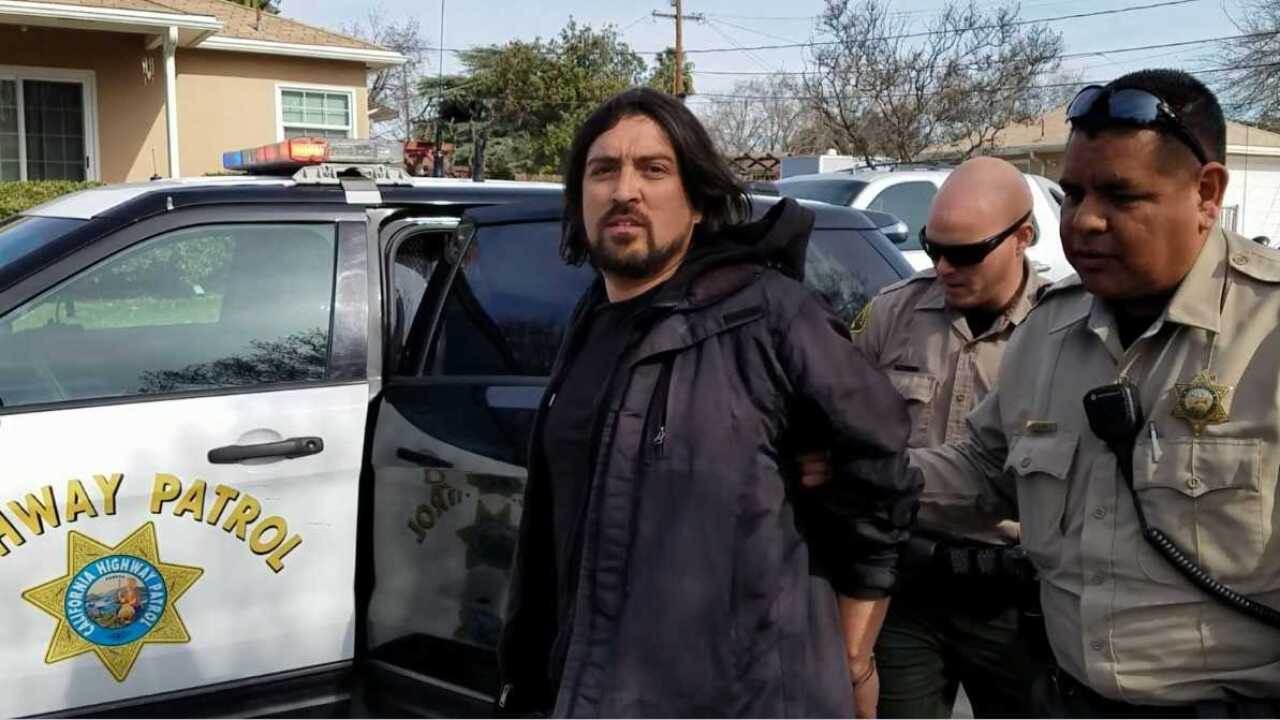 FRESNO, Calif. — A Porterville man has been arrested for allegedly threatening to kill his ex-girlfriend and shoot up a high school.

According to the Fresno County Sheriff's Office, around 8:30 a.m. on Thursday, February 7, Fresno County Sheriff's dispatchers received a report that a woman was allegedly receiving threatening text messages and calls from her ex-boyfriend Paul Flores. Around 9:15 a.m., the victim reported that she had allegedly received a message from Flores in which he allegedly said he would go after her son at Clovis High School and "shoot up" the school. Deputies discovered during the investigation that Flores had access to firearms.

Fresno County Sheriff's Office notified the Clovis Unified School District and Clovis Police. The high school was placed on lockdown as a precaution. During the investigation, deputies learned that the student who Flores allegedly targeted was not at school.

A "Be On The Lockout" (BOLO) was issued for Flores' 2004 Toyota Corolla. With the help of the California Highway Patrol’s helicopter, H40, Flores’ vehicle was spotted driving into the city of Fresno.

Around 10:45 a.m., CHP officers and Fresno Police officers were guided to the area of E. Dennett and N. Echo Avenues in Fresno. They made a traffic stop and detained the man driving, who was later confirmed to be Paul Flores. Deputies searched Flores' car and did not find any guns. Detectives took custody of Flores for further questioning.

Clovis High School was notified of the development and lifted the lockdown.

Anyone with additional information about the suspect in this case is asked to contact the Sheriff’s Office at (559) 600-3111, Crime Stoppers at (559) 498-7867 or www.valleycrimestoppers.org You will remain anonymous and may be eligible for a cash reward.