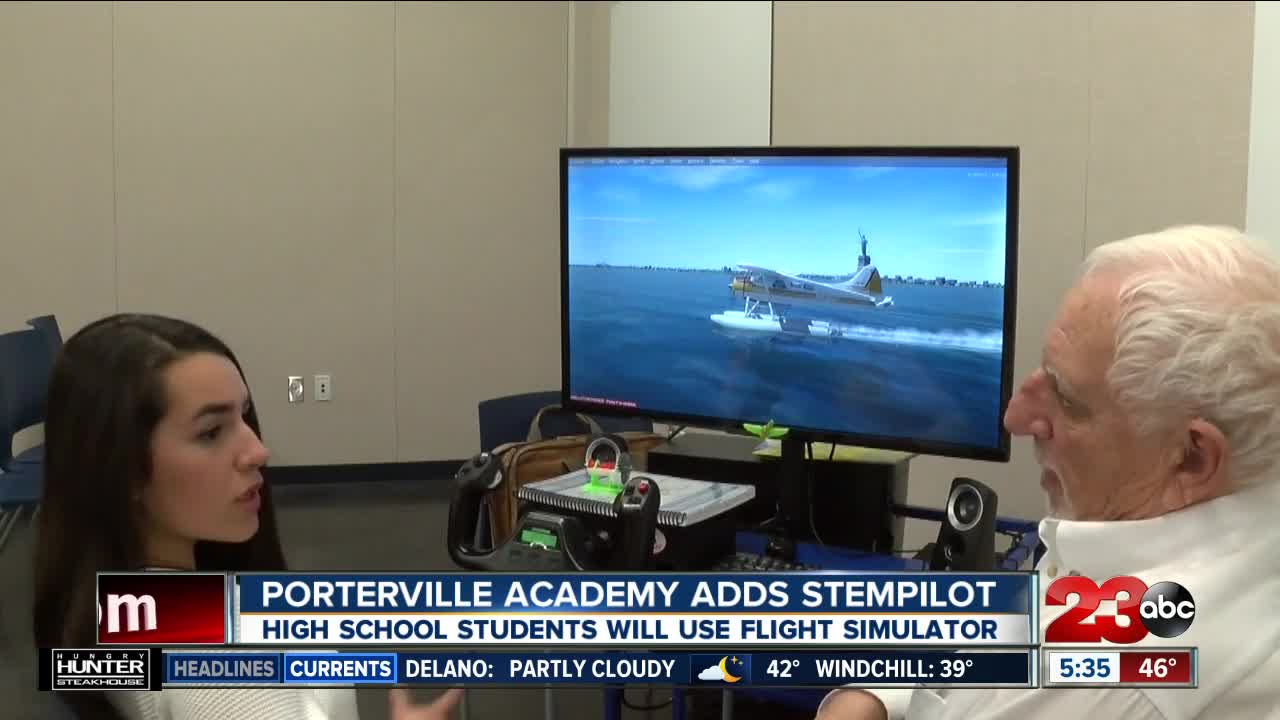 BAKERSFIELD, CA. — Porterville Military Academy in Tulare County. has been open for a year, but they're ready to take their cirriculum sky high.

The high school adopted StemPilot, a program focused on education through flight simulation, into their new math and physics courses.

The program was funded by Edwards Air Force Base in Kern County.

"A lot of people think this is just a military academy, but it's actually about choices for the kids," Ron Irish.

The high school says it is evolving its curriculum in order to give students the most opportunities to explore different career paths. The CEO of StemPilotm Jay Leboff says the program is currently in thousands of schools throughout the country.

"The goal isn't to turn every kid into a pilot," says Jay Leboff. "It's to to excite opportunities as engineers, coders, air traffic controllers."

The program includes flights to airports across the world. Students at Porterville Military Academy will begin the program in August.

"The places I want to travel in the StemPilot program is London, Paris and places in Europe," says Nunez Amayo.