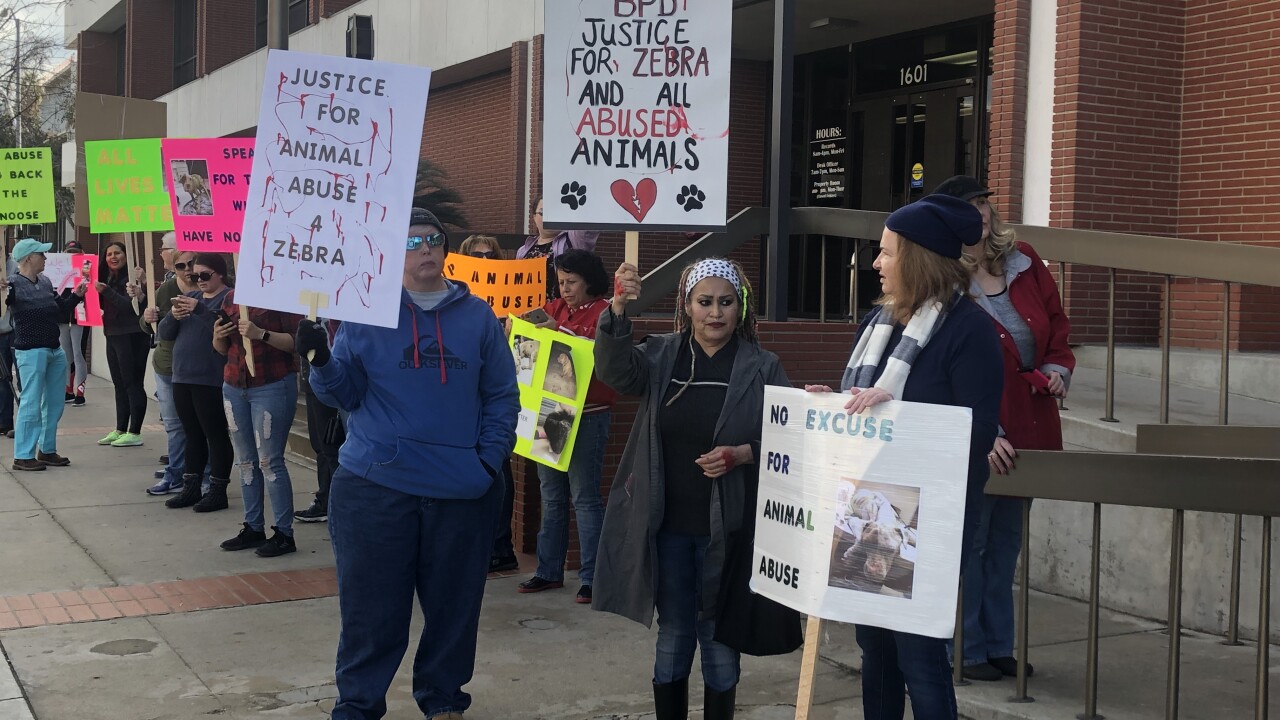 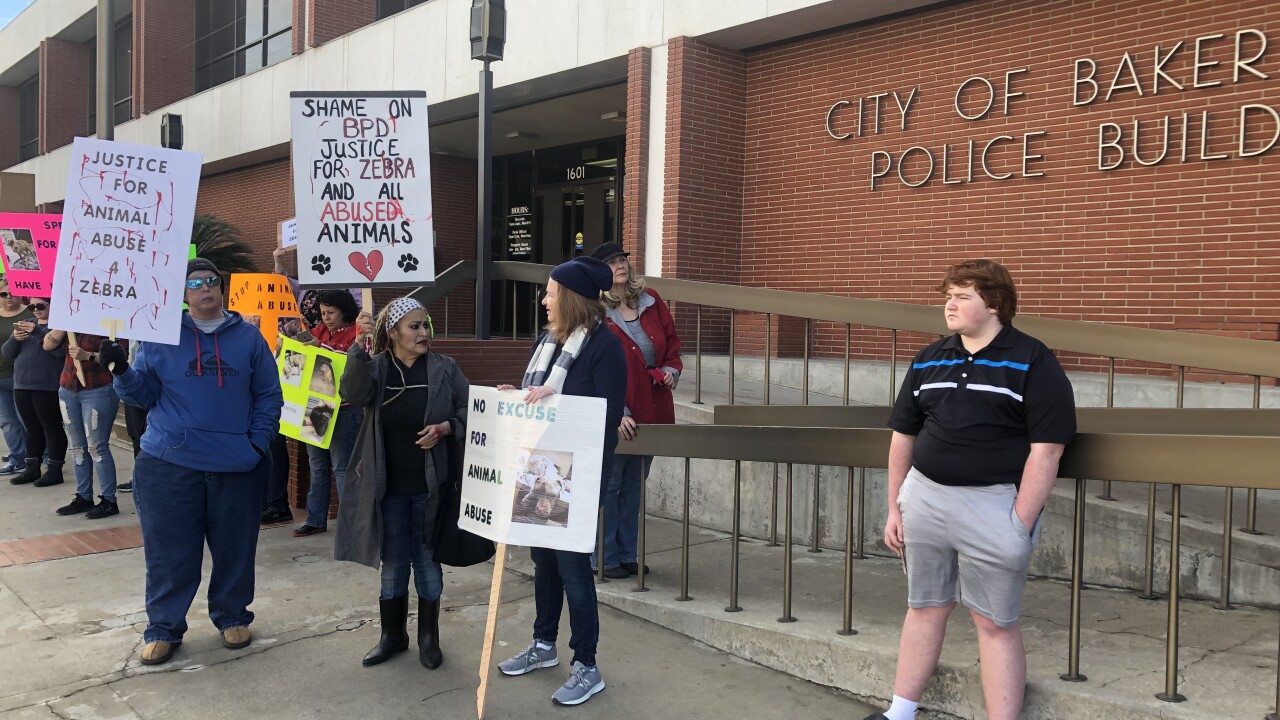 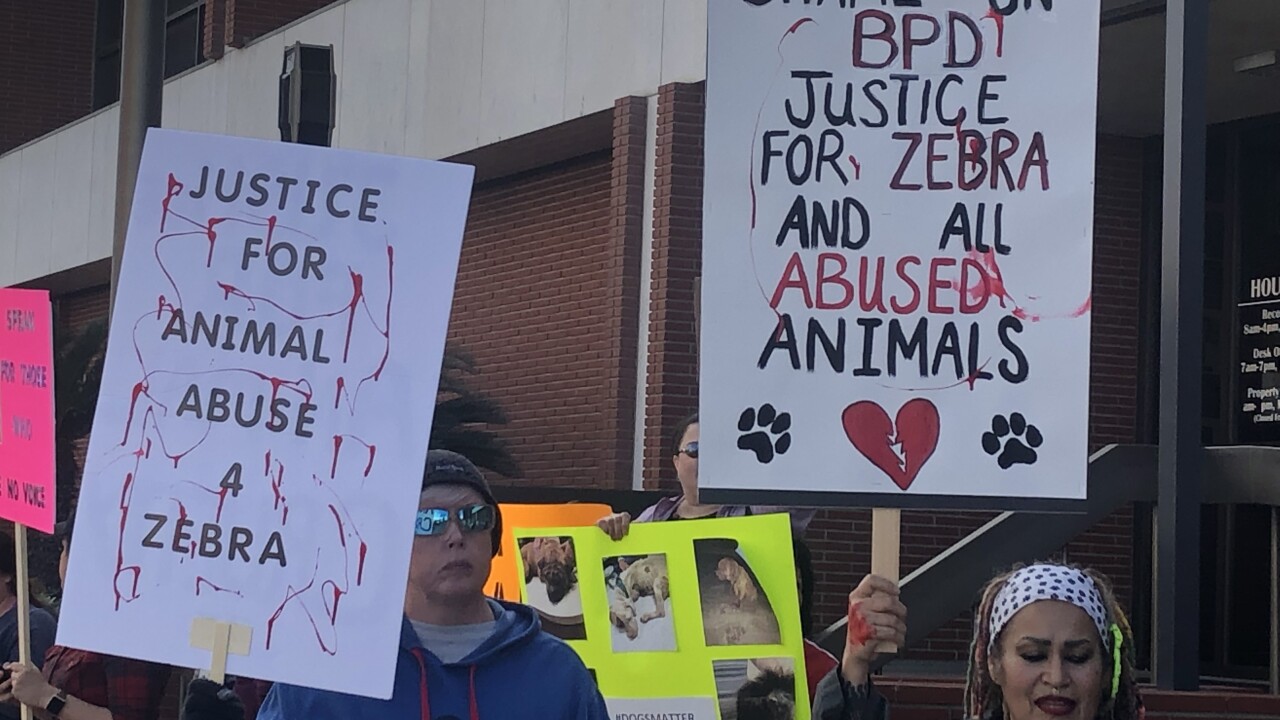 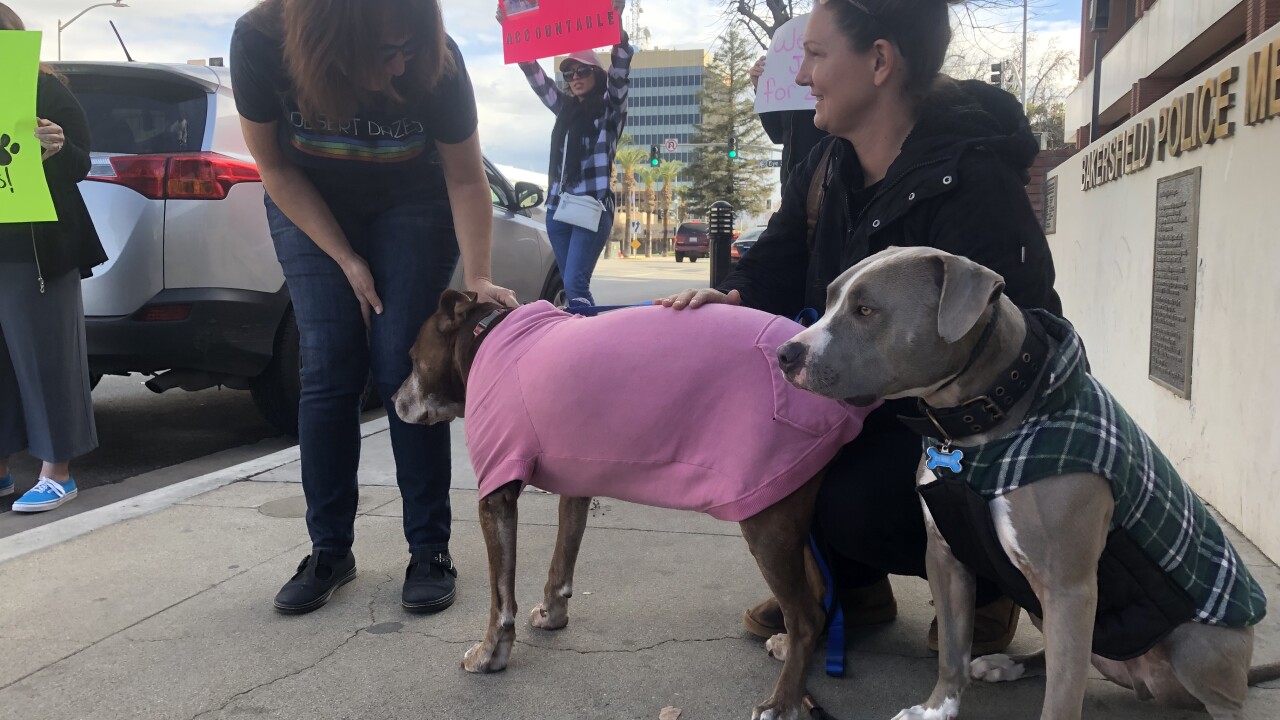 BAKERSFIELD, Calif. — People have gathered outside of the Bakersfield Police Department Headquarters to call for justice for a dog that was caught on video being dragged behind a Bird electric scooter.

Protestors gathered outside of BPD Headquarters on Truxtun Avenue starting at 10 a.m. to push BPD to arrest the woman who was allegedly involved.

On Sunday, January 6 at about 3 p.m., officers of BPD and Animal Control were dispatched to near 2100 Pine Street for a report of animal cruelty. Officers contacted witnesses who said they observed a female subject riding an electric scooter with a small dog being dragged.

Witnesses advised that they intervened and stopped the female but the dog had already sustained visible injury and then directed officers to an apartment complex where the woman was last seen.

Officers responded to an apartment near 2200 24th Street where they believed the woman entered and, despite several attempts to contact the residents, officers were unsuccessful. Unable to determine if an offense had or had not occurred, officers gathered investigative information and cleared the scene pending a follow up investigation.

On Monday, officers followed up and were able to identify and contact all parties. They then contacted the woman who was interviewed and released pending further investigation. The dog was located in the care of a separate owner who investigators confirmed is the legal owner of the dog.

Investigators also determined that the owner took the dog to a local veterinarian where it was treated and released. The dog was permitted to remain in the care and custody of the legal owner.

The attorney for the woman who allegedly dragged a dog behind an electric scooter released a statement regarding the investigation.

We have been 100% cooperative with the Bakersfield Police Department and their investigation. My client loves animals, especially Zebra, the dog who was shown in the video. We are confident that once law enforcement has concluded their investigation that this will be ruled an isolated incident. The dog is doing great and expected to have a full and short recovery.

At this time, the names of the involved parties are being withheld as this is an ongoing criminal investigation.

Anyone with information regarding this investigation is asked to call the Bakersfield Police Department at (661) 327-7111.