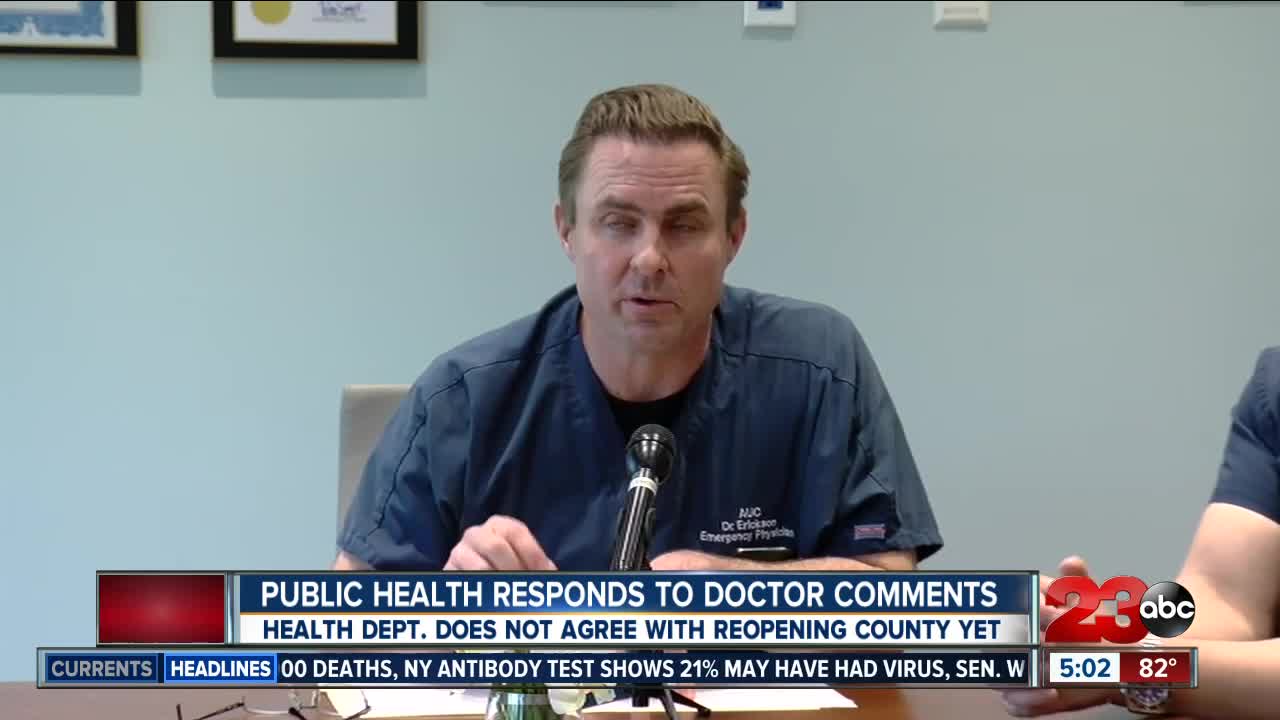 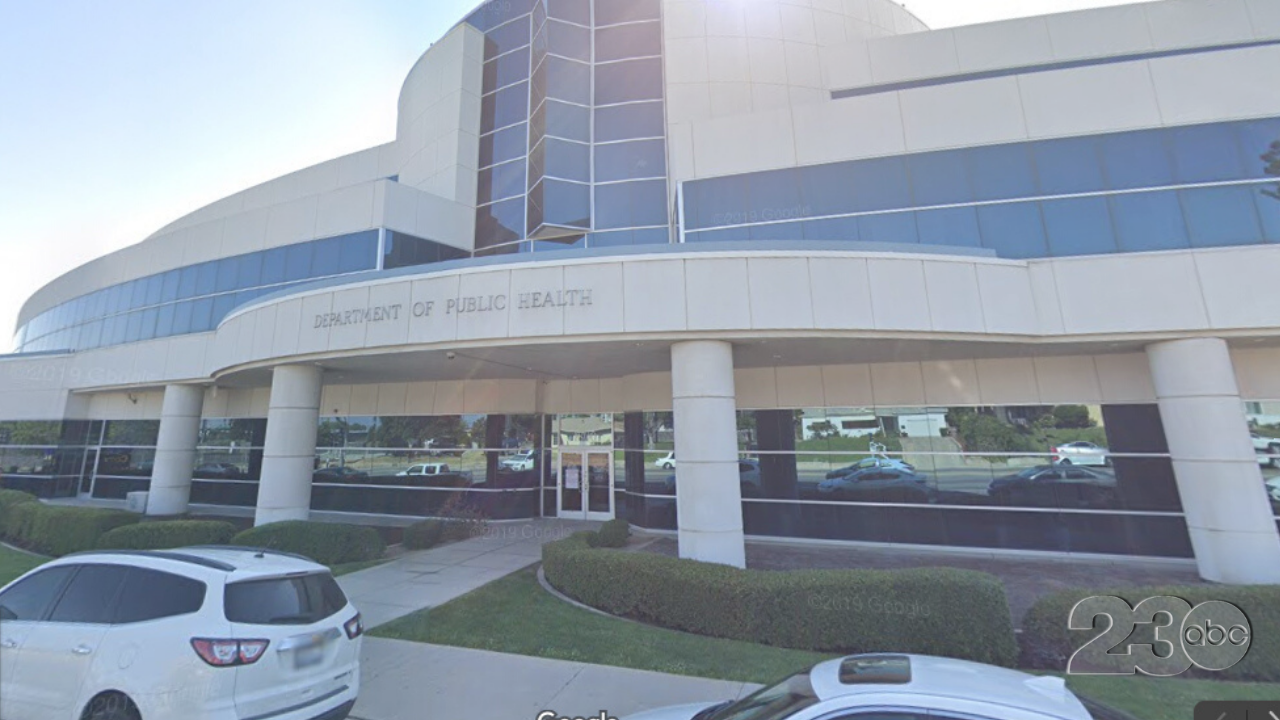 "I would start slowly I think that we need to open up the schools start getting kids back to the immune system," Dr. Erickson of Accelerated Urgent Care said on Wednesday.

When Dr. Erickson explained why he believes the data supports his statements about reopening he also said that the Kern County Public Health Department agrees with him,"I've talked to our local head of the health department and he's waiting for that, even though they are in agreement with me, their waiting for the powers that need to lift.."

However, in a press briefing Thursday Public Health said Director Matt Constantine was not in agreement with Dr. Erickson on that issue, "Our director has not concurred with the statements that were made yesterday about the need to reopen," Kern County Public Health Department Public Information Officer Michelle Corson said.

After the Public Health Department's press conference, Dr. Erickson provided further clarification surrounding his conversation with the Kern Public Health Department Director Matt Constantine. "When I talked to Matt Constantine we just went over the data of whats going on in the city and we were talking about the best approach to get people back to work we didn't have any agreement on when it would happen," Dr. Erickson said.

Public Health concluded their press conference by saying their message is still remaining the same, "Now is the time to remain very vigilant and stay at home and practice social distancing." Corson also explained that their game plan hasn't changed as far as when the county will reopen, "When the Governor gives the order to start moving back to opening that is when we will start providing you with information with how to do that safely."