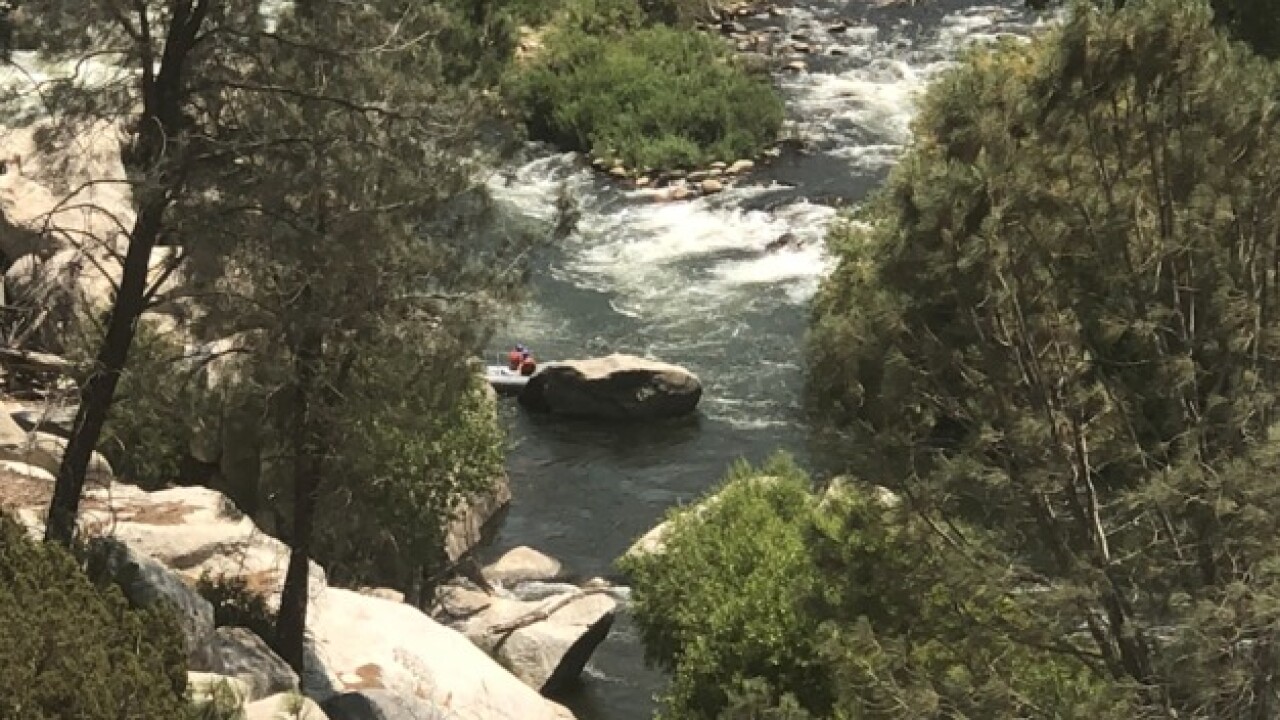 The Kern County Coroner's Office has confirmed that a body found in the Kern River Tuesday is that of a man who went missing over the weekend.

They have identified him as Jared Jamaal Andrews Jr.

KCSO says a group of rafters spotted the body on Tuesday afternoon. Search and rescue crews confirmed the report with the use of a drone and were able to recover Andrew's body later that day.

RELATED: Officials say Jared Andrews was seen falling off a rock into the Kern River on Saturday.