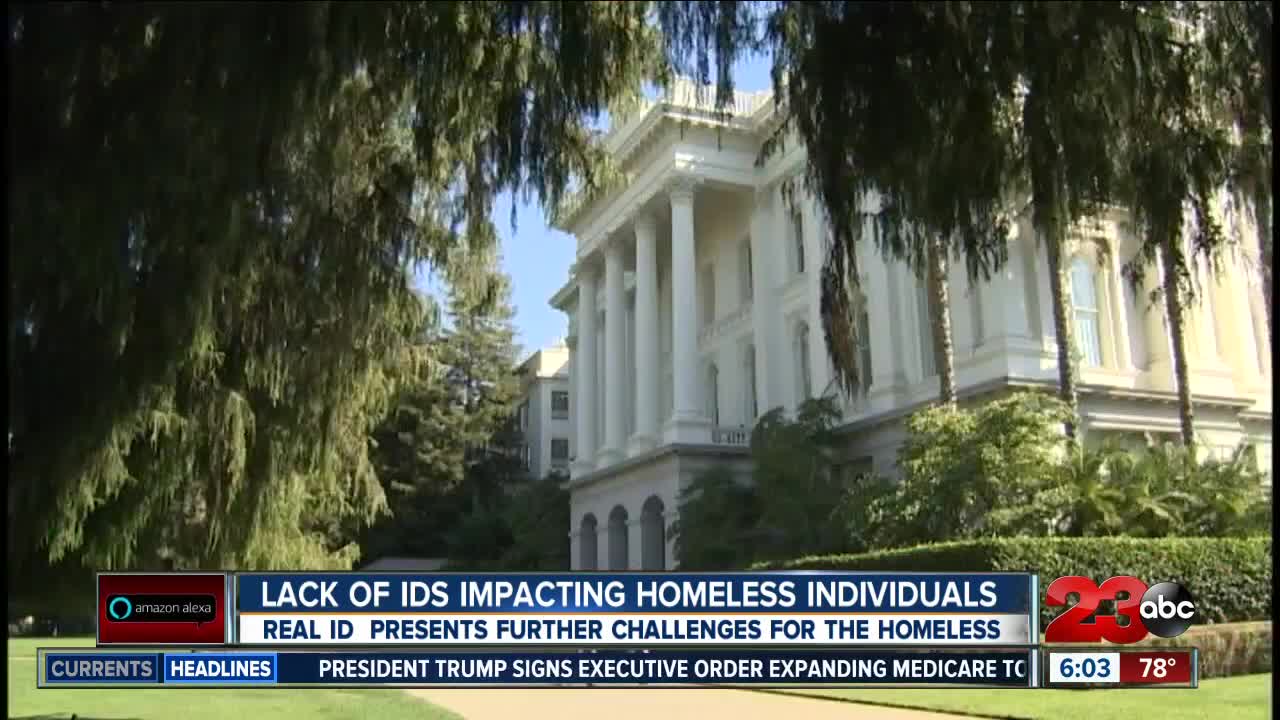 BAKERSFIELD,Calif. — Homeless individuals in the community are a growing concern and there are several hurdles they must face in the process getting back on their feet, one includes obtaining Identification.

Chris Morrow says that he was homeless in Bakersfield for four years, during that time losing his social security card, birth certificate, and ID.

"An ID is probably one of the first hurdles you should get out of the way you can’t do anything without an ID," Murrow said. "In fact, you can get in trouble for not having one and walking around by the police."

Murrow says most people living on the streets don’t have one or several of those critical documents. He and other experts say that can be the biggest hurdle to navigating the process to get a job, housing or critical services.

"When I arrived at the Mission one of the first things they did for me is to give me my identification," Murrow said. "California has some amazing programs and the IDs are free now, but you have to verify that you are homeless and we can only do that for people who are staying here."

"It’s discouraging and unfortunate how long it takes to get an ID, but that's where service organizations come in," said Louis Gill, CEO of Bakersfield Homeless Center. "We have to keep people engaged and help them move off the streets into a new life."

With the state requiring all individuals to have a Real ID, navigating that process for the homeless can be made exponentially difficult if they don’t have documents to support who they are.

Baldovinos
"The whole decision with the Real ID coming out it's going to pose a challenge with our organization," said Carlos Baldovinos, executive director of the mission at Kern County. "And we are working with staff to address it and with DMV services because its a whole different set of guidelines they are looking for."


The Real ID requires two documents of proof of residency, a social security card or W2 form and proof of identity.

Gill and Baldovinos both agree most of the individuals that live on the street do not have all of these documents.

"We are soon going to be bringing new projects forward that are going to provide a place for people to stay," Gill said. "We need members of this community to stand up and say 'we want that to happen and we need that to happen', we need them to stop saying ‘don’t do it near me’.

Both organizations say that want to remind the community if they know a homeless individual or someone living on the streets to make sure they are getting the resources they need at one of their facilities.